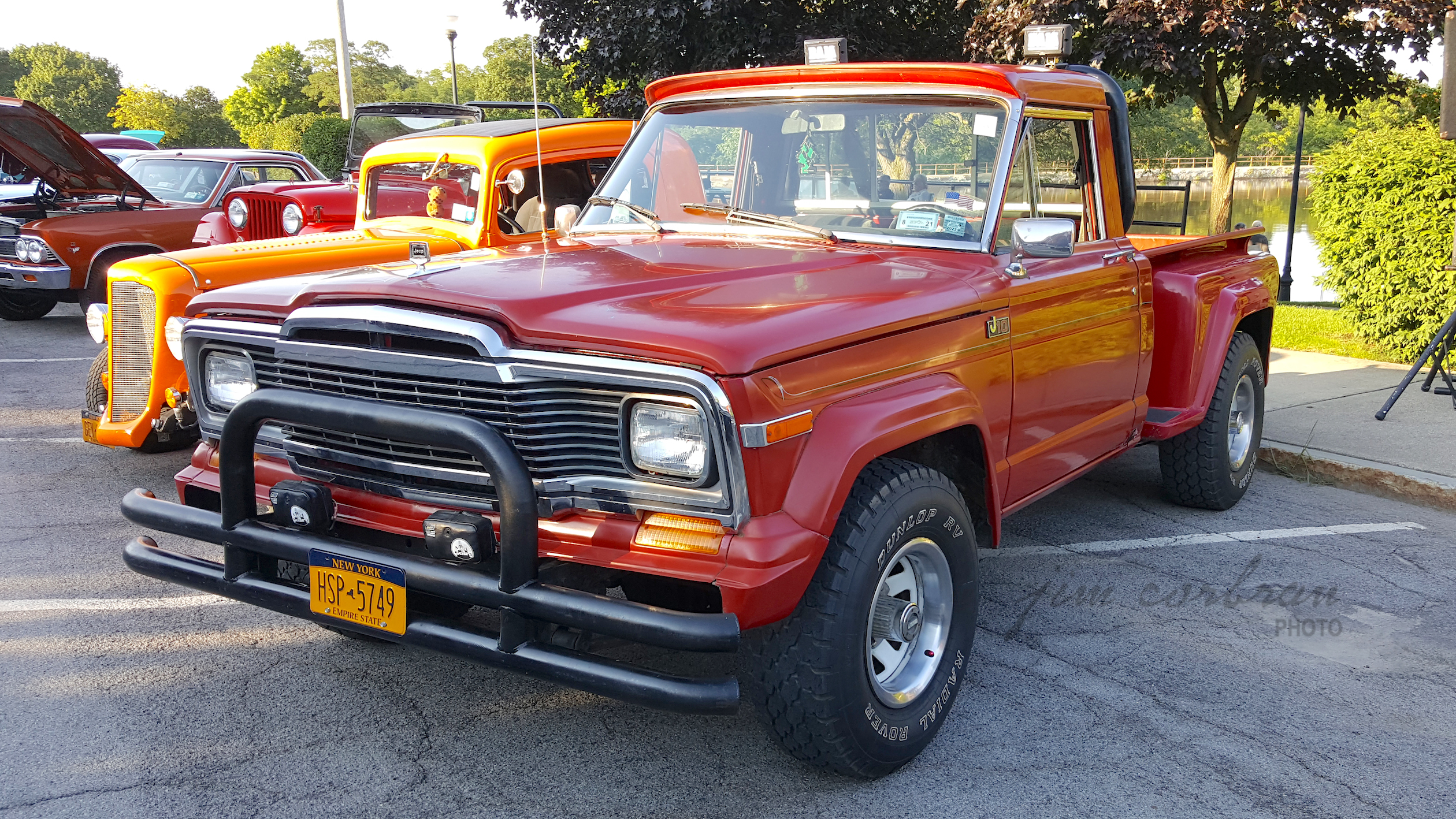 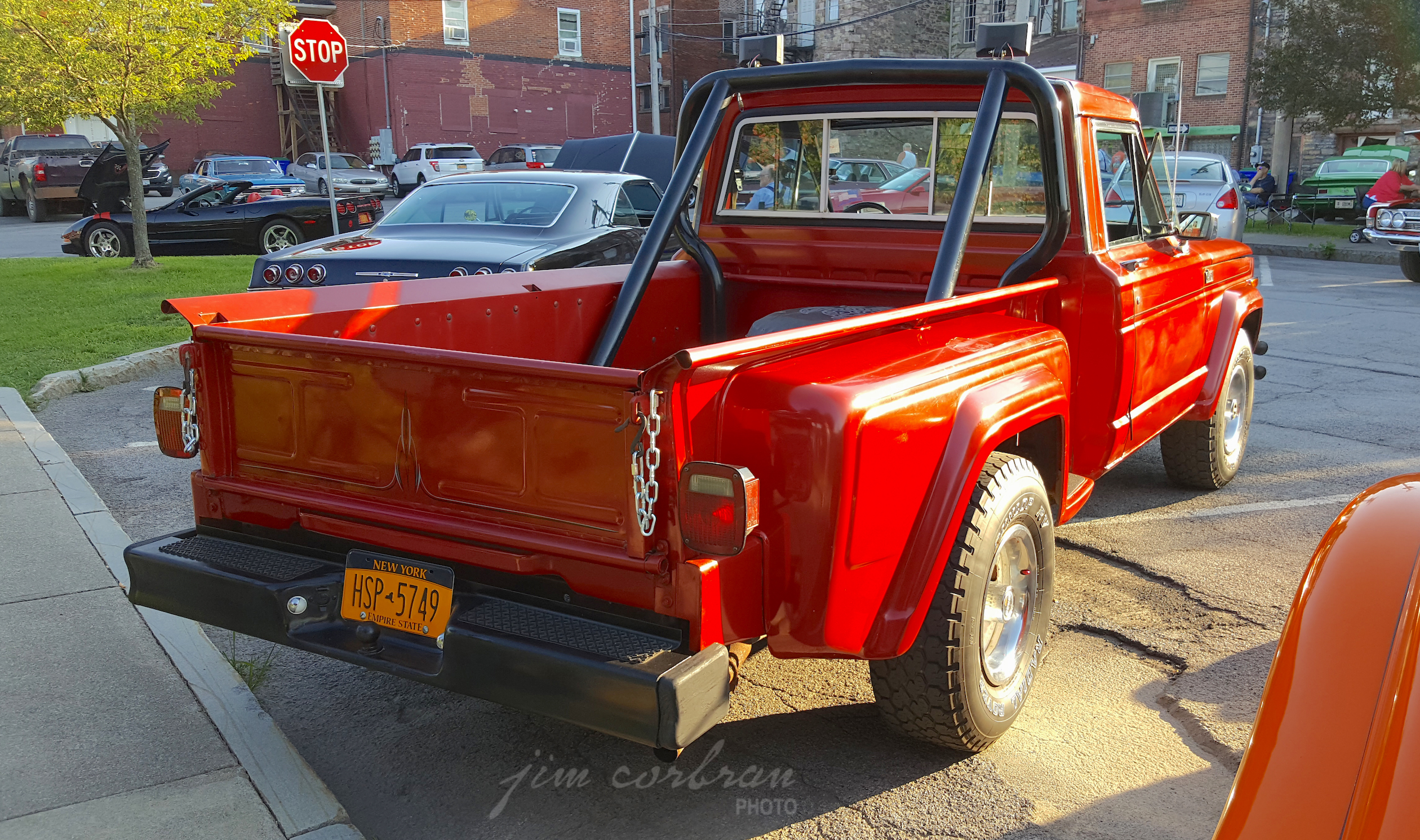 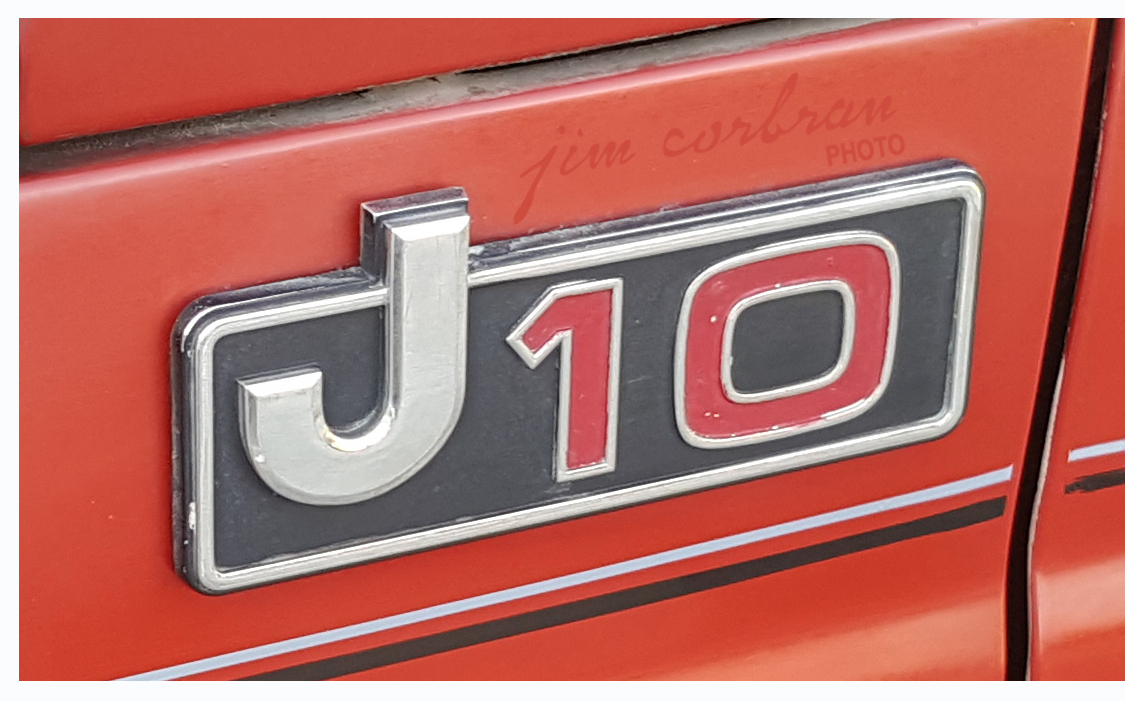 This 1980 Jeep J-10 Sportside is from the model’s debut year, where it came equipped from the factory with white-spoke wheels and 10x15 Owl Tracker AT tires. In his book Standard Catalog of Jeep 1940-2003, automotive writer Patrick Foster calls the ’81 J-10 Honcho Sportside “one of the best-looking trucks Jeep ever produced” (bottom of page). The J-10 remained in production just one more year after Jeep was bought by Chrysler in 1987, put to rest most likely because it competed with Dodge’s line of pickups. Funny, GM doesn’t seem to have a problem with Chevy & GMC selling competing models. We saw today’s RealRide last summer at a weekly cruise night in Medina.