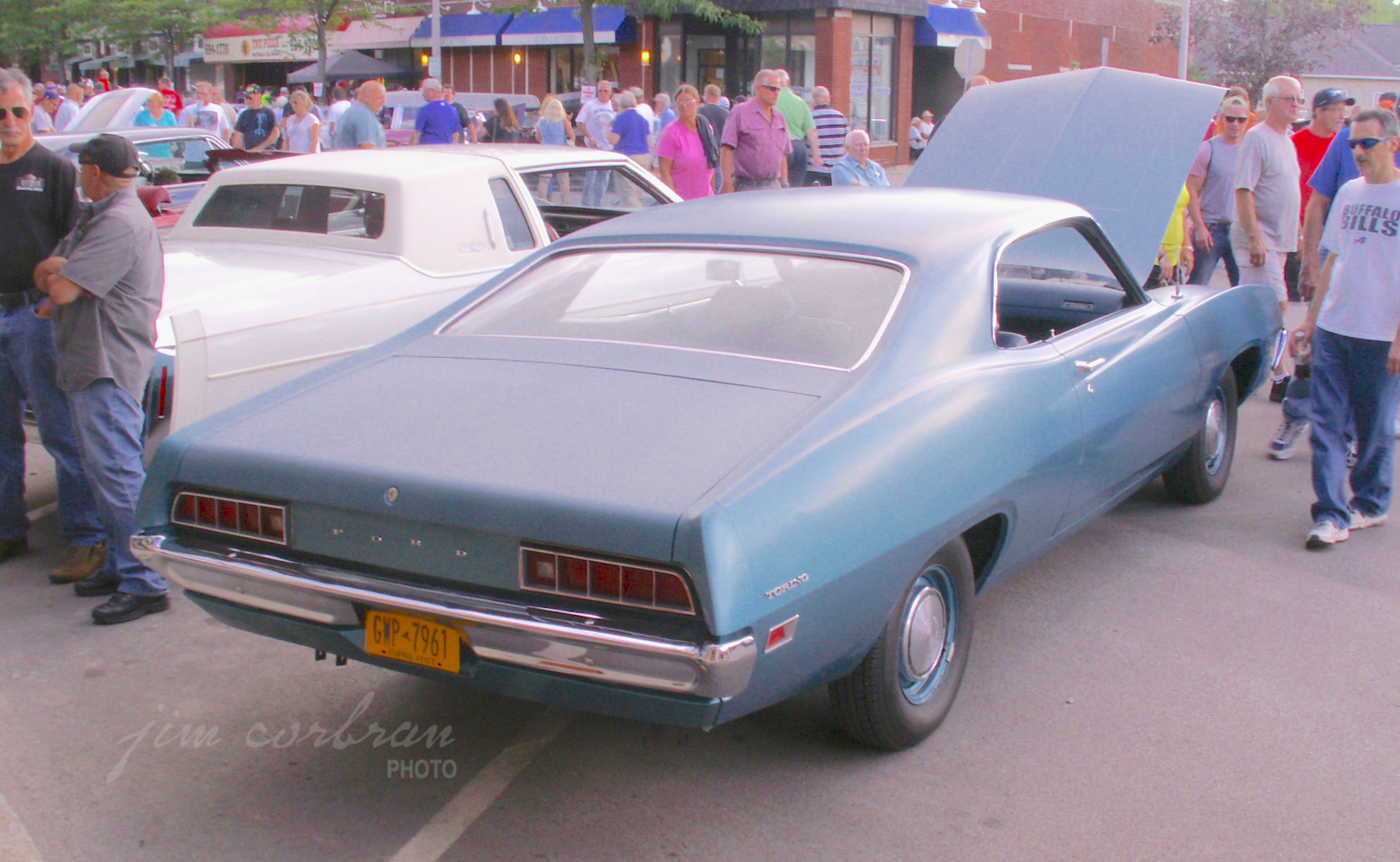 You wouldn’t guess it to look at it, but this 1970 Ford Torino was not the base model that year for Ford’s mid-size lineup. When they were introduced in the fall of 1969, that distinction fell to the Fairlane 500, which was still available in wagon, sedan, and two-door hardtop models. But halfway through the model year, Ford introduced the new compact Maverick and ended production of its venerable Falcon. The Falcon name didn’t die right there though — it was tacked on to an even base-er model of the Torino/Fairlane and christened the 1970-1/2 Falcon, available in sedan, wagon, and pillared-coupe models. See them all below. Today’s RealRide was seen back at the 2015 Canal Fest of the Tonawandas Car Show parked on the City of Tonawanda side. 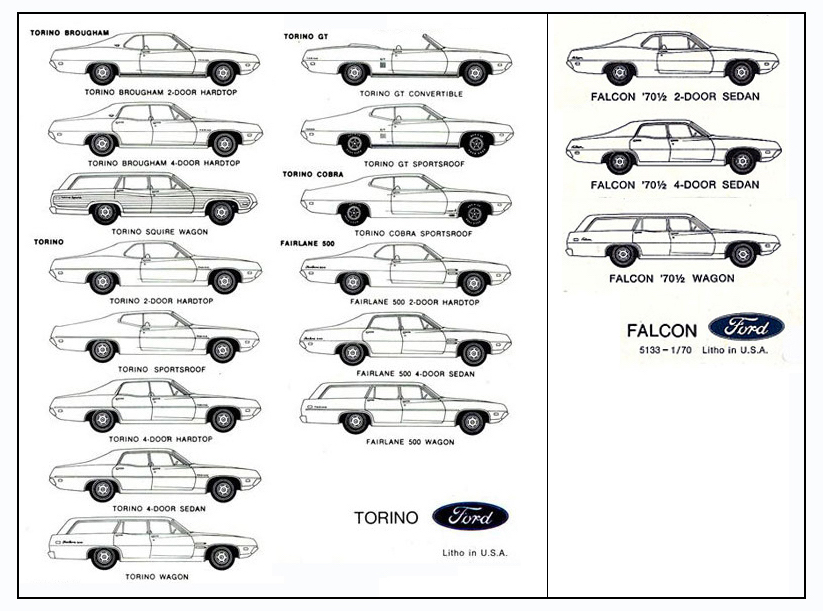