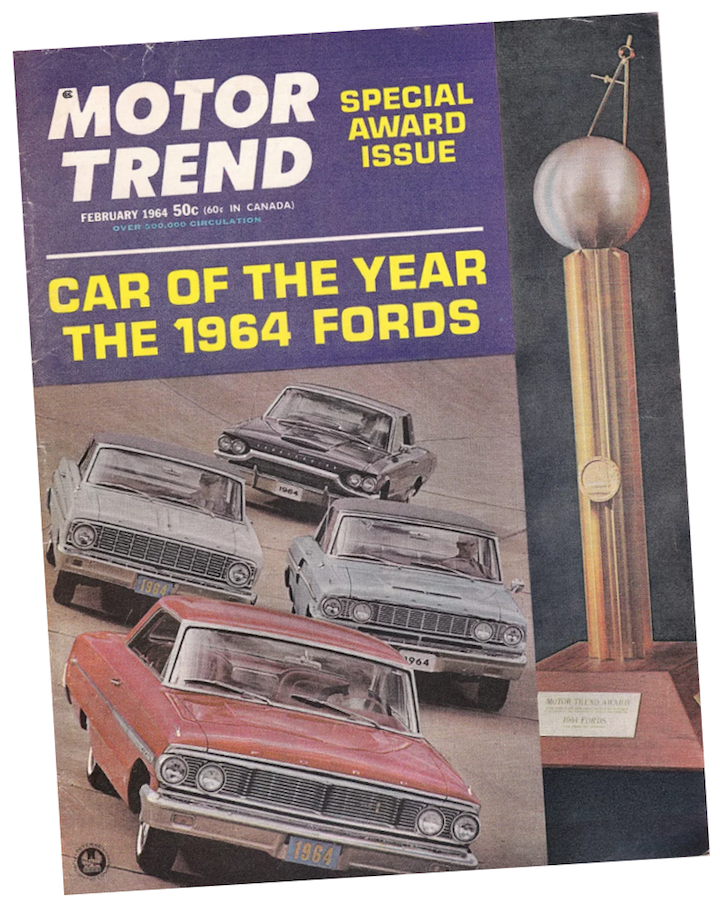 Motor Trend
magazine gave its 1964 Car of the Year Award to the entire Ford Division of the Ford Motor Company, citing “…engineering advancements in the concept of Total Performance” which had evolved from  “…testing under the most rugged and demanding conditions ever conceived — open competition.” We came across this nice 1964 Ford Galaxie 500/XL last summer at a cruise night in Akron. That rakish roofline was introduced halfway through model year 1963, in part to help Ford’s NASCAR drivers achieve better aerodynamics on the track, and in part (I’m guessing) as a response to GM’s lineup of full-size two-door hardtops that debuted for MY 1962, which also had a convertible roof-like crease line just forward of the rear window as seen below on the ‘62 Chevy Impala.