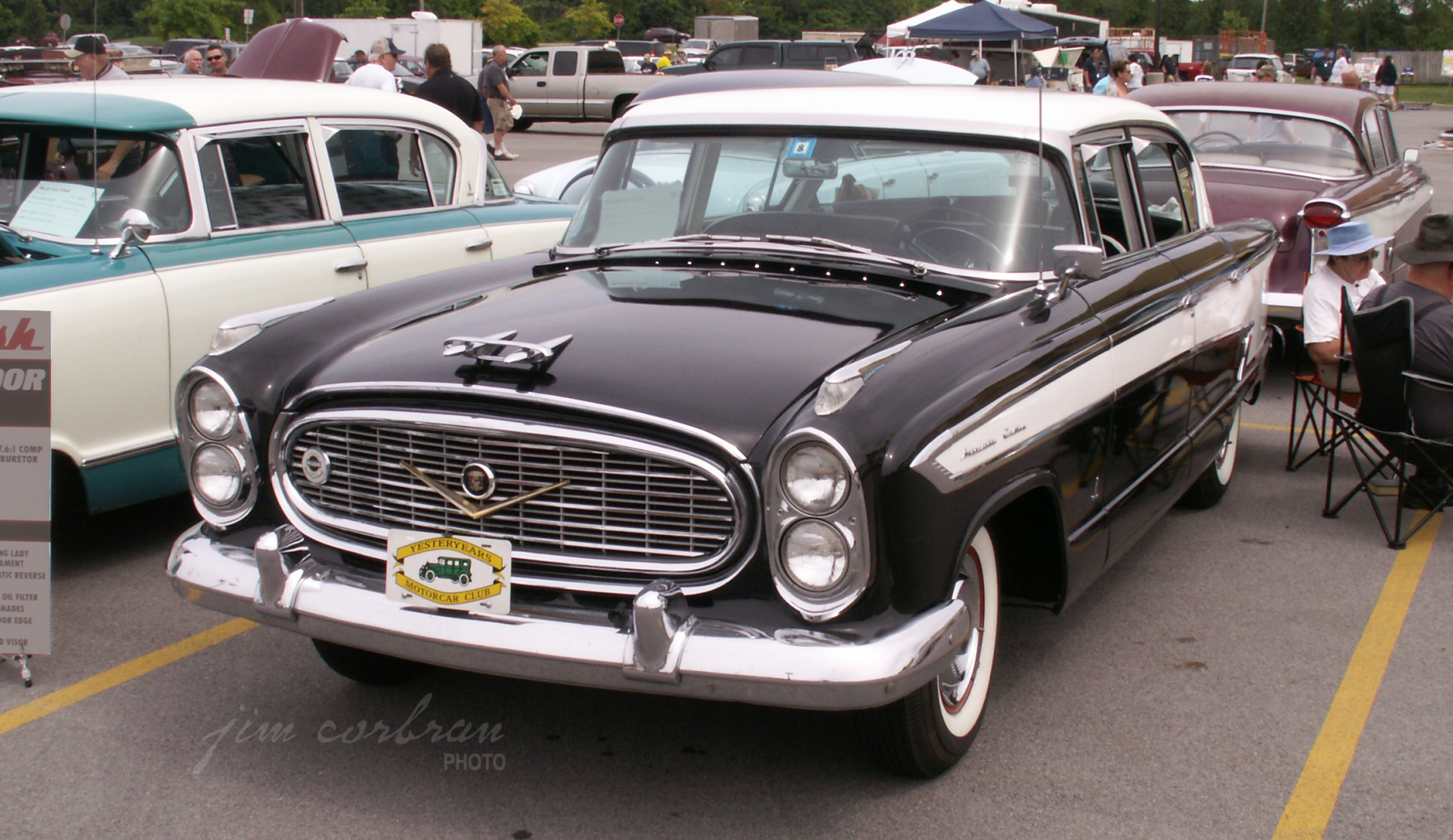 If this is the first time you’re laying eyes on a 1957 Nash Ambassador Custom, it could be because American Motors produced a total of only 3,600 full-size cars which wore the Nash nameplate in this, its final year: a four-door sedan and a two-door hardtop in each of the Super and Custom lineups. For the third (and final) year, Nash shared its basic platform with corporate cousin Hudson. The two-seater imported Nash Metropolitan stayed in production through model year 1962, but dropped the Nash part of its name beginning with model year 1958. We came across this rare Nash back in 2013 at the Grand Nashionals meet in Batavia.