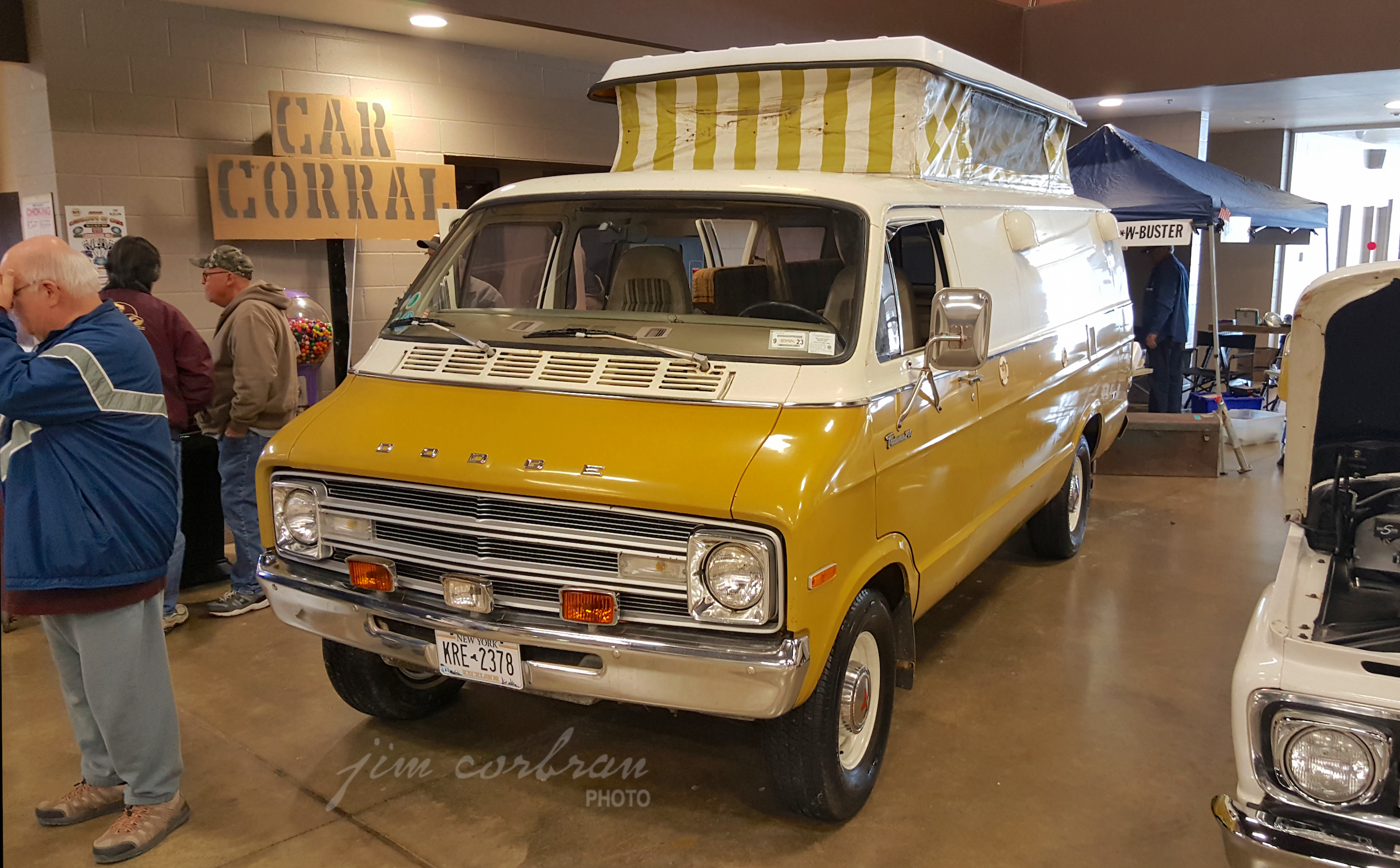 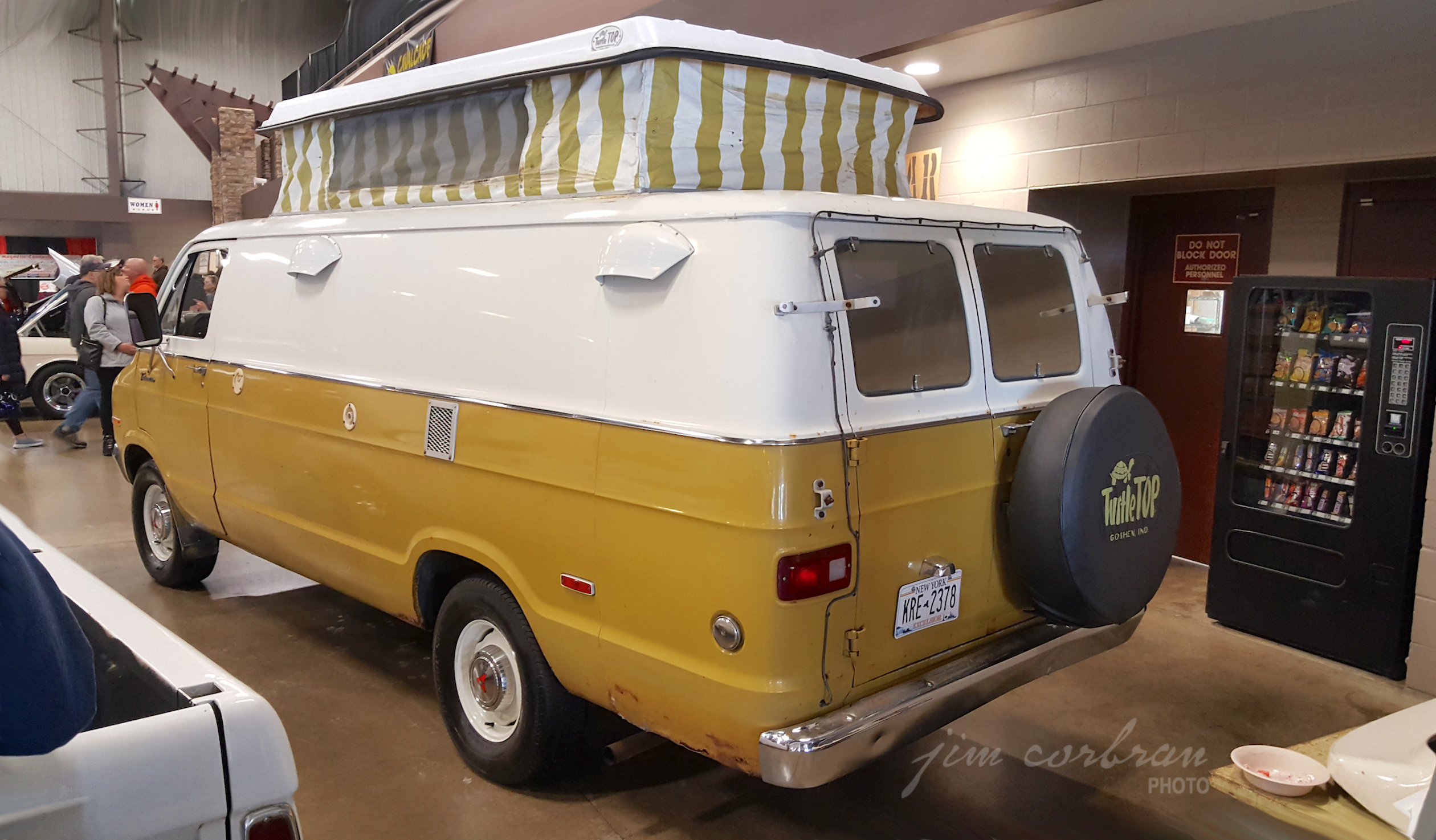 I imagine that today’s RealRides van is a little more recognizable than yesterday’s feature van was. It's probably not the first 1977 Dodge Tradesman 200 that any of you have ever seen, whether it be a work van, passenger bus, or camper conversion like this one. Back when it was new, Dodge made a big deal out of the fact that they offered “an exclusive single rear door” like the one seen at the bottom of the page in a brochure illustration. Looking at that door I imagine it had its advantages as well as its disadvantages — on the one hand, you get a full opening with just one motion (not to mention a one-piece full-width window); on the other hand, it takes up a lotta space behind the van in the fully open position (don’t park too close to anybody!). We saw today’s RealRide earlier this month at the Cavalcade of Cars car show in Hamburg. 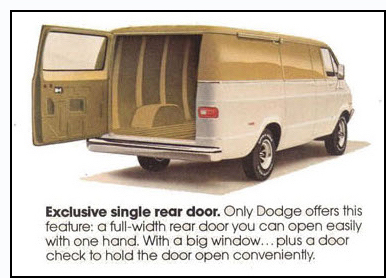