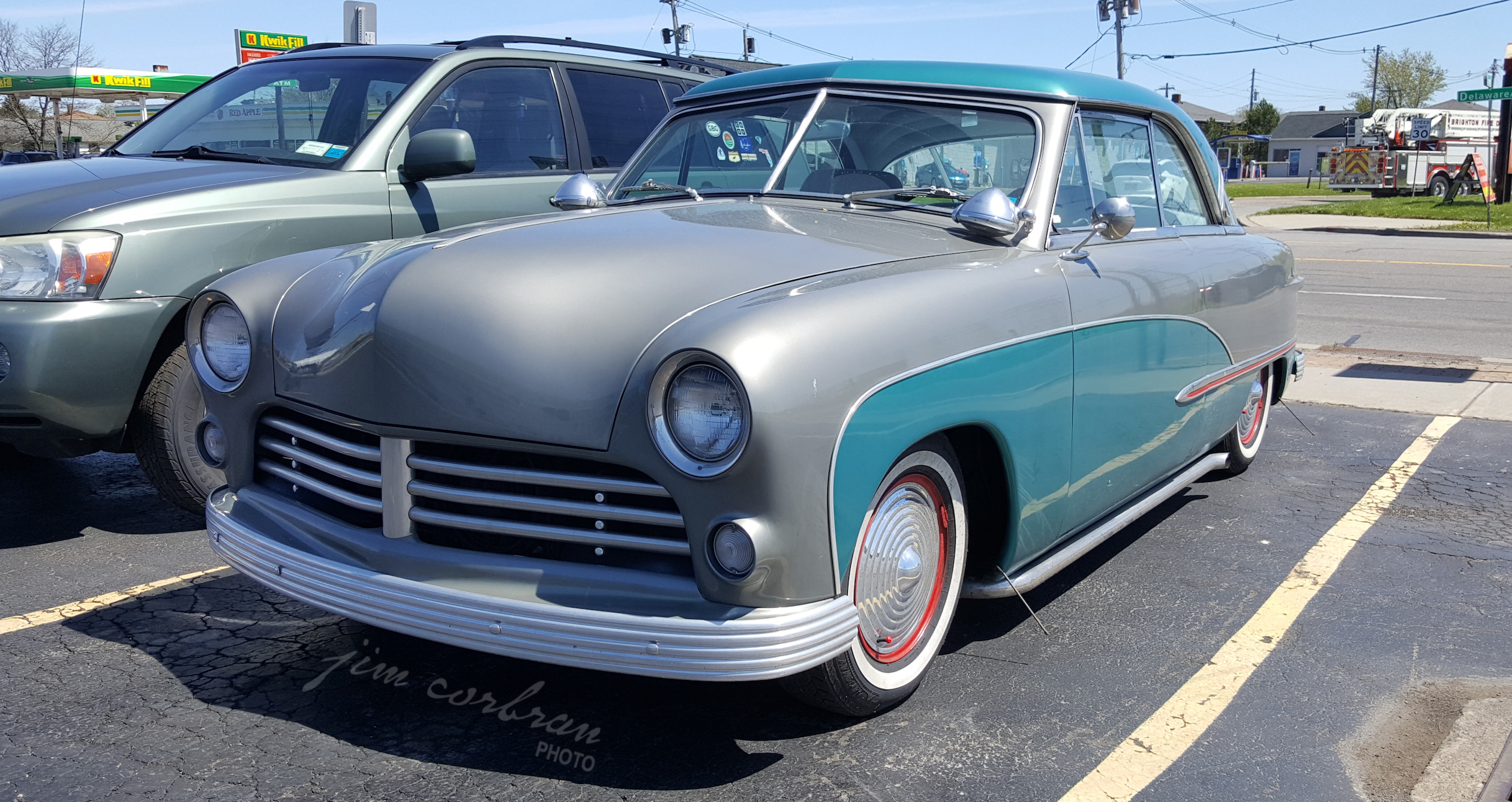 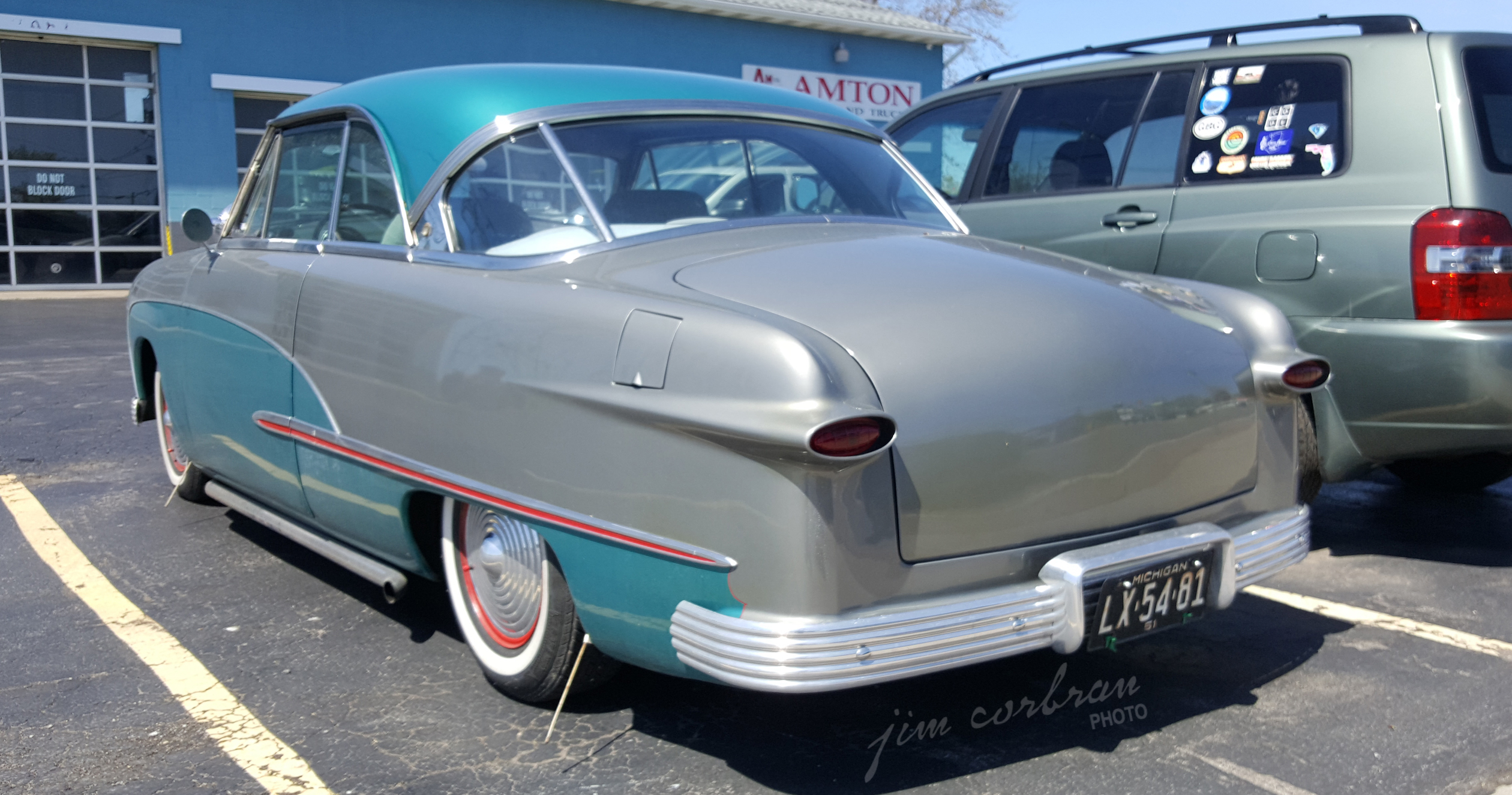 Another often-seen car at last season’s cruise-ins is this 1951 Ford Victoria which we came across in Tonawanda soon after its acquisition (we think) by a new owner early last year. We’re making this judgment based on the fact that it’s wearing a vintage Michigan tag which I don’t believe was still on the car when we saw it later in the year. This one’s wearing modified trim from the Ford Crestline, which was Ford’s top model before the Victoria was introduced for the 1951 model year. See the illustrations below to contrast it with the production Victoria’s trim. Introduced as a placeholder in 1950 until Ford could get a pillarless hardtop to market, the Crestliner was dropped from the lineup before the 1951 model year ended.