The fender badge on this 1974 Ford Gran Torino Elite shows that, when introduced that year it was part of the Torino lineup. When the 1975 models debuted it was a standalone model with no Gran Torino moniker attached. The Gran Torino Elite was an immediate hit, with initial-year sales of over 96,000; the following year that number jumped to over 123,000. The downside of that was the effect on Thunderbird sales. As you can see from the 1974 ad below, Ford touted the Gran Torino Elite as being “In the Thunderbird Tradition.” T-Bird sales went from 87,269 for MY 1973 to 58,443 following the introduction of the Elite which cost almost three grand less. We saw today’s RealRide last October at the annual Peek ‘N Peak Fall Festival Car Show in Clymer. 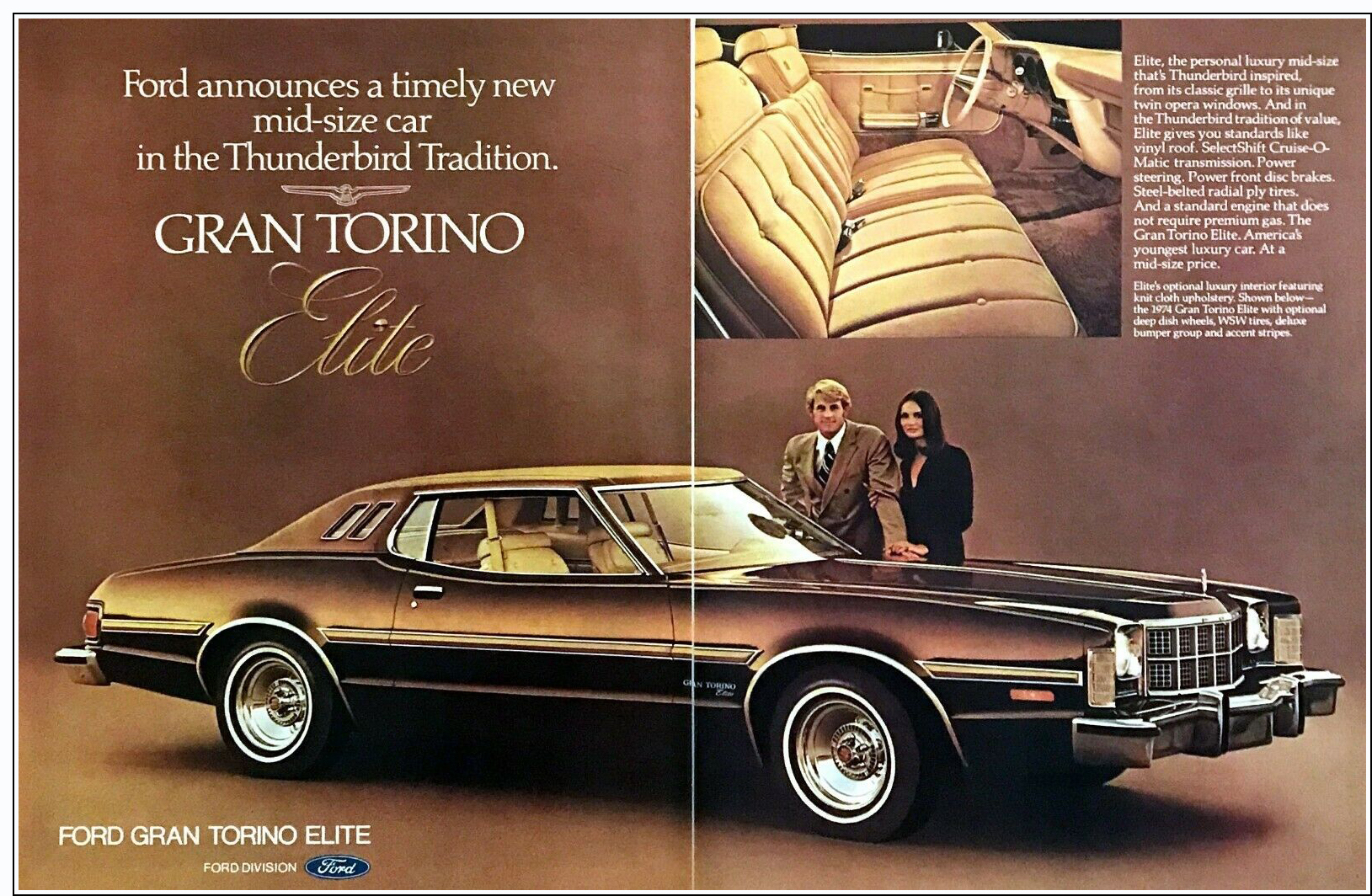