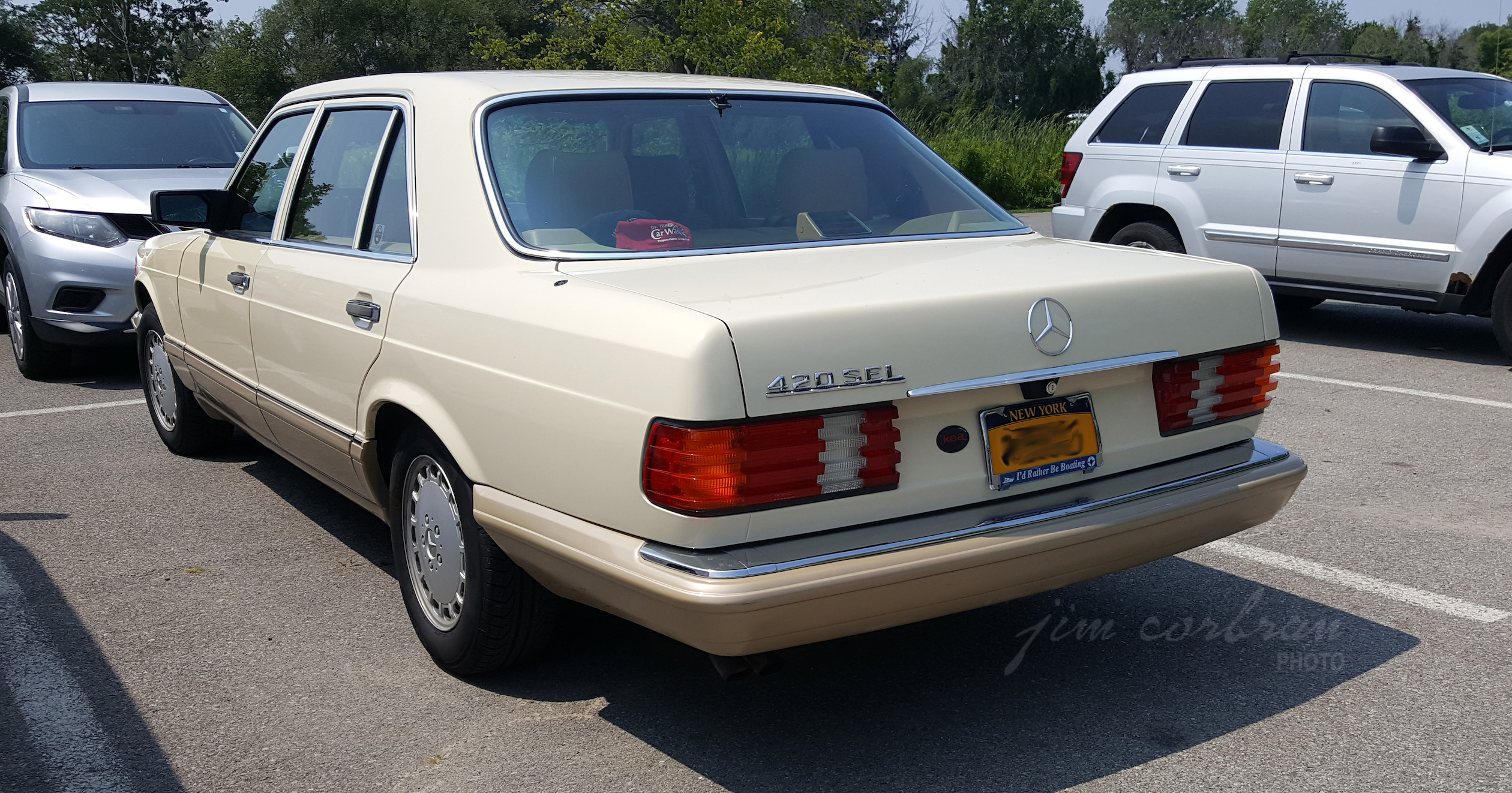 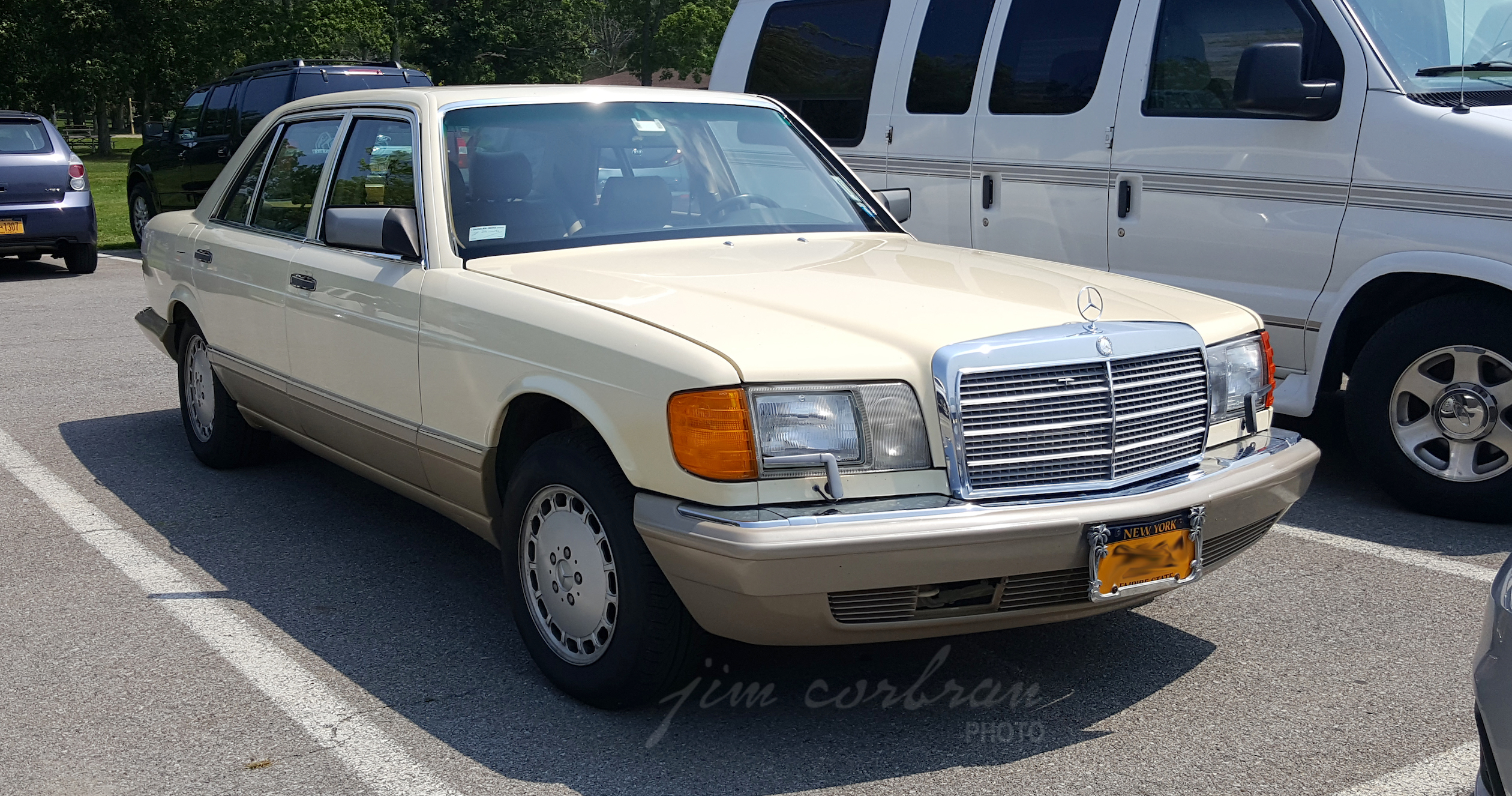 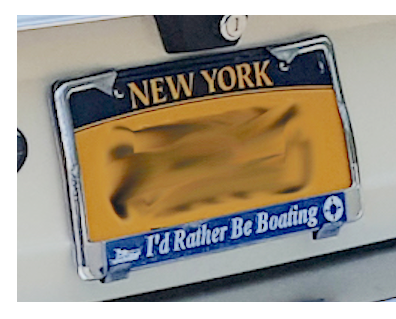 The rear license plate frame on this 1989 Mercedes-Benz 420 SEL says “I’d Rather Be Boating.” And judging from its parking spot on Grand Island a few hundred feet from the Niagara River, I’d say that its owner was doing just that one fine August day last summer, where we spotted it as we bicycled over to Beaver Island State Park. While not a h-u-g-e car by American standards, the 420 SEL was Mercedes’ long-wheelbase (thus the “L”) flagship sedan back in the day. Anyone who’s known me for awhile can vouch for the fact that if this were my car, that plate frame would read “I’m Happy To Just Drive This Car.” Beautiful!