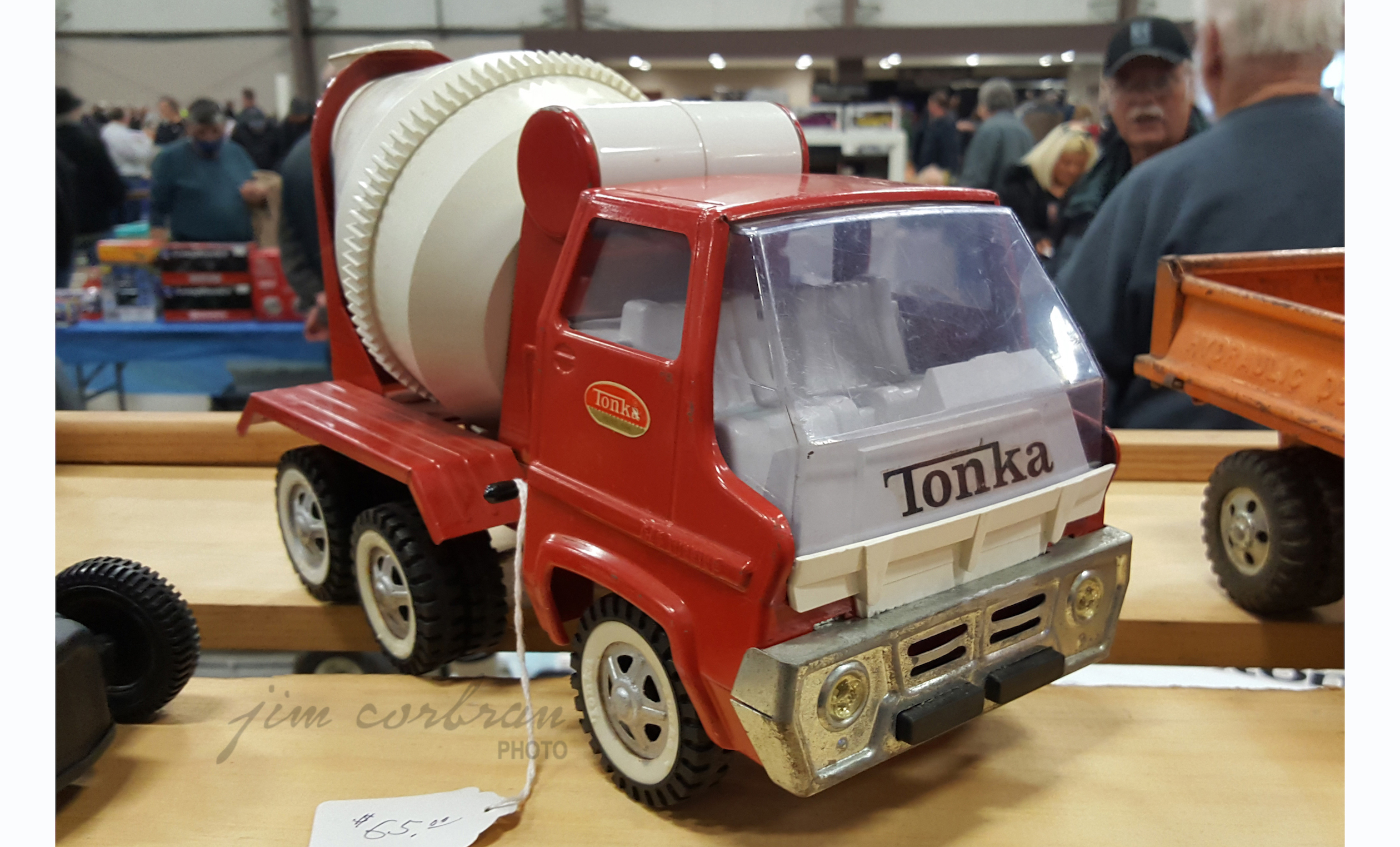 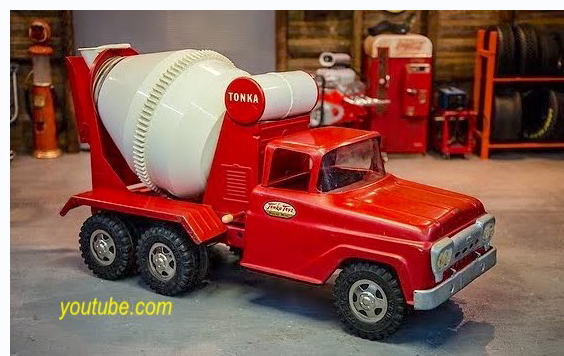 We found this Tonka Cement Mixer, c1968, on a vendor’s table recently at the Snowbuster Swap Meet at the Events Center on the fairgrounds in Hamburg. Back in the day, these trucks were made of heavy gauge metal and could really take a beating. The photo on the right shows an older version from around 1960. I never had either of these — but I did have a Structo dump truck, which was really cool with its hydraulically operated dump box, like the one seen here at the bottom of the page from a recent eBay auction (where you could Buy It Now for $88.49). 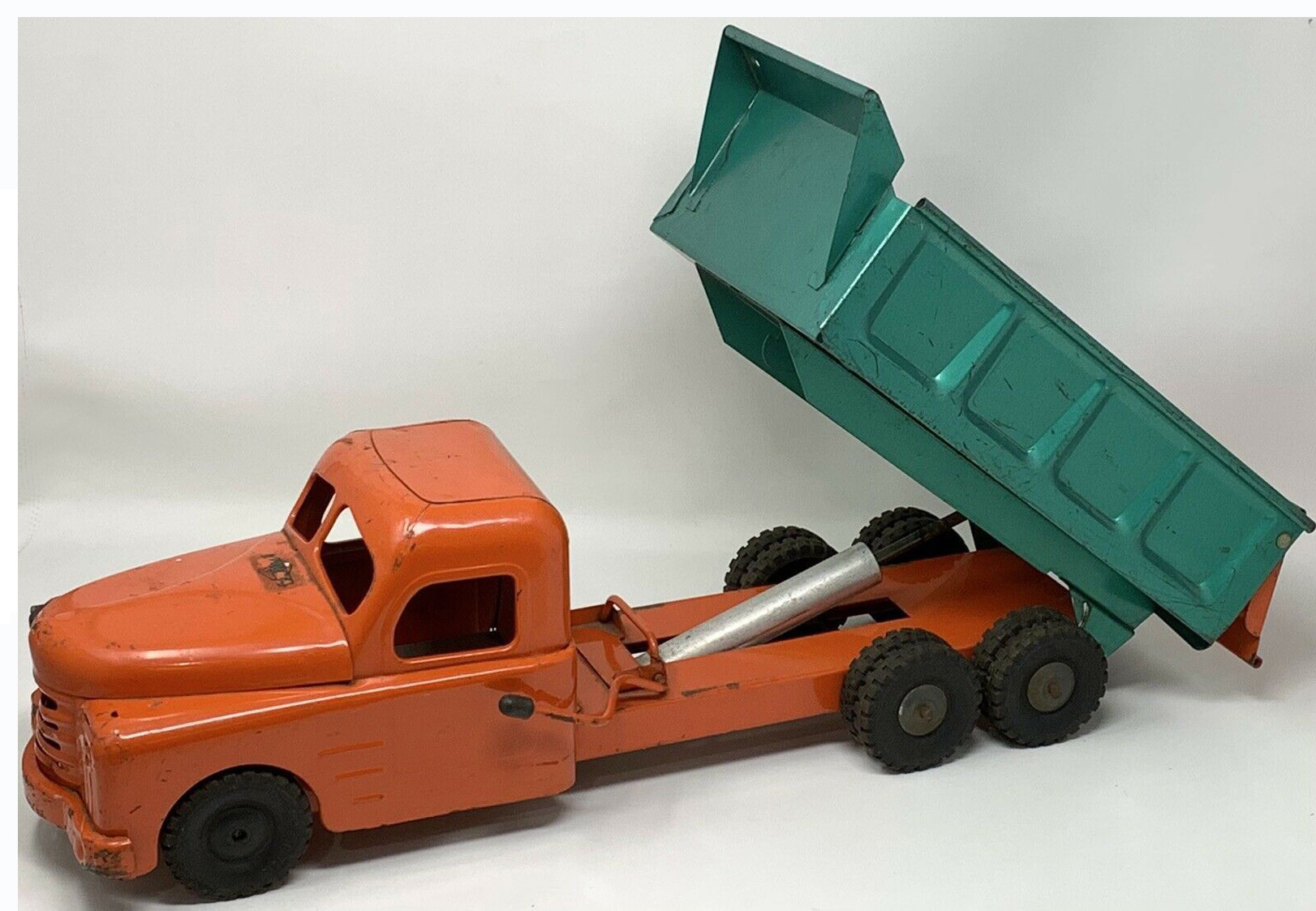