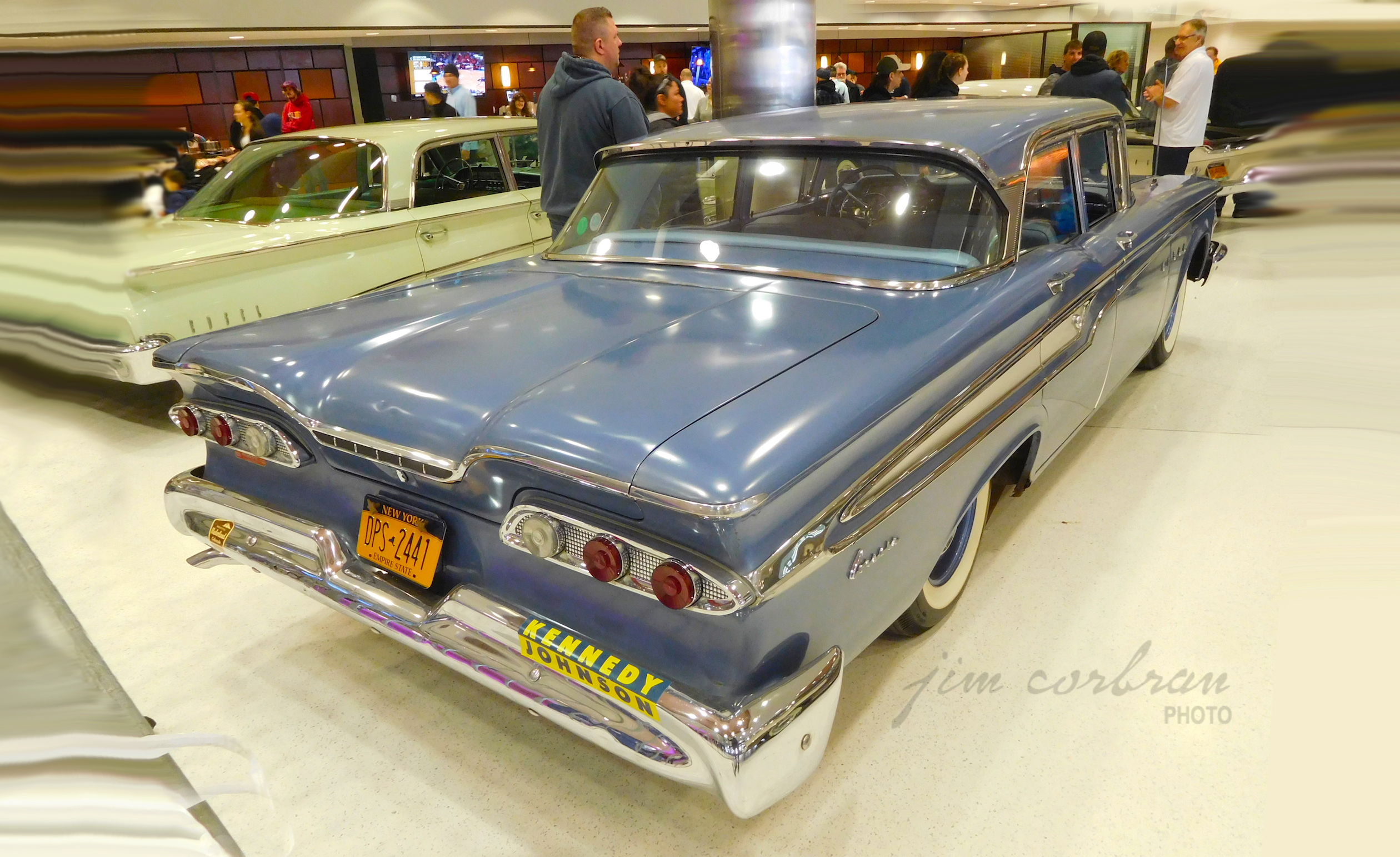 Our friend (and RealRides reader) Joe Galvin recently added this 1959 Edsel Corsair to his eclectic classic car collection. We saw it a few weekends ago at the Buffalo Motorama which was held in the downtown convention center in Buffalo. A quick look at that year’s brochure seems to indicate that full wheelcovers were standard on all 1959 Edsels, but there’s a slew of them on the internet wearing the same dog dishes we see here on Joe’s Star Blue sedan. Just guessing here… either Edsel started de-contenting during the model run to bring down the MSRP, or maybe they just started running low on the two different wheelcovers which had been used since the Edsel was introduced the previous year (see below) and didn’t want to procure any more because at this point Ford’s higher-ups already knew Edsel was on its last legs. Then again, maybe a lot of owners out there just like the way these look. I can see that. I like the way these look. 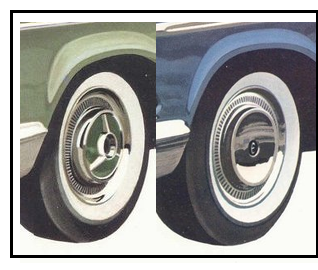