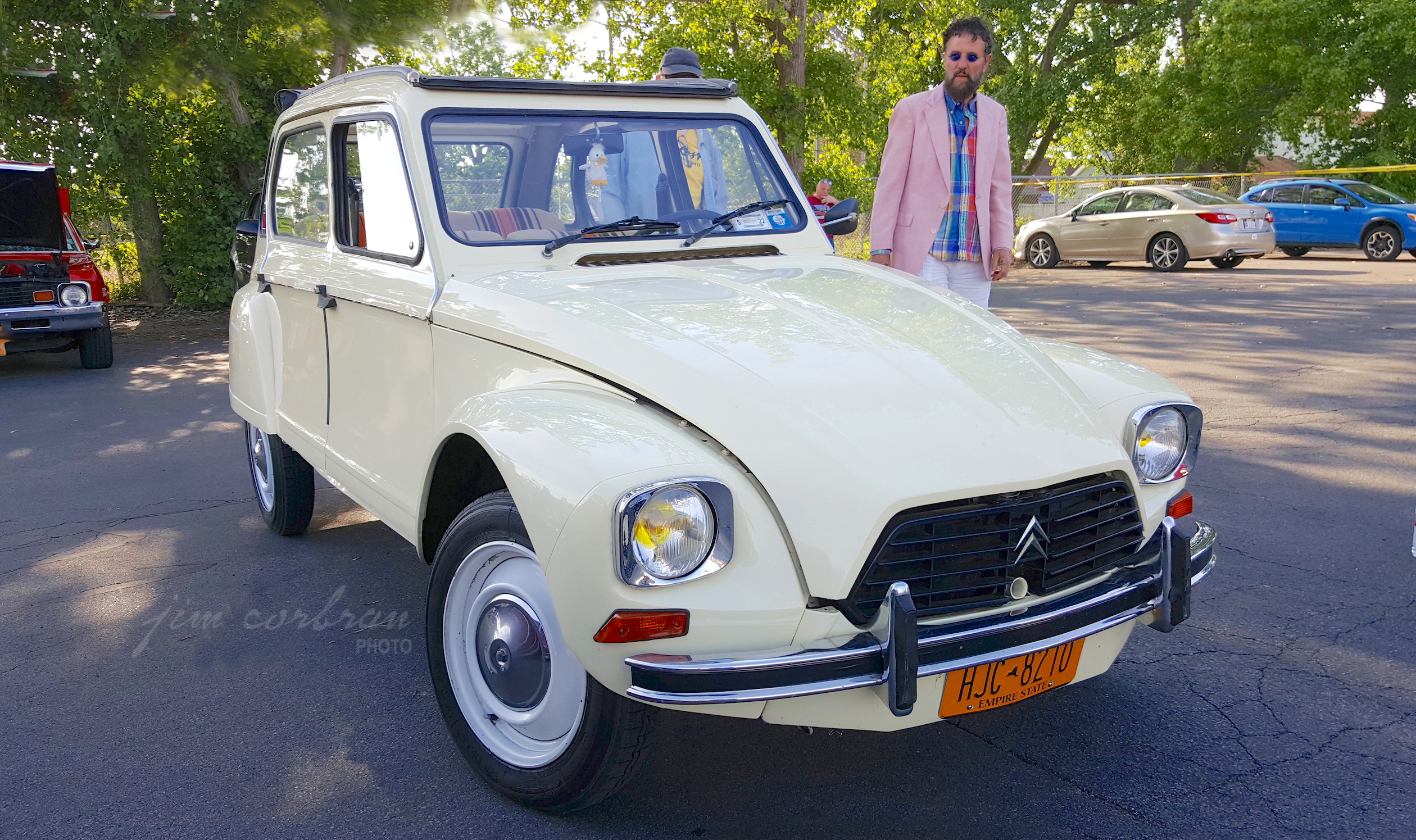 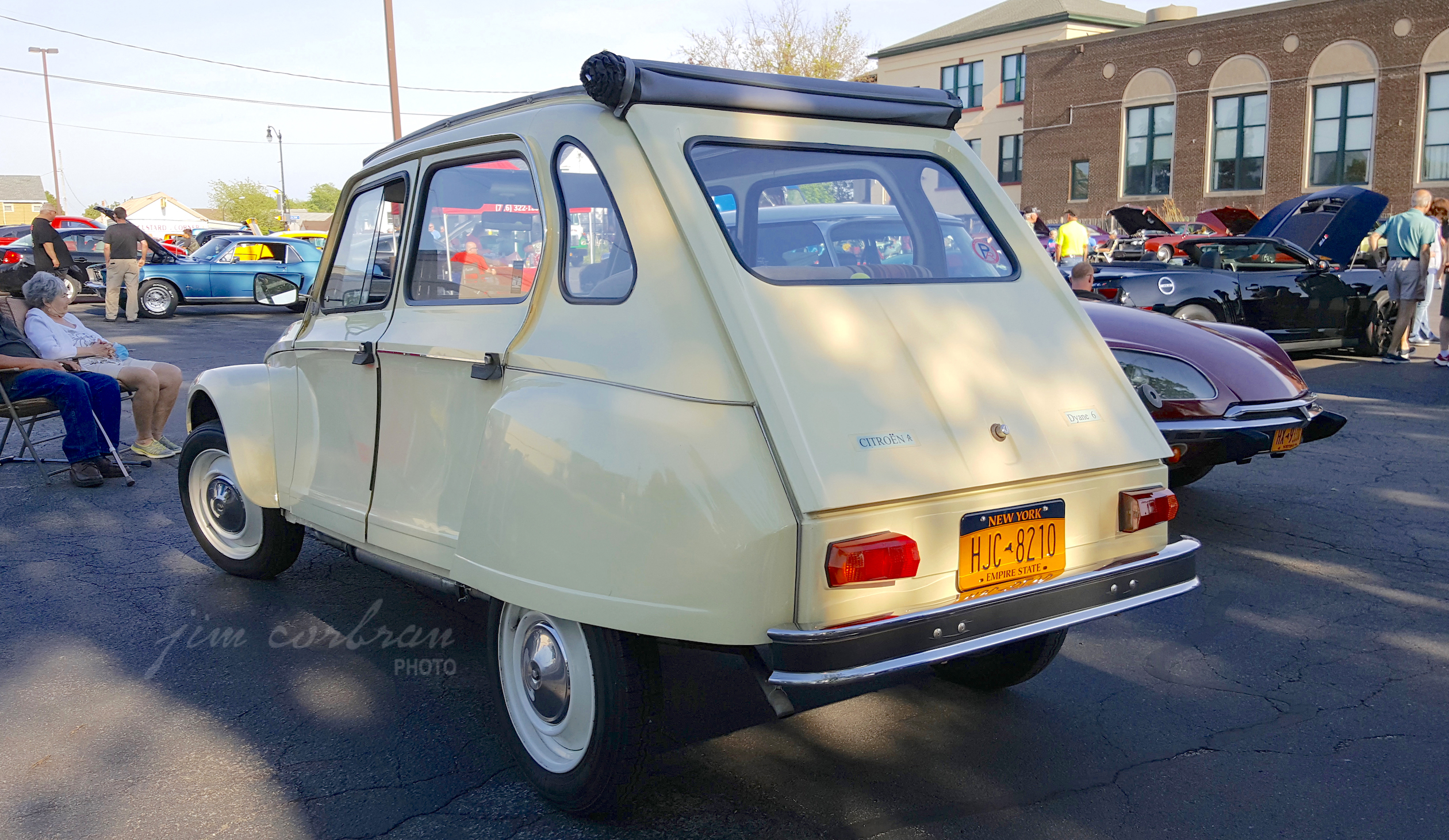 After the end of World War II, I imagine is was difficult for the French population to warm up to Germany’s economical Volkswagen, so they came up with their own People’s Car — the Citroën 2CV. It was introduced at the 1948 Paris Auto Show and was much beloved by the French car-buying public. Some 20 years later, Citroën decided it was time for an upgrade. Today’s RealRide, a 1969 Citroën Dyane 6, is that car. But much to Citroën’s chagrin, the 2CV, which had temporarily remained in production (so they thought) continued to sell well. Well enough that by the early 1980s the Dyane went out of production while the 2CV still soldiered on. That’s owner Steven Botsford in the top photo alongside his car at a summer of 2021 Good Neighbors Cruise Night in South Buffalo.