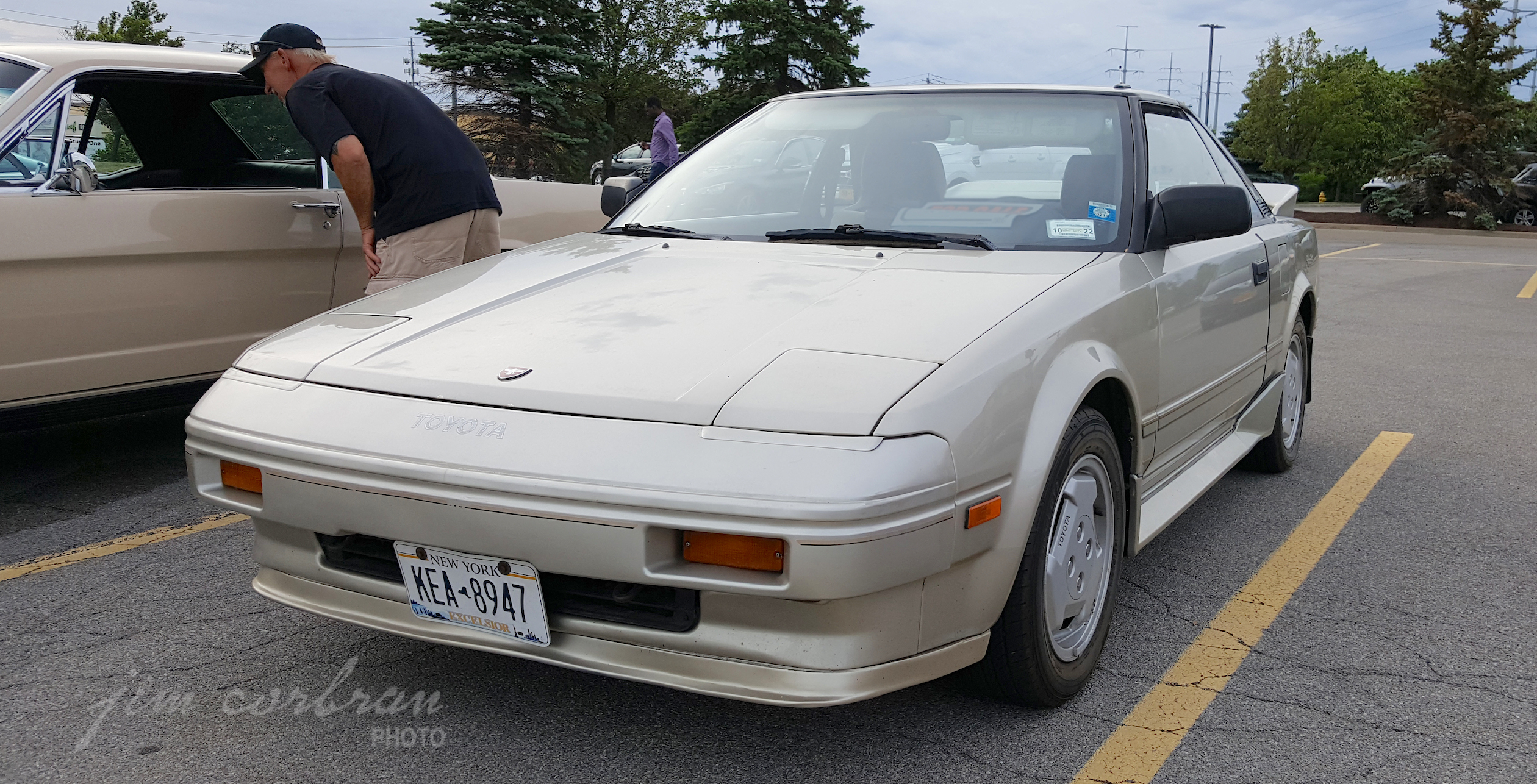 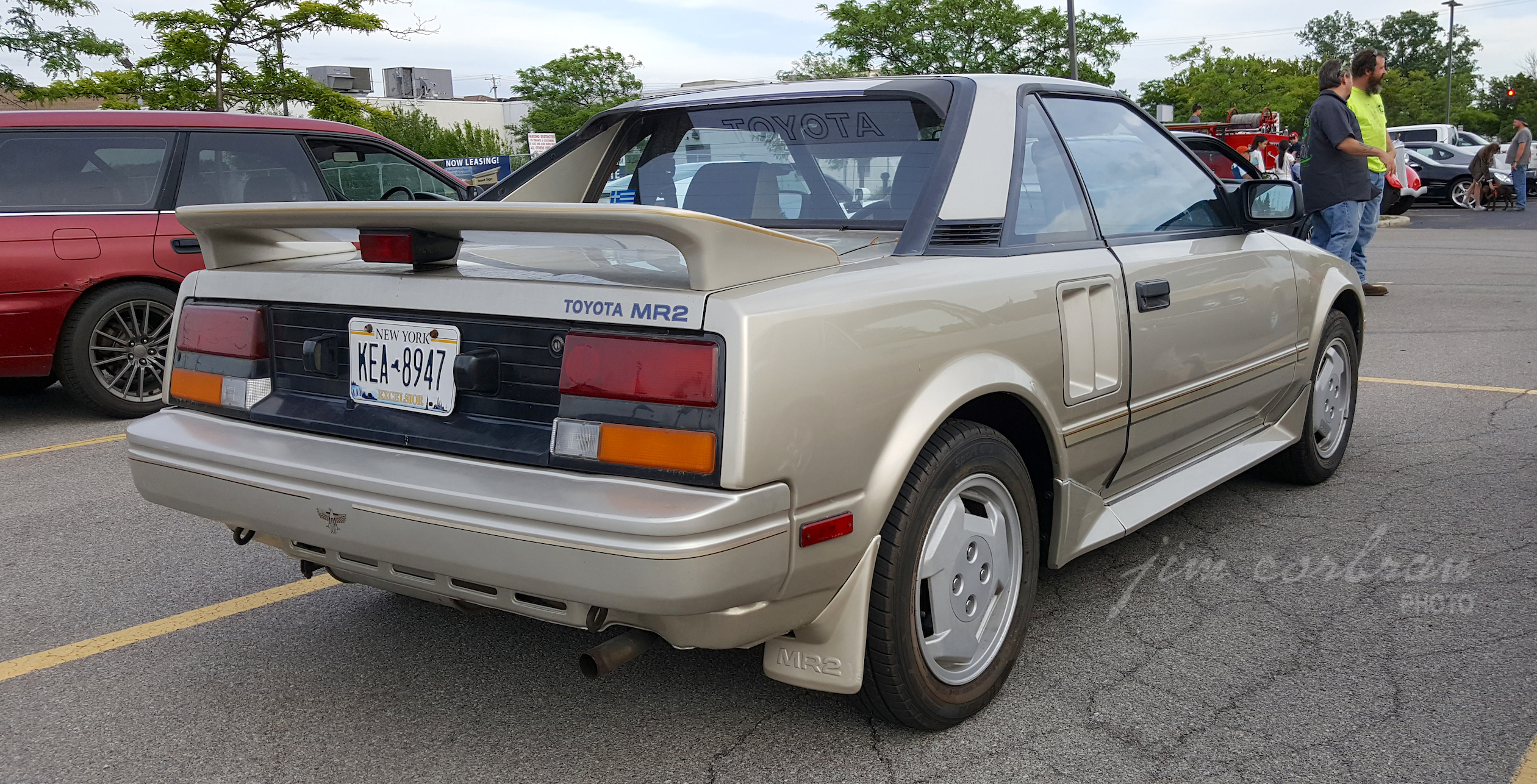 One magazine ad called the 1986 Toyota MR2 “Too much fun for the timid,” while Car and Driver opined “Any car with a higher fun-per-dollar quotient would never be allowed by the IRS” — a fitting quote for today, April 15th, wouldn’t you say? We came across this nifty Toyota mid-engine two-seater last summer at a weekly cruise night at the Anchor Bar in Amherst. It was wearing a For Sale sign, so who knows where it might be now.