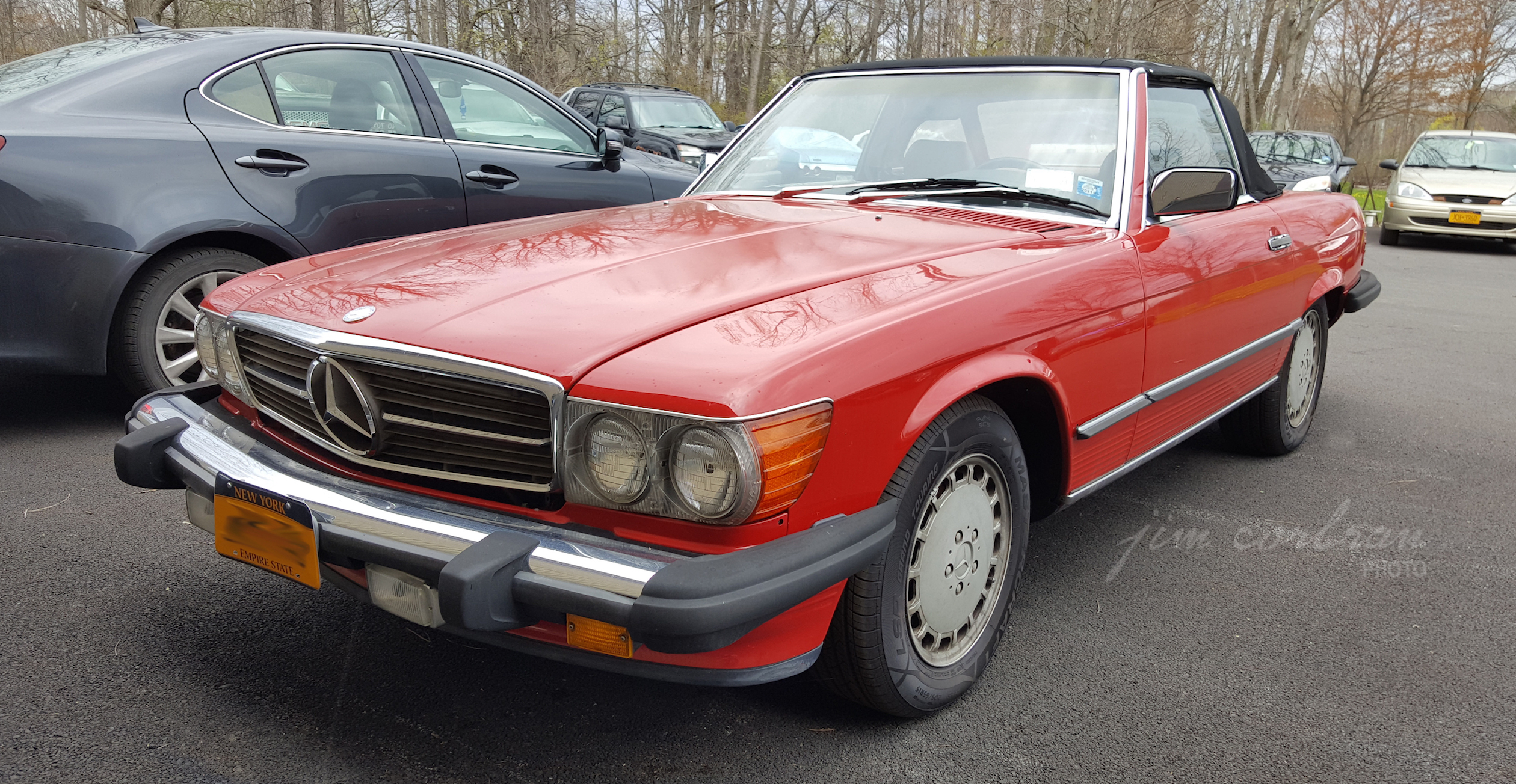 This 1989 Mercedes-Benz 560 SL shows that even some of the greatest automotive designers in the world didn’t cope very well with the onset of the CHMSL (Center High Mount Stop Lamp). Federally mandated for all passenger cars sold in the U.S. beginning with model year 1986, convertible models posed a problem for the “quick fix” — which in most instances meant adding that center brake light to the package shelf where it shone through the rear window. Nope, that wouldn’t work on convertibles so — voila! — let’s just slap it on top on the trunk lid. Ugh. At least Ford tried to disguise it a bit by adding a luggage rack to the Mustang (see below). We saw today’s RealRide just about a year ago in Youngstown. 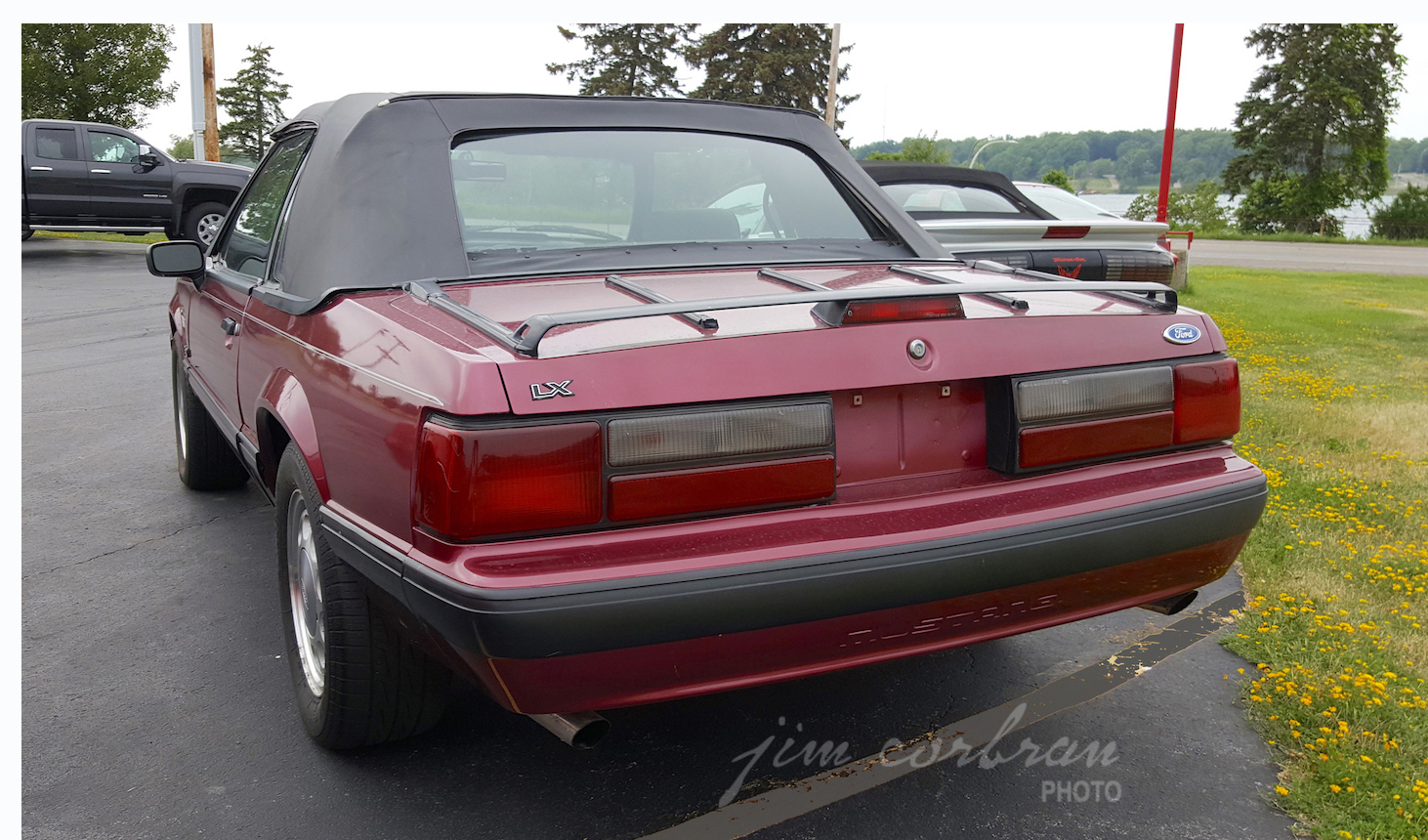