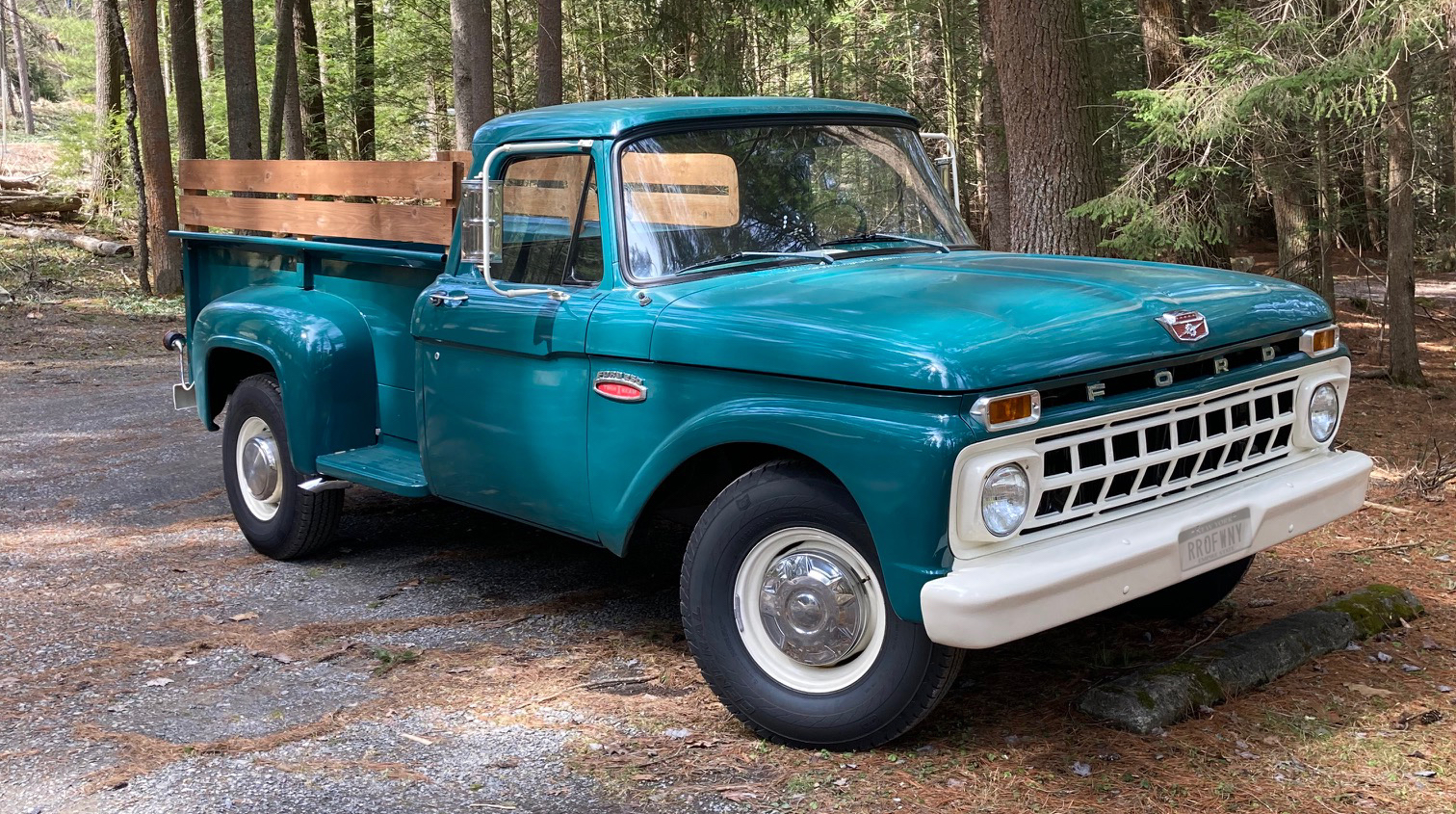 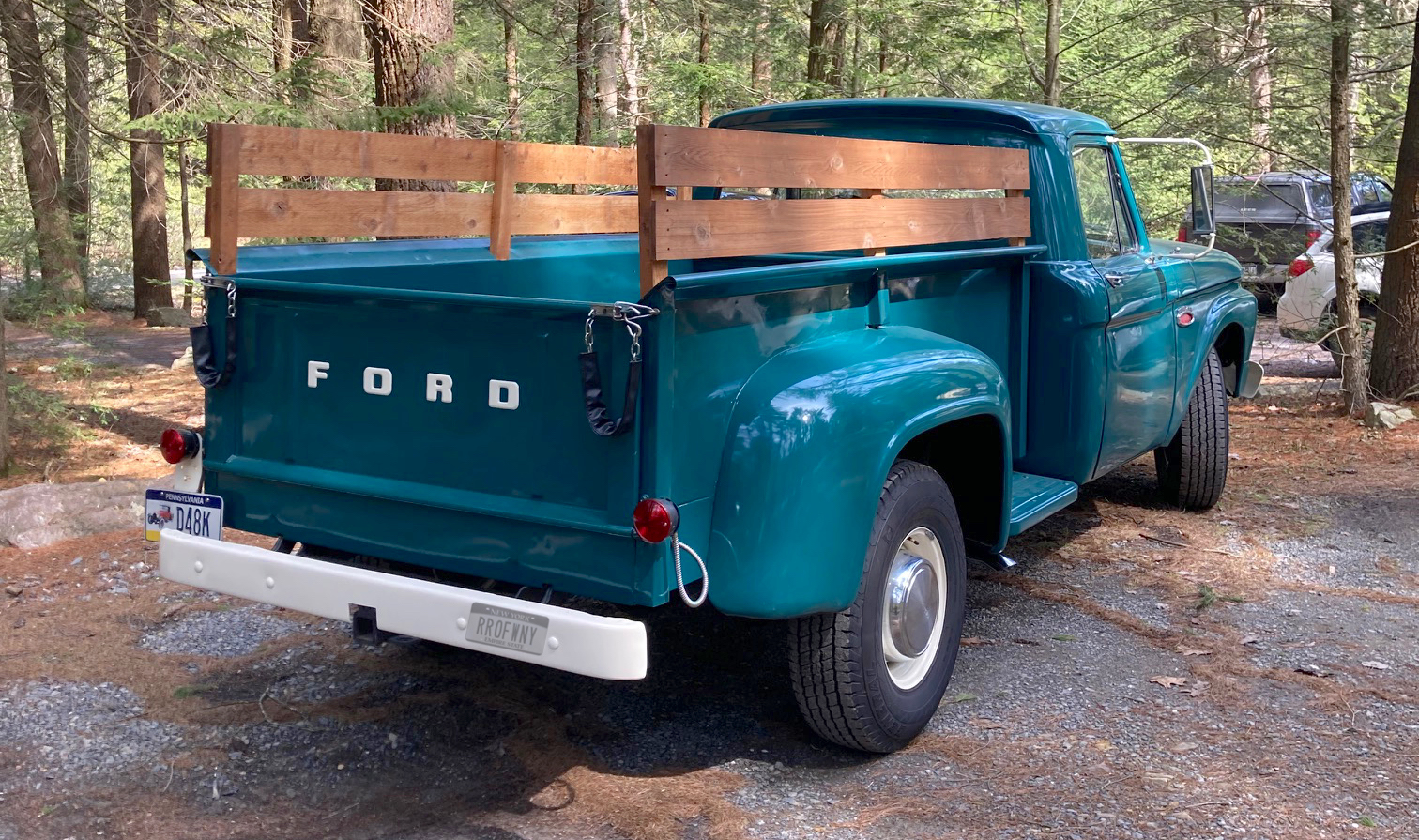 Old friend/neighbor and current RealRides reader/Pennsylvania resident Rick Lapp sent us these photos a few weeks ago. It’s a pristine-looking 1965 Ford F-250 Flareside which he encountered just before a hike in Raymond B. Winter State Park in Hartley Township in the Keystone State. The F-250 had a gross vehicle weight of 7,500 lbs., and like all Ford pickups of the era, proudly announced its Twin-I-Beam independent front suspension via a front fender badge like the one seen in the inset. The hood badge would seem to indicate that this one’s equipped with one of Ford’s two inline six-cylinder engines, of either 240 or 300 cubic inches. The 352cid V8-equipped trucks wore a badge like the one at the bottom of the page. 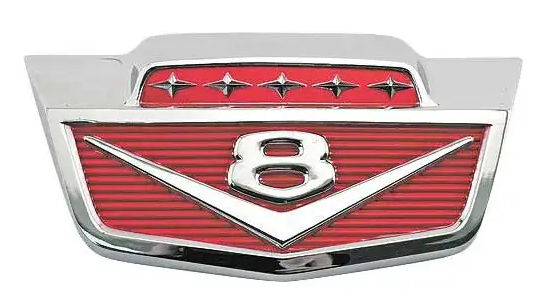