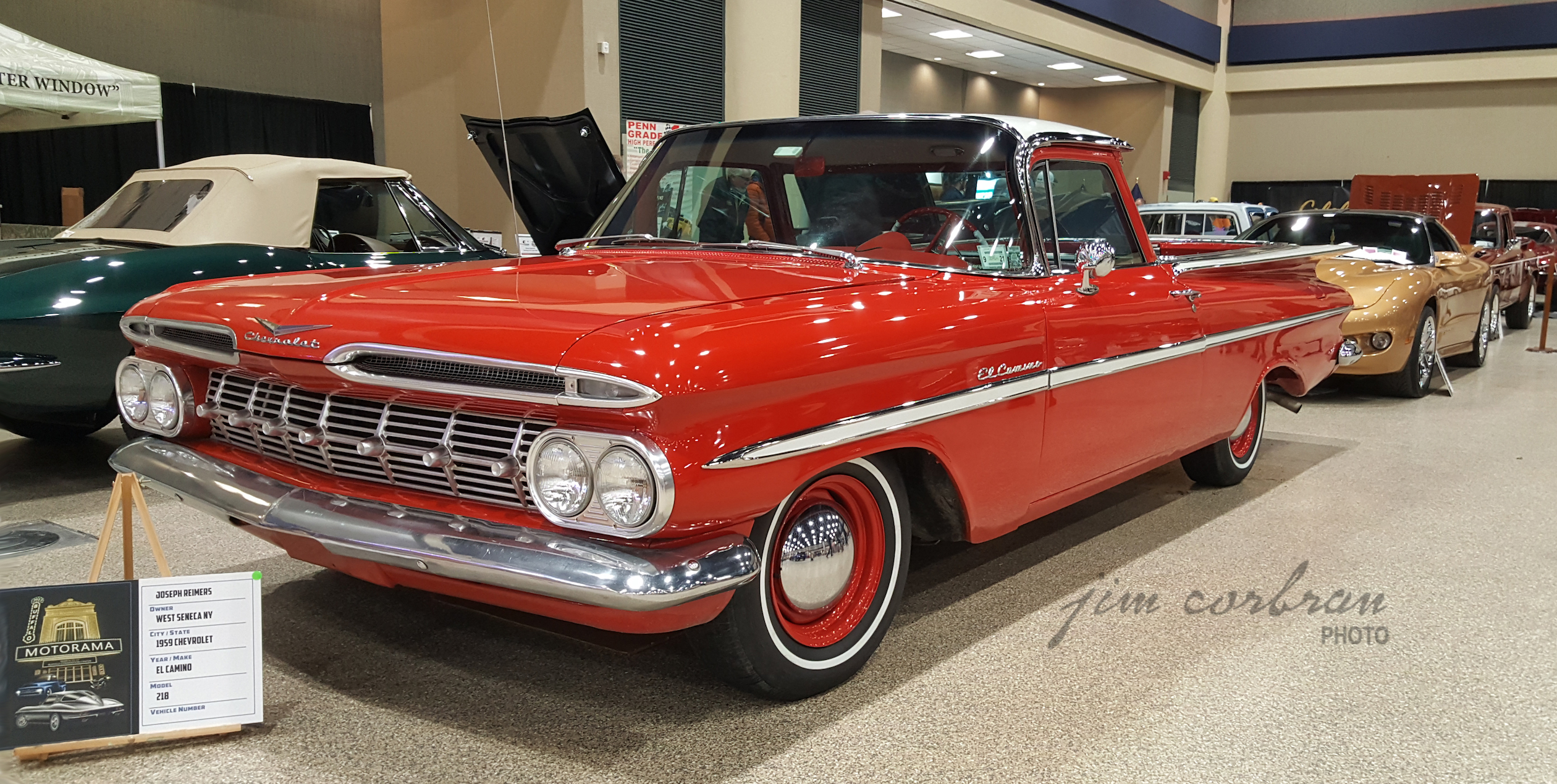 Another day, another pickup. Although, this one’s much more car-like than yesterday’s RealRide. That’s because this 1959 Chevrolet El Camino is basically a heavily modified Chevy station wagon. The brochure called it “…an ideal blend of passenger car glamour and truck utility that will add enjoyment to your tasks and status to your business!” Would Chevy had even produced such a vehicle if Ford hadn’t introduced its similar Ranchero for model year 1957? Hard to say, as they had already been selling a car/truck mashup (popularly known as a Ute) in Australia for years (see the 1949 model below). We saw this nice example at last month’s Motorama show in Buffalo. 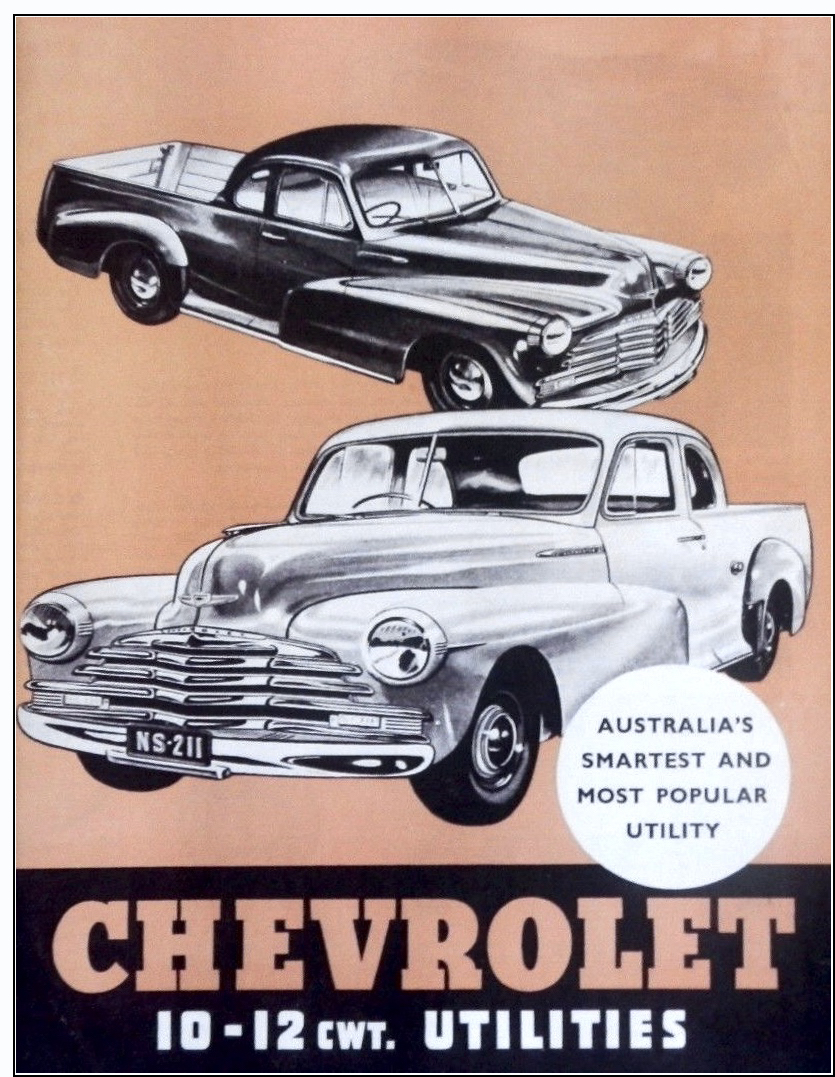