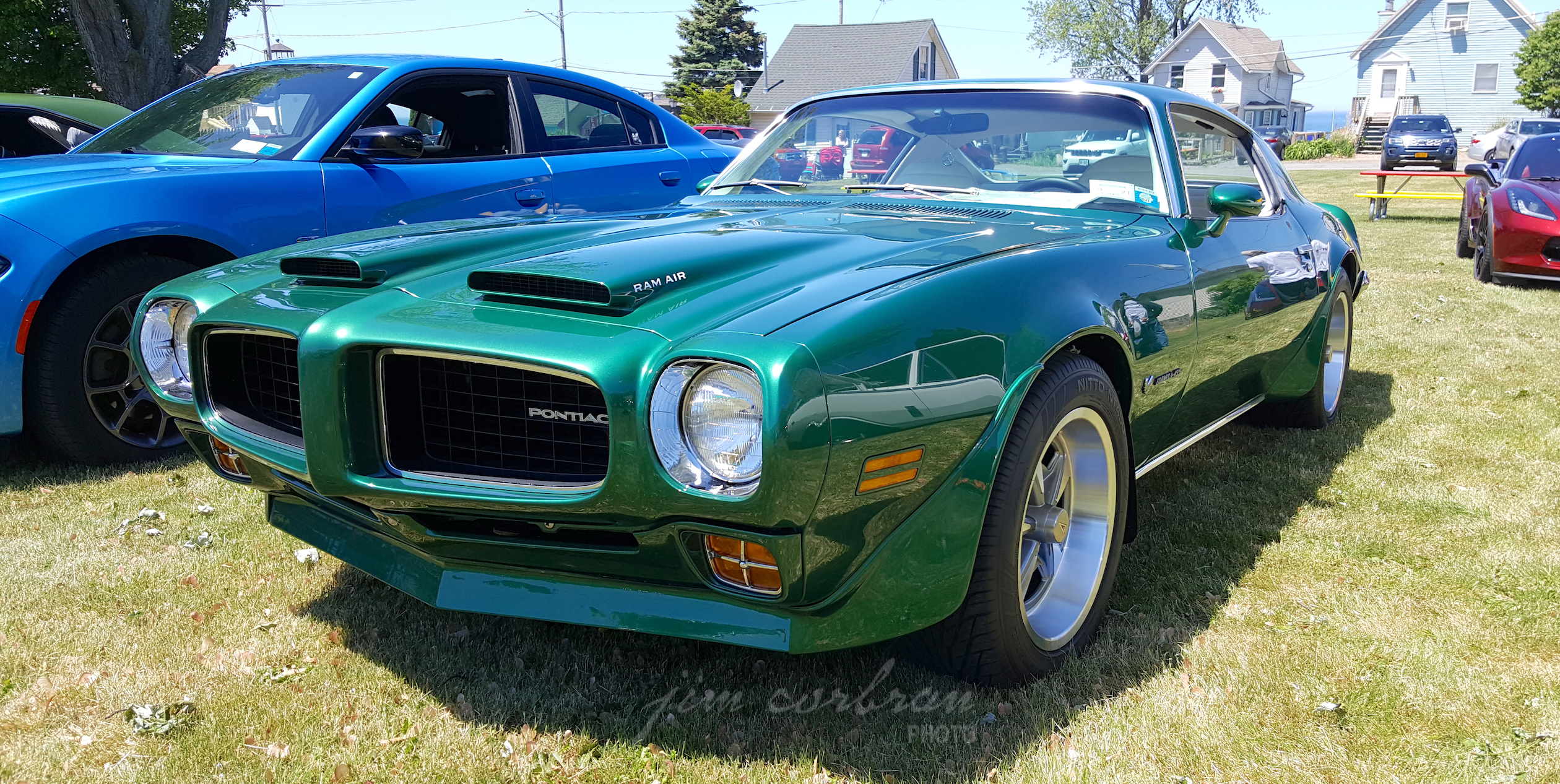 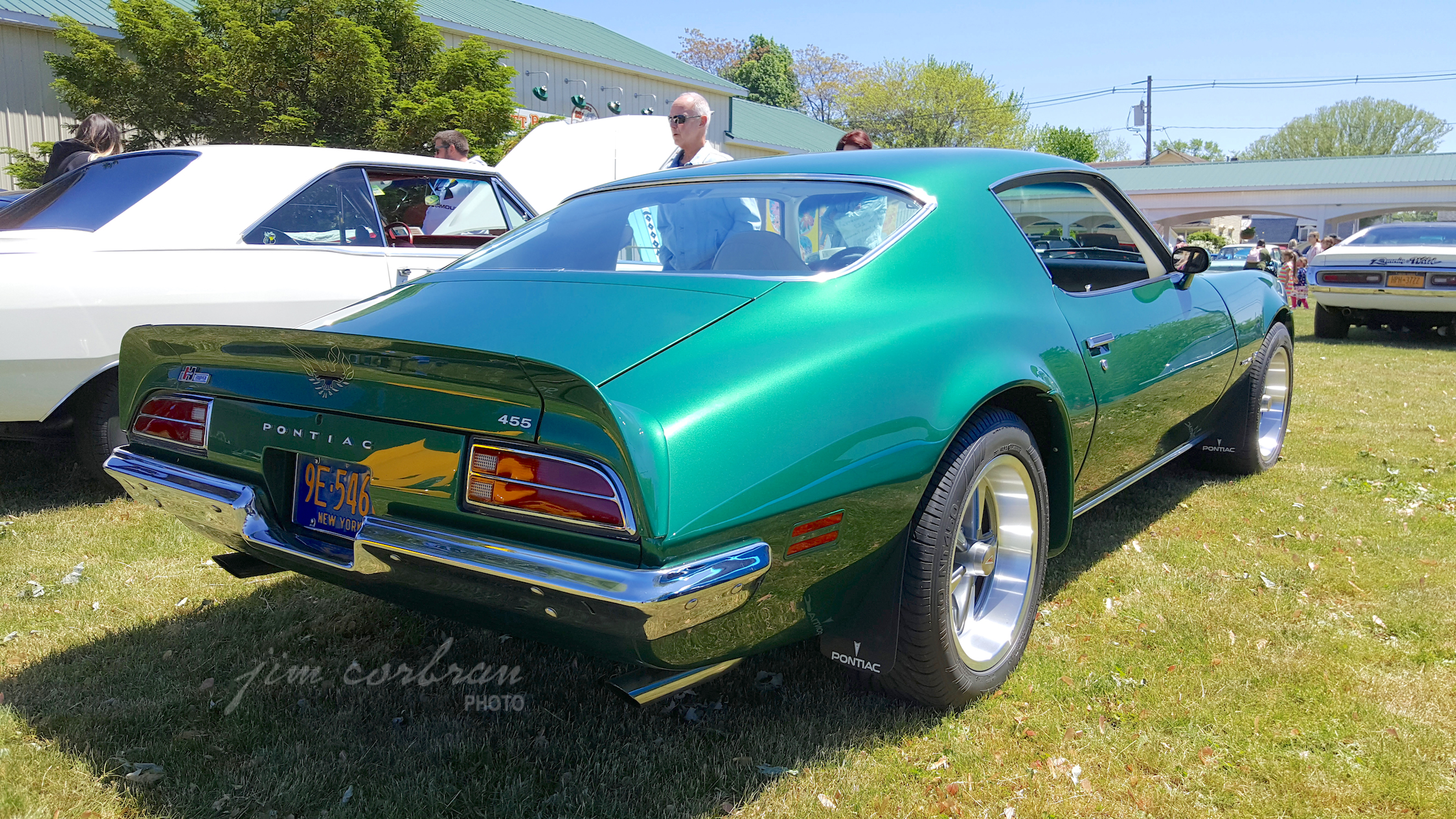 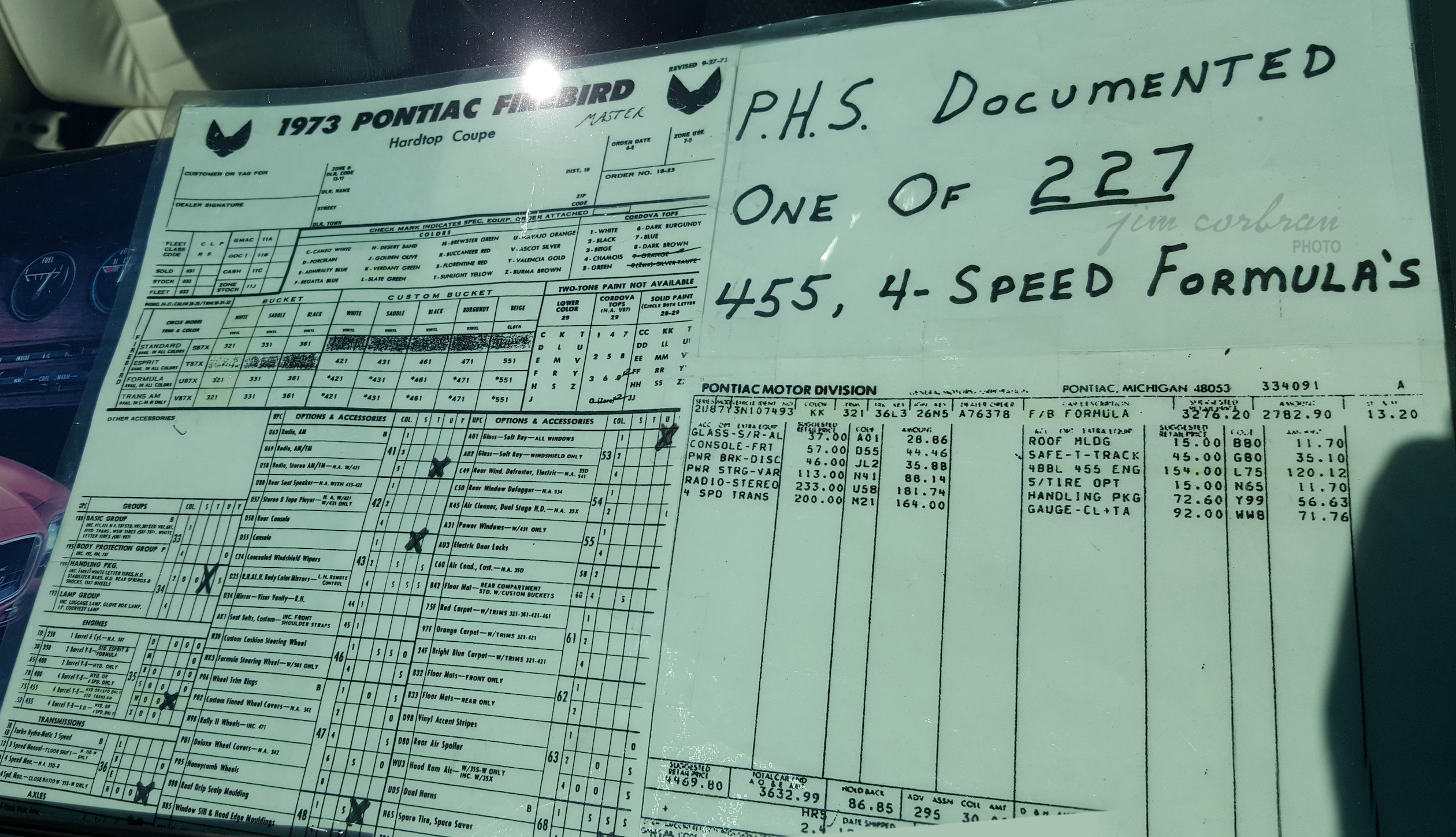 A hand-written addition to the build sheet for this 1973 Pontiac Firebird Formula 455 indicates that it’s just one of only 227 Formula Firebirds that were built that year with both the 455cid V8 and a 4-speed manual transmission. This one’s painted Verdant Green, and also has a few other add-ons which you can see for yourself in the above photo of the build sheet. We came across it last summer at the Super Sunday Car Show in Olcott. I imagine some of us (hand raised) tend to forget these days that there was even such a thing as a base model Firebird back in 1973 like the one seen below in a brochure illustration. 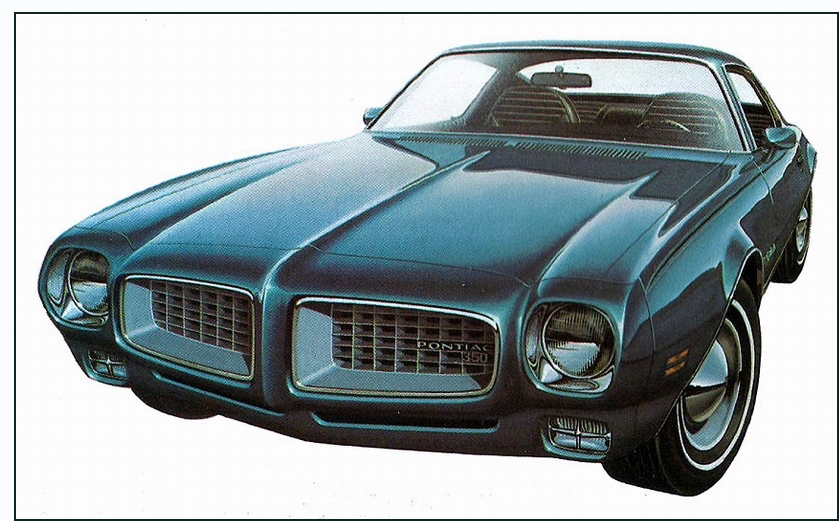