The 1969 Ford Galaxie 500 two-door hardtop was offered with two different roof styles: the formal one like we saw on today’s RealRide a few weeks ago in Batavia, and another which they billed as “The unique new SportsRoof,” which was the only choice on the Ford XL (pictured below in a brochure illustration). About the Galaxie 500 Ford said “A leader is a car with followers. Galaxie 500 was born to command.” Not sure what that all means, but Ford sold boatloads of ‘em for model year 1969 in six different body styles: four-door sedan and hardtop, convertible, station wagon (six- and nine-passenger), and the two two-door hardtops. 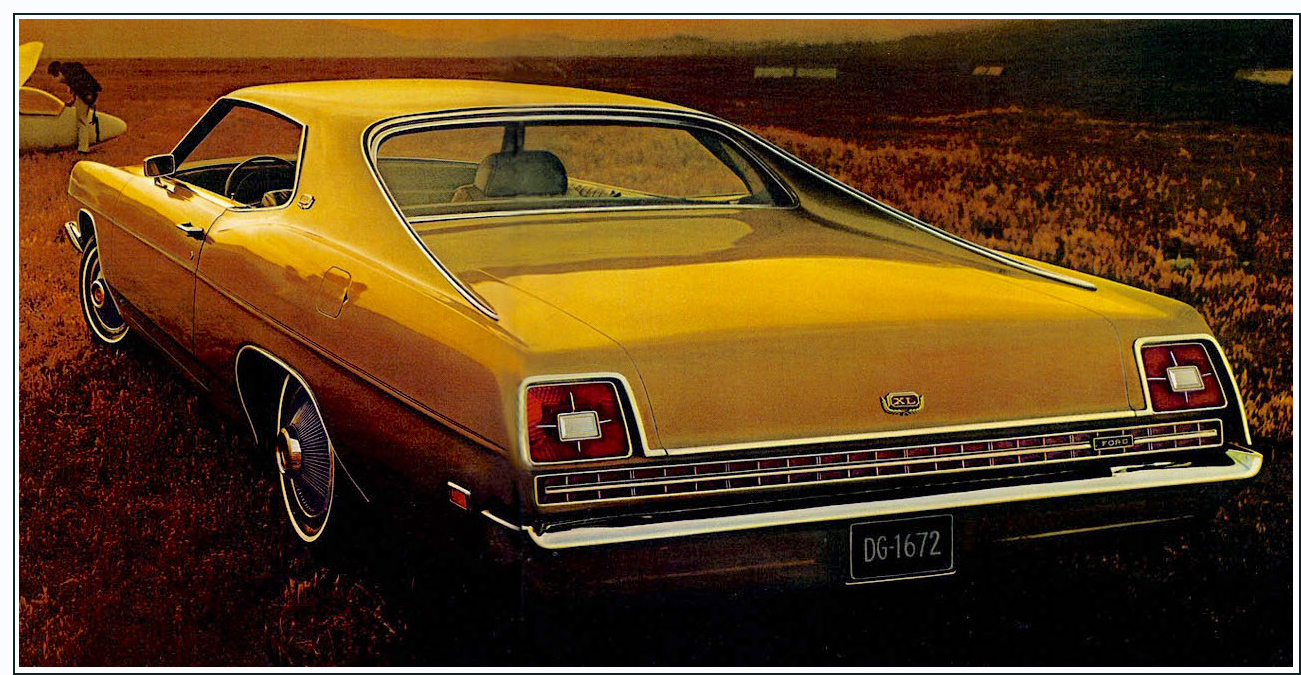