Not often (these days) that you come across a 1972 Chevrolet Fleetside Custom Series 10 in this condition. The Willow Green example (seen last summer at a cruise night in Akron) is equipped with the optional 350cid V8 according to the fender badge. We can also see whitewalls, wheelcovers (which were only available with the 15” tires), and a pair of bed handrails, which is what Chevy called them in their brochure. Of course, the C10 was still available as the more rugged looking Stepside (below) in 1972, as it would be for a few more years. 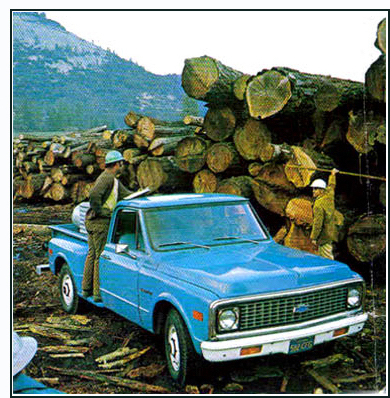