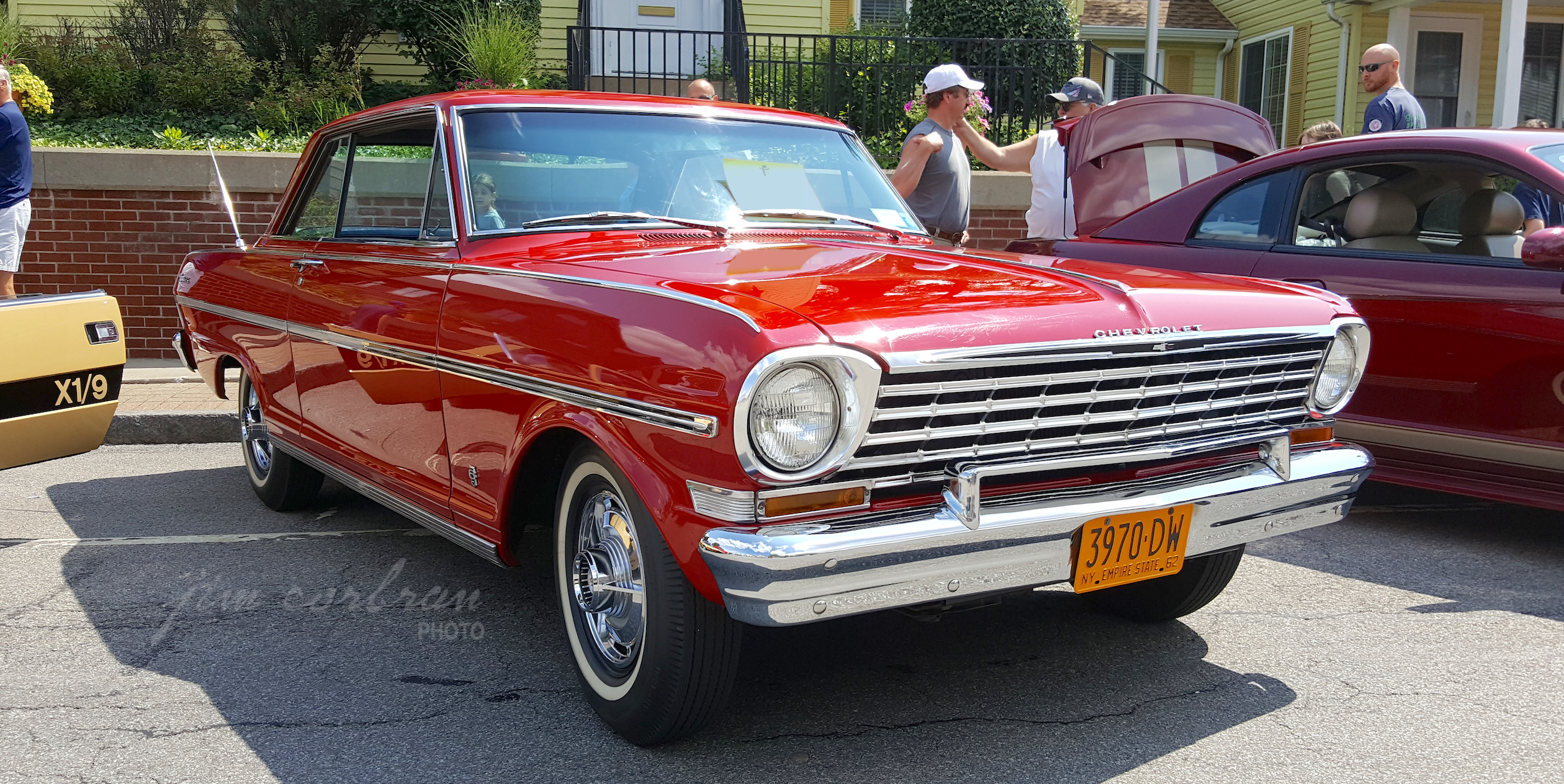 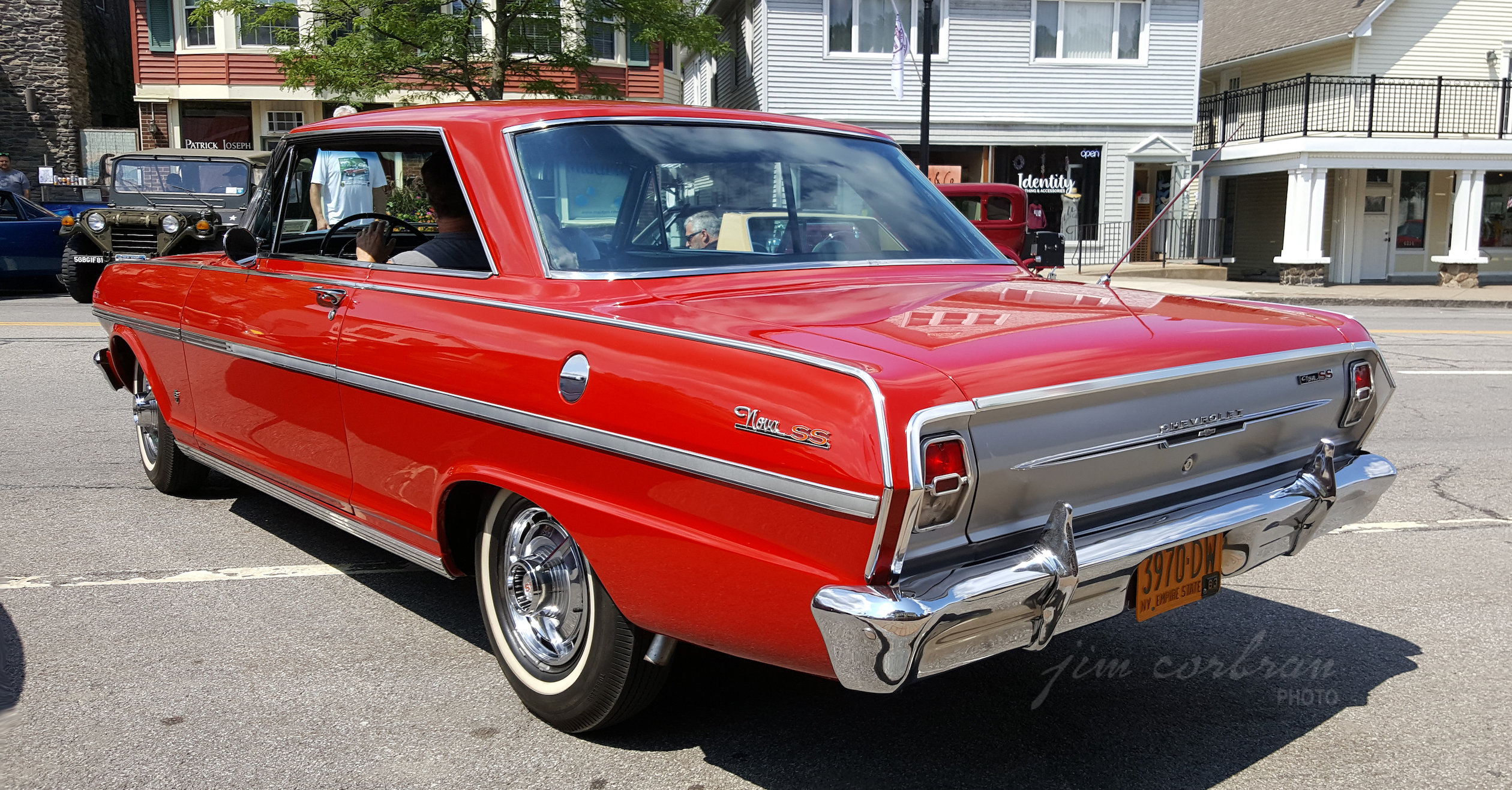 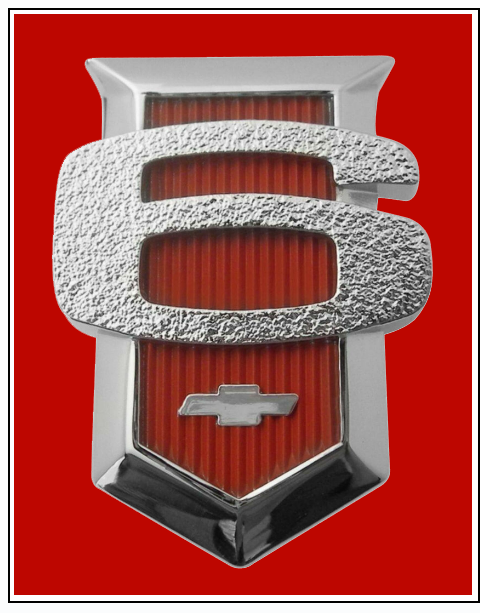 The front fender badge (like the one in the inset) on this 1963 Chevrolet Chevy II Nova 400 SS seems to indicate that it has the Hi-Thrift 194cid inline six under the hood. This engine was standard on all Nova 400 models, including the Super Sport (which was still an option package for the Nova 400 for model year 1963; the Nova SS would become a separate model for 1964.) The 90-hp Super-Thrift inline four was still standard in all other Chevy II models in ‘63. For 1964 an additional six — the larger, 230cid — and the 283 V8 were options. Today’s Ember Red RealRide was seen last summer at the Quaker Days Car Show in Orchard Park.