This 1969 Lincoln Continental Mark III came with a long list of standard equipment which was enumerated in the brochure, after which they went on to mention that it also came with “…a host of other standard luxury items befitting a motor car of the Mark III’s stature.” One of those other standard luxury items was not, however, the “six-way power seat with reclining passenger seat,” an option which they chose to illustrate on the next page using (I’m assuming, from that “you can’t make me smile” look on his face, Lol) one of the brochure writers’ kids showing-off the reclining feature (seen below). We came across this one — with no one in either front seat — in a North Tonawanda parking lot late last year. 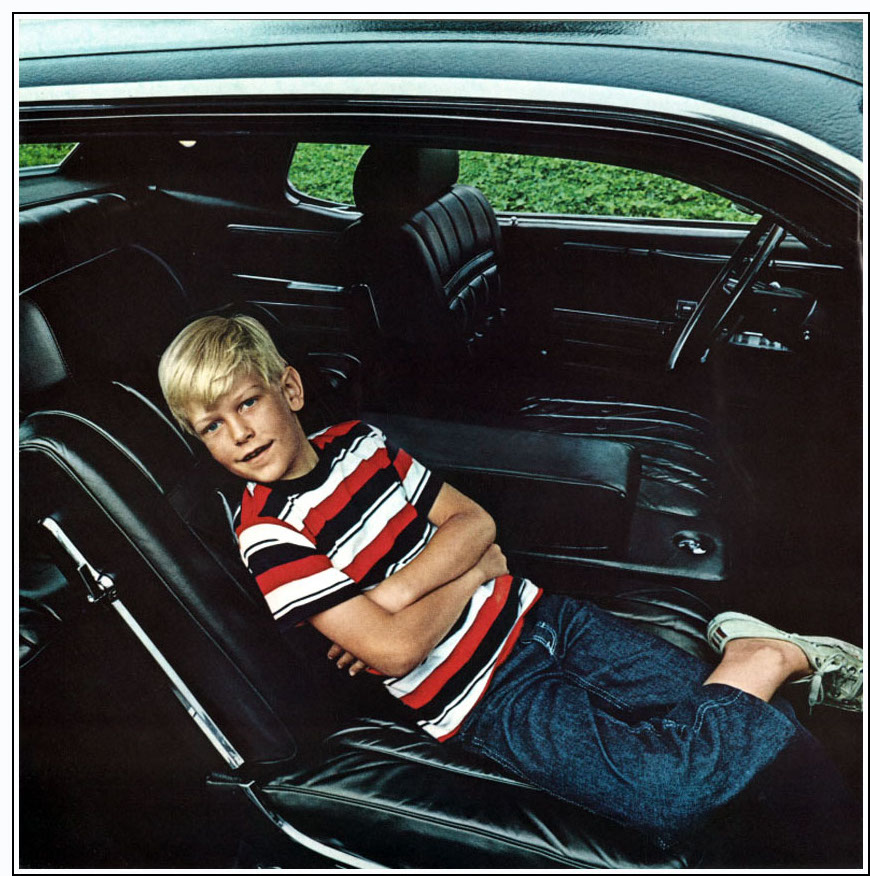