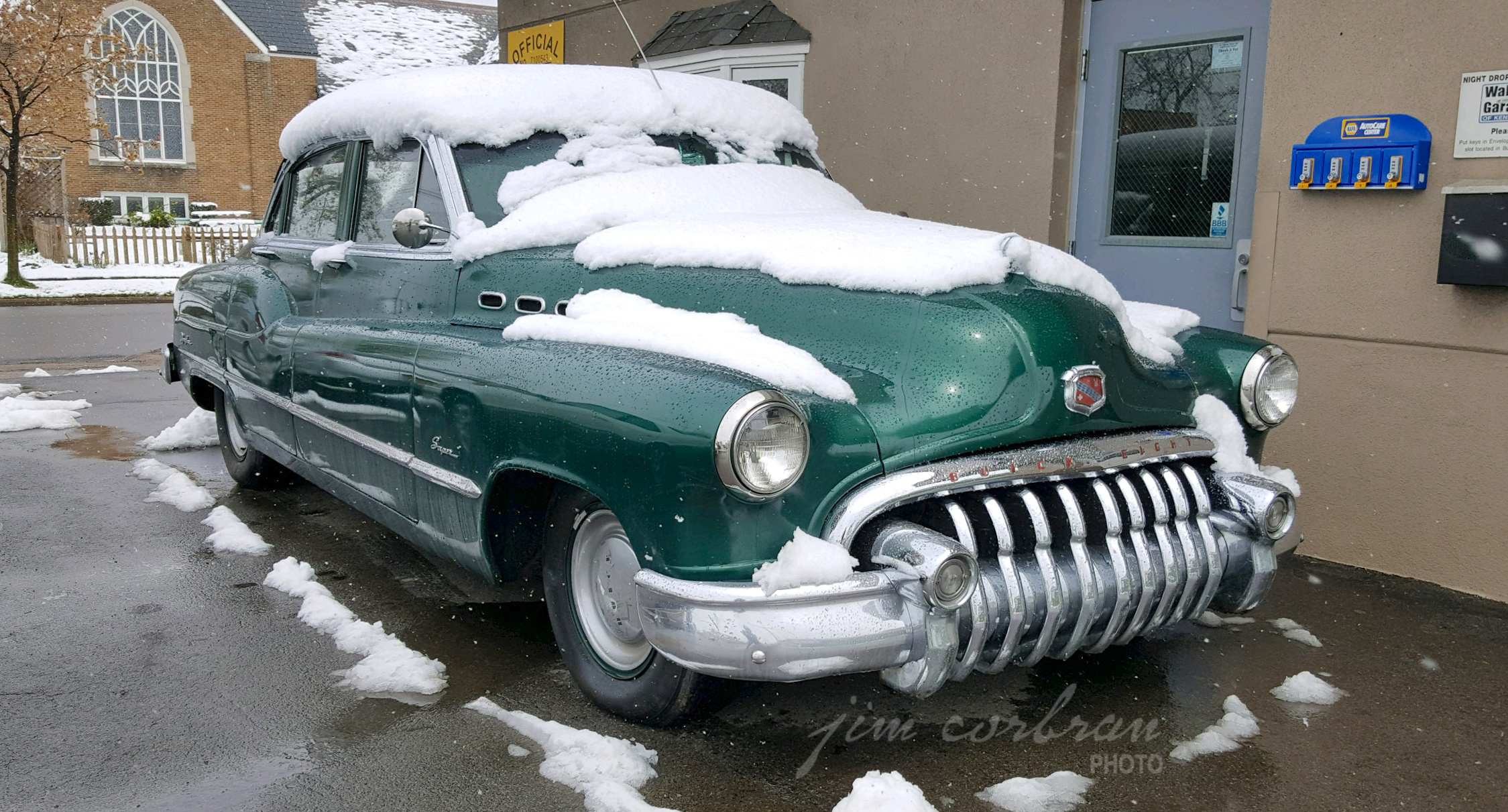 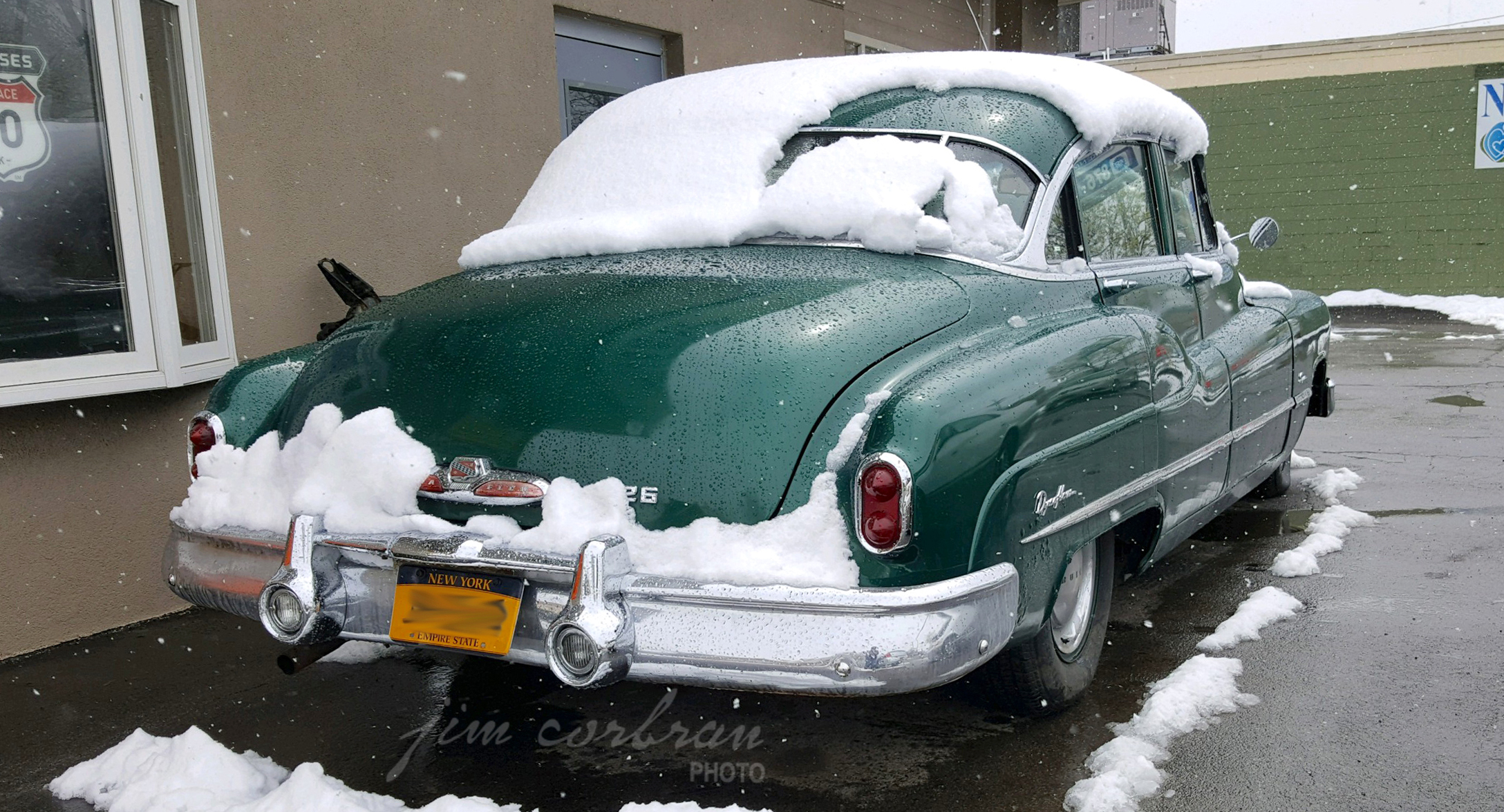 Those of you who live here in WNY probably realize this photo could have been taken anywhere from September to yesterday. Lol… Just for the record though, the 1950 Buick Super seen here was spotted last year on April 21st in Kenmore. This dark green shade (Allendale Green?) was a popular color back in the day. My parents had a 1951 Dodge convertible in a similar hue which they traded for a used 1957 Ford Custom 300 two-door sedan because “a convertible wasn’t practical with a new baby in the house” (my brother Dennis). For MY 1950 the Super came in an array of body styles from this four-door sedan to a convertible, two-door hardtop, and a real-wood-clad station wagon — but my favorite was the two-door Jetback Sedanet fastback, pictured below in a brochure illustration. My question of the day: was it a “se-dan-AYE” (like they’d say in France) or a “se-dan-ETTE?” Some wag on Wikipedia actually spelled it "Sedanette” so we know which way he’s leaning.