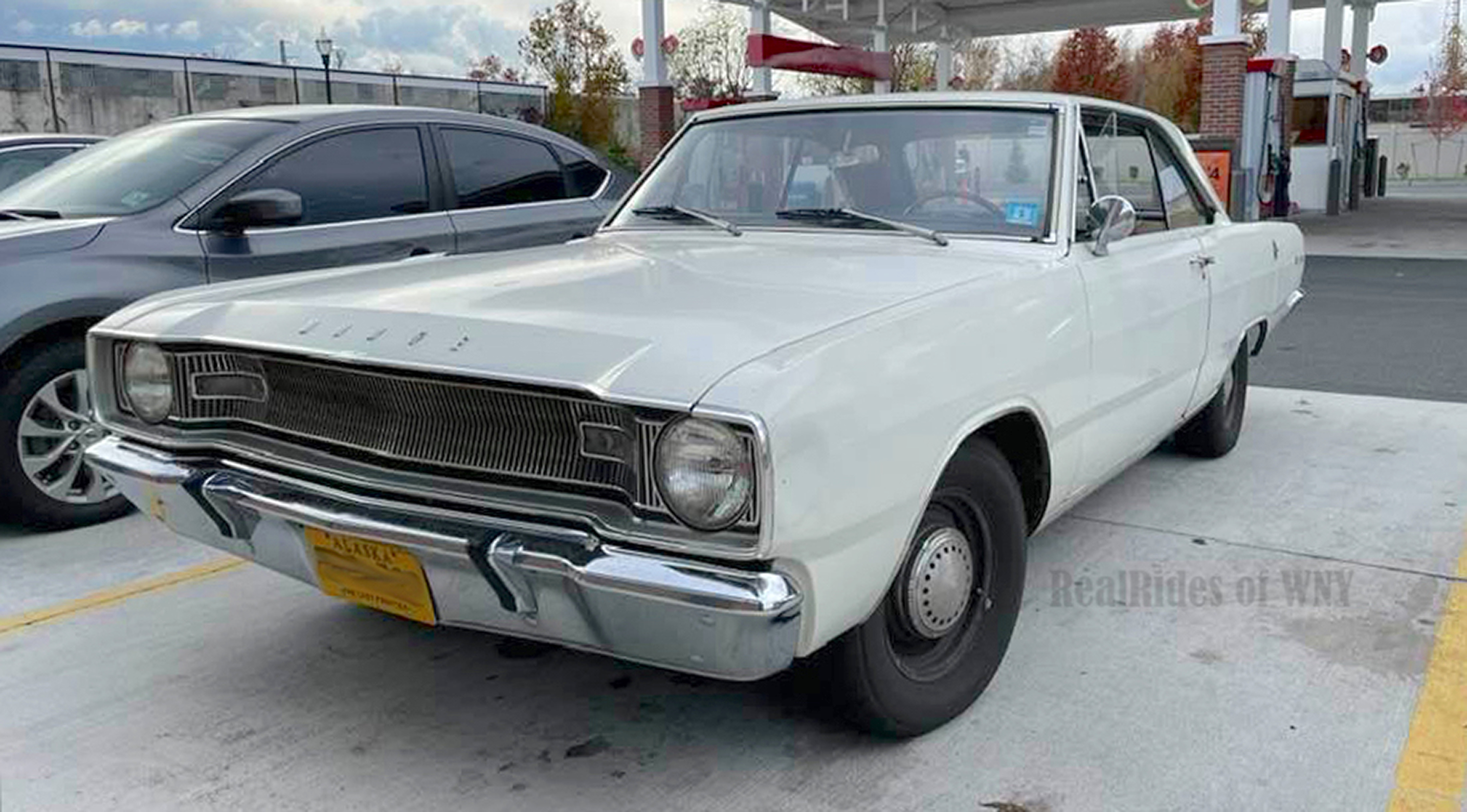 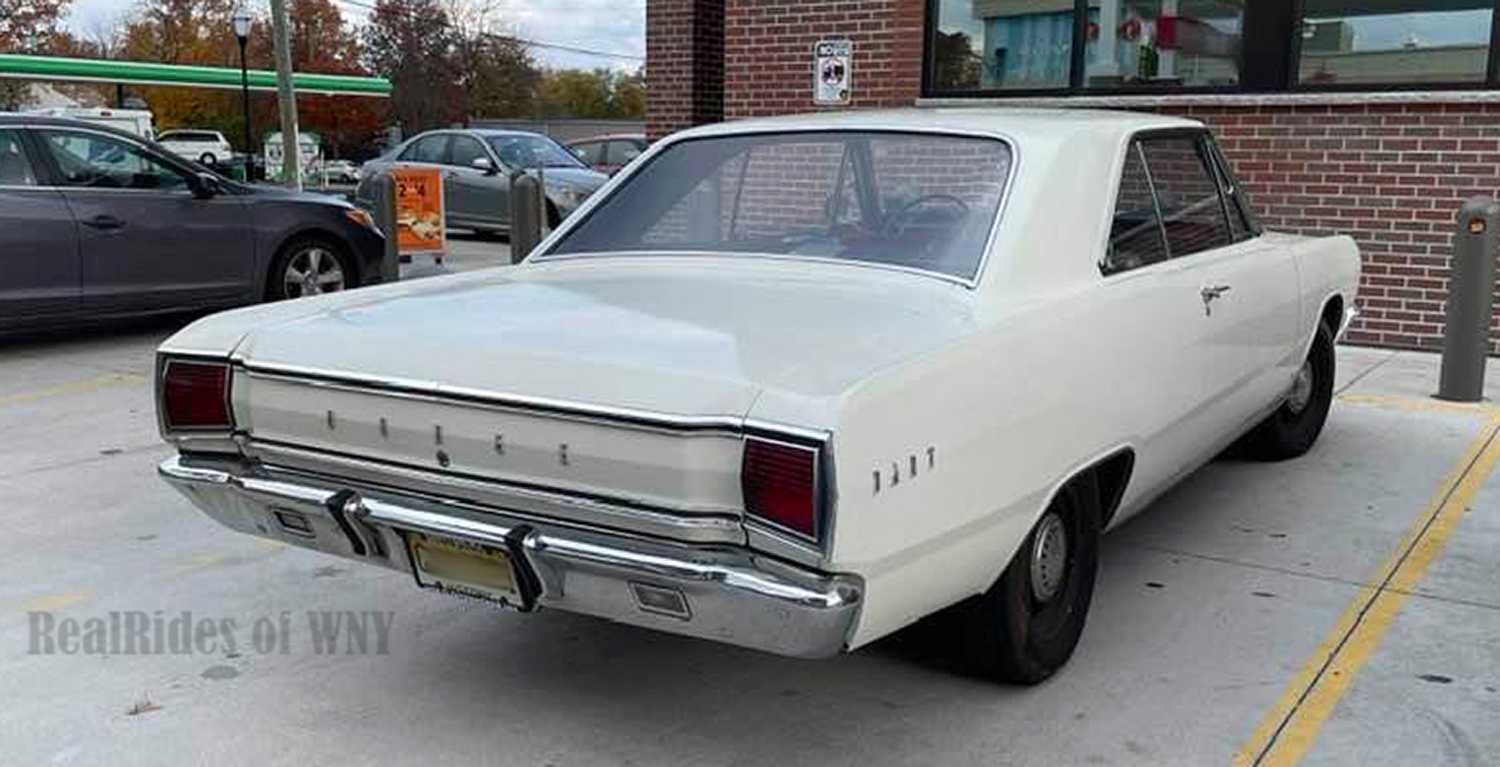 RealRides
reader Les Trent sent in this 1967 Dodge Dart 270 last fall, where he saw it in Cranford, New Jersey. It’s missing a few bits of chrome trim (see below) which almost make it look like a baseline Dart, but as we all know, the two-door hardtop was available only in the 270 and GT models of the 1967 Dart lineup. Sharp observers might also notice that today’s RealRide is wearing a New Jersey plate on the back and an Alaska tag on the front. The reg sticker on the windshield is a New Jersey issue, so I’m not sure what’s going on here, as New Jersey is a front-and-rear license plate state.