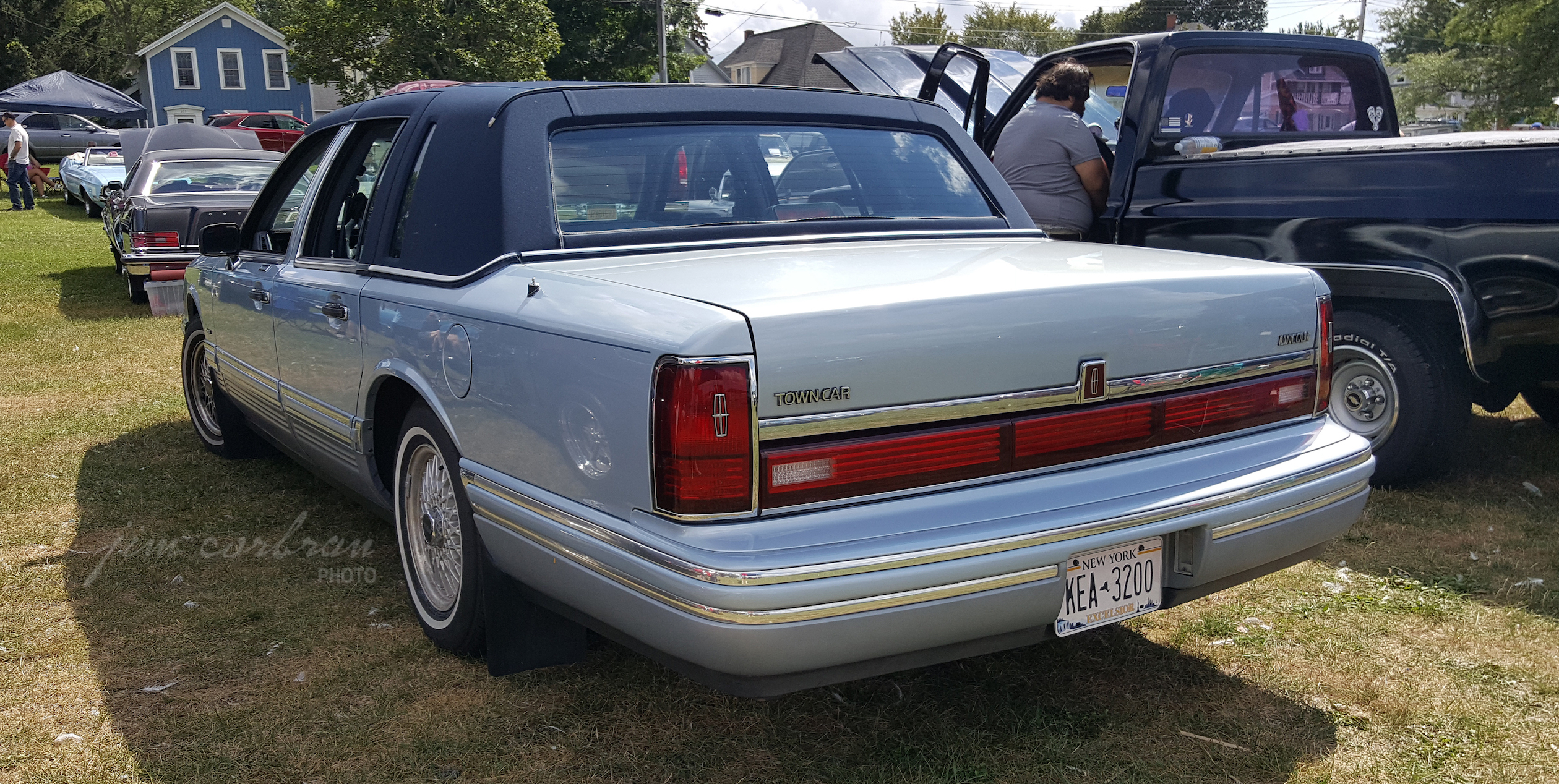 You know you’re getting old when you remember that this 1992 Lincoln Town Car is a 30-year-old vehicle and by some standards can be called a classic car. Aficionados might argue that it was a classic when it was introduced; others might cringe and say nothing built after 1948 can be called a classic. We’re going to straddle the fence here and say they’re all correct. Bringing a 1992 Town Car to a cruise night will likely draw a crowd around the car, especially one in as nice a shape as this one, which we saw last September at the Classics on the Niagara (see? Lol…) Car Show in Tonawanda.