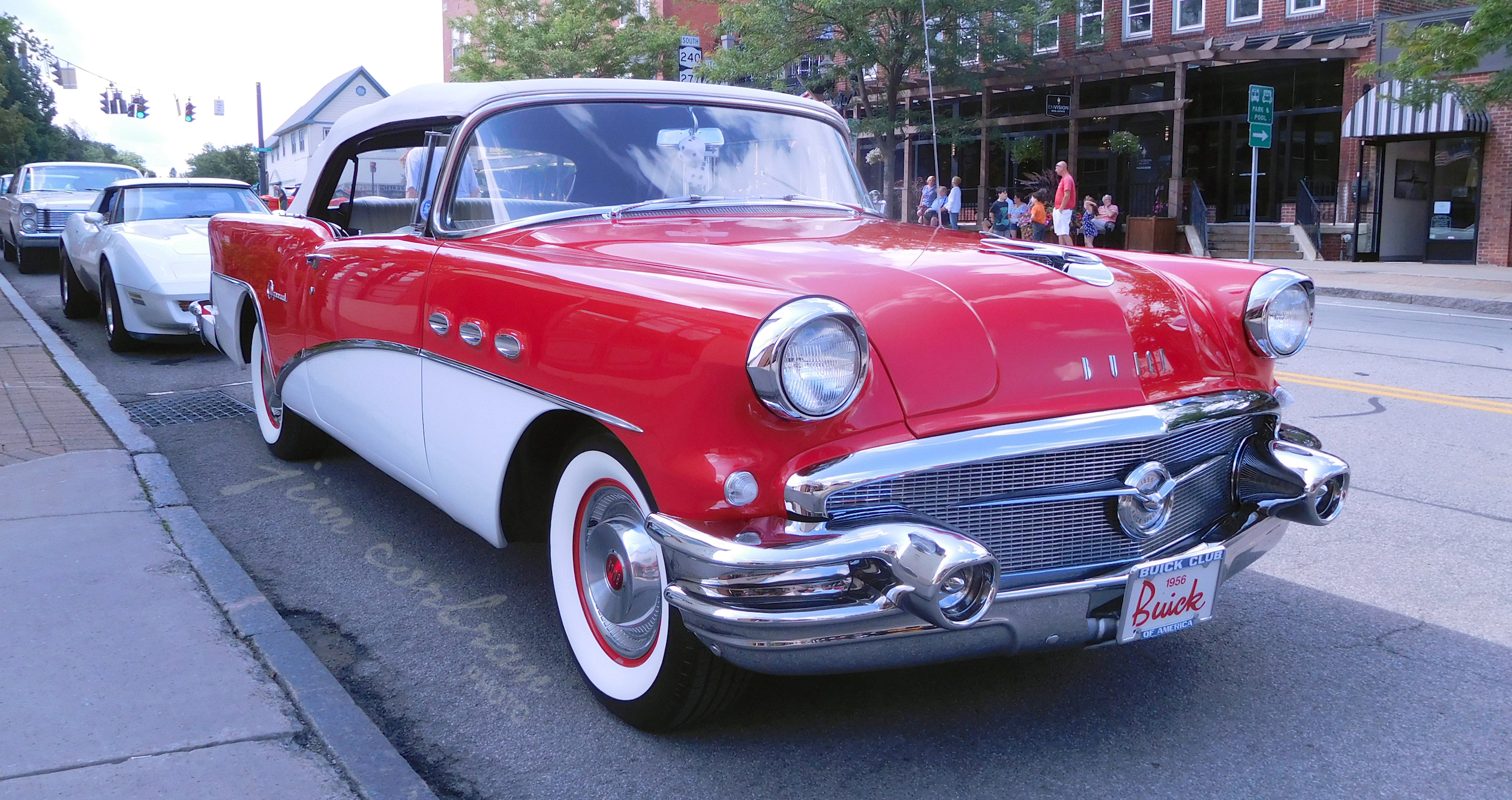 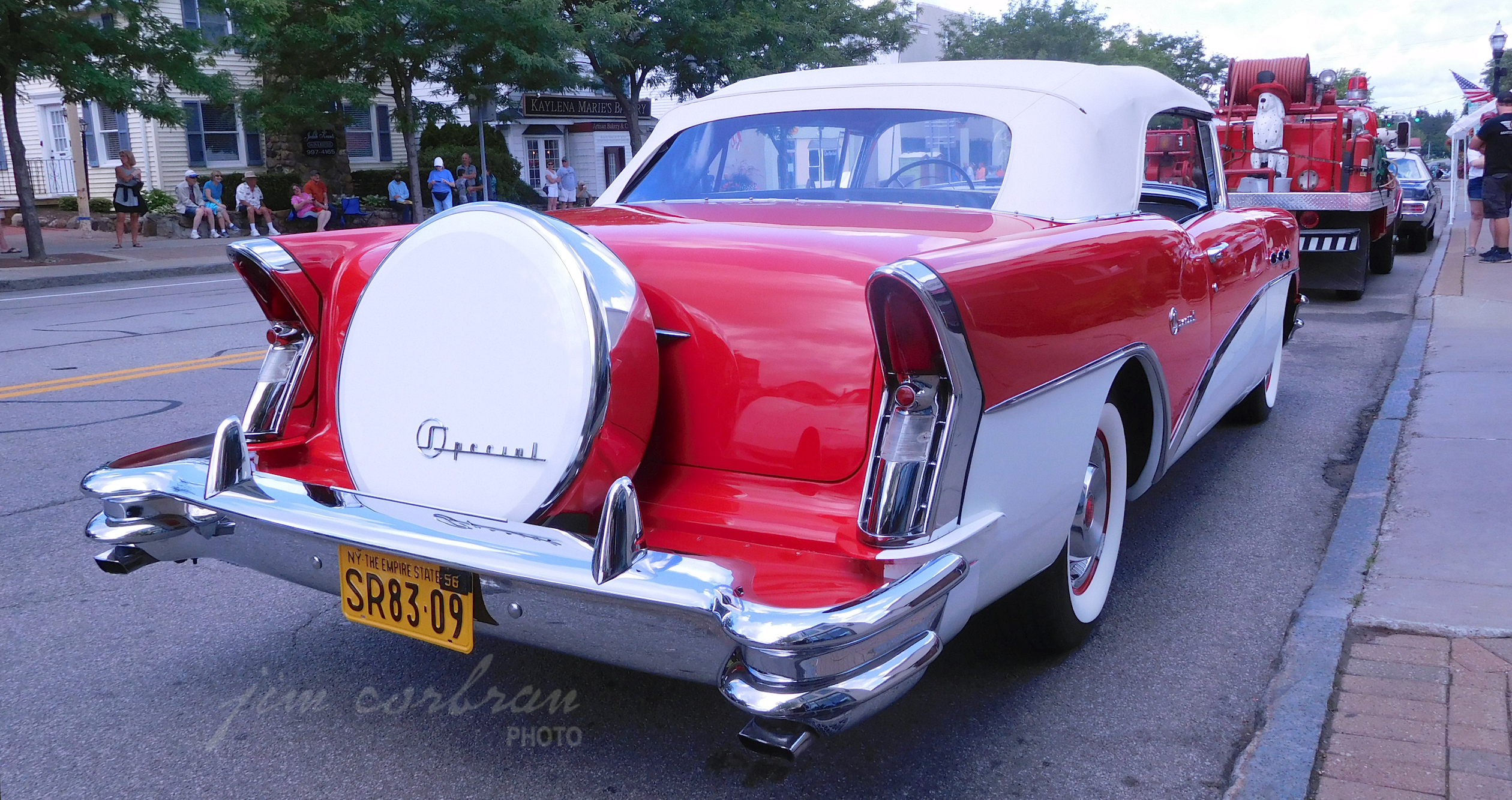 Is it just my imagination or do we seem to see more continental kits on 1950s-era cars today than we did back in the 1950s? Just a thought. This 1956 Buick Special sure looks spiffy though, sporting what’s probably an aftermarket kit in the back, along with one of the Flint carmaker's two-tone paint jobs. Buick also had some other great color combinations back in the day, as witnessed below in a few 1956 brochure illustrations. Today’s RealRide was seen at last summer’s Quaker Days Car Show in Orchard Park. 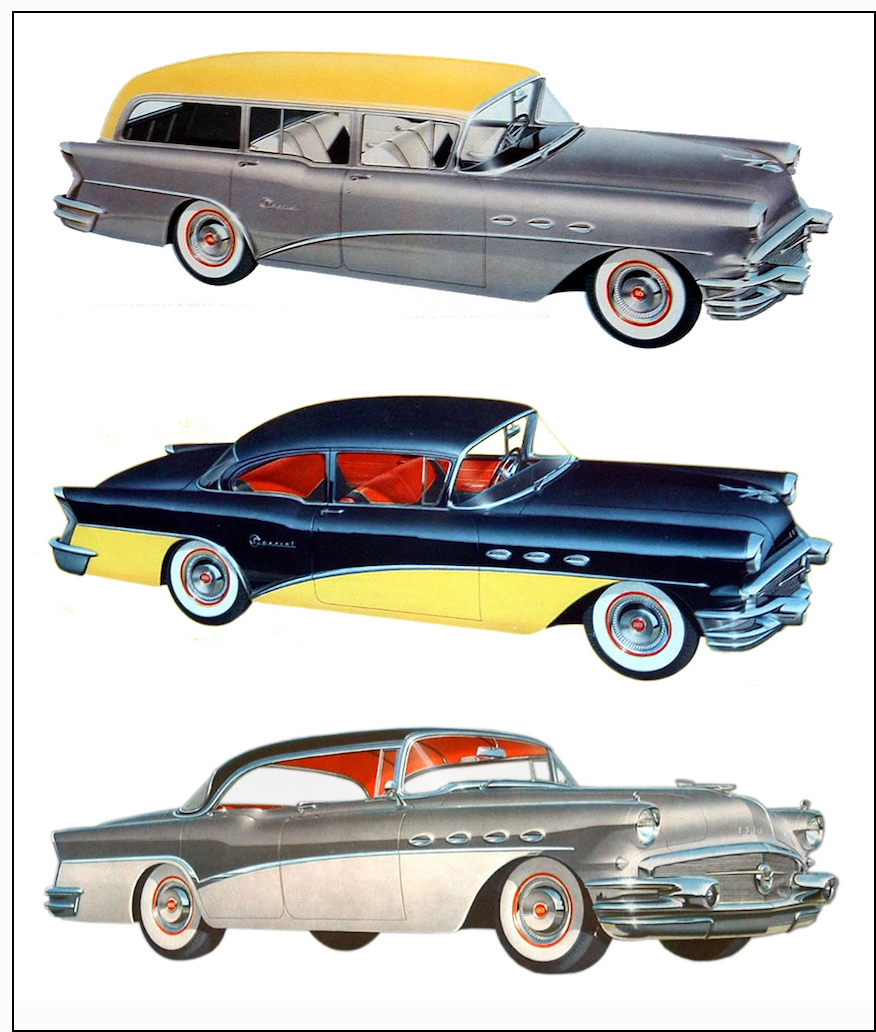