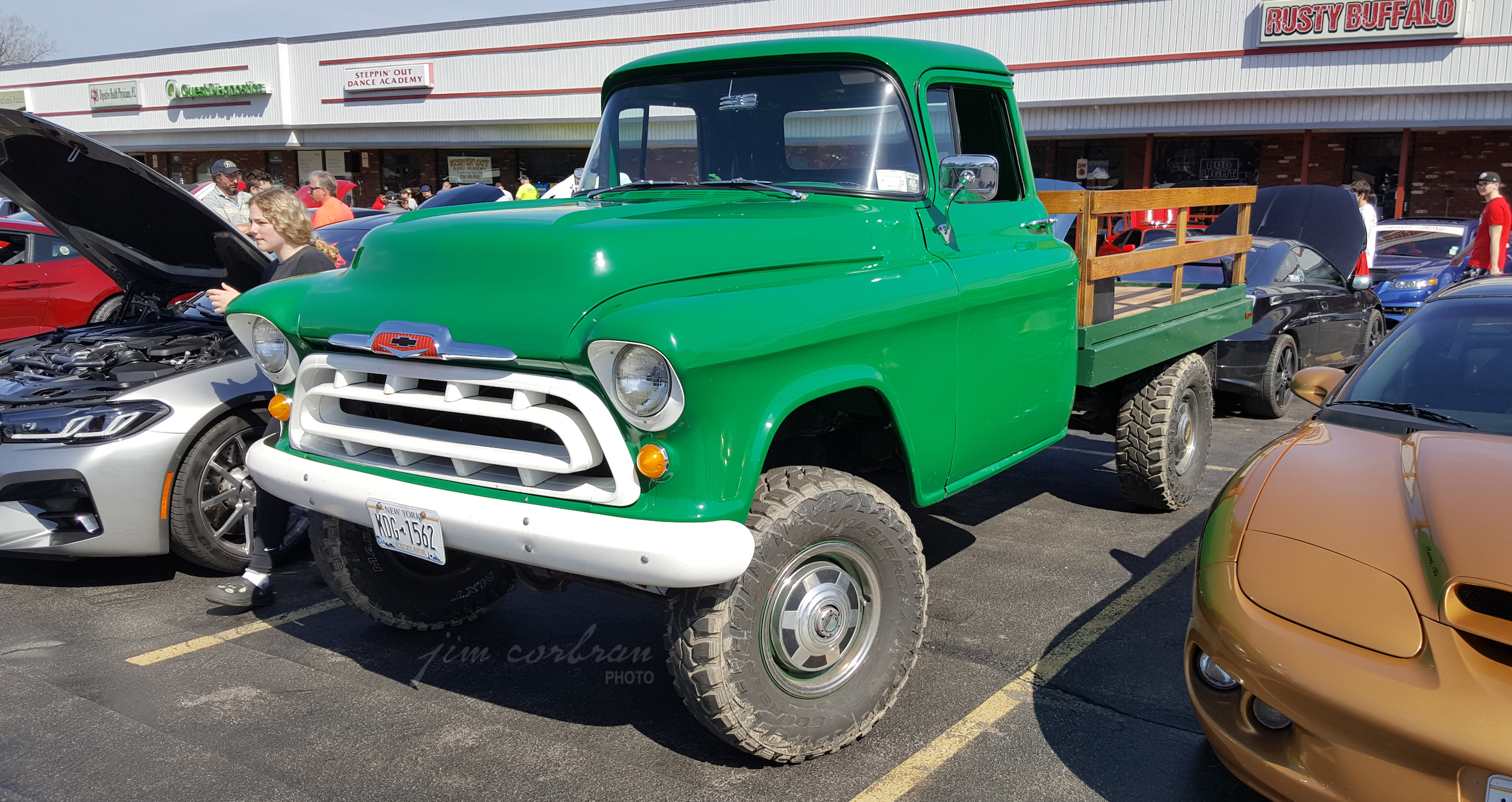 We came across this 1957 Chevy Stake Truck twice within the past few weeks; once at this year’s inaugural Wimbledon Lanes Cars and Coffee in West Seneca, and a week later at the first Made-In-America Store monthly cruise of the season in Elma. Chevy featured three stake trucks in its Task Force ’57 brochure: one similar to this one, based on the pickup truck, and two heavier duty models — the Medium-Duty series 4000, 5000, and 6000, as well as what Chevy called a low cab-forward model. You can see all three below, left-to-right respectively.