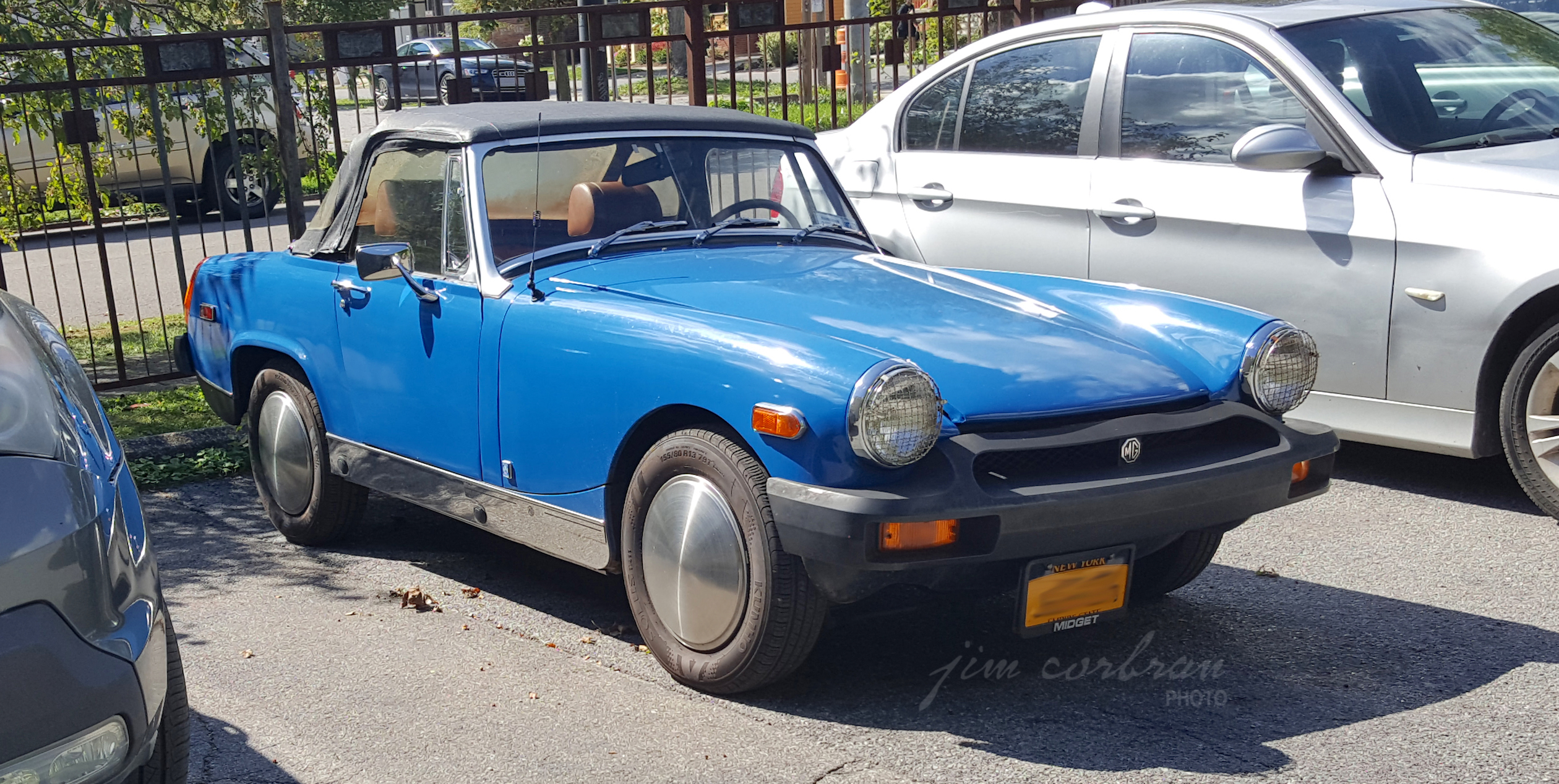 When, besides almost never, was the last time you saw a 1976 MG Midget sporting a set of Moon discs? This RealRide is from the Midget’s swan song version, which was built from 1974-1980. The big rubber bumpers were added in 1974 to conform with U.S. federal standards, and at the same time the suspension was modified to raise the car’s overall height to (again) conform with U.S. regulations — this time concerning headlight position which could be no less than 3.5 feet off the ground beginning in 1973. (See the “before and after” photo below.) Unfortunately, raising the car’s height affected its handling, but by this time the writing was on the wall for cars like the Midget with a platform which went back a few presidential administrations. We saw this one last summer on the West Side of Buffalo.