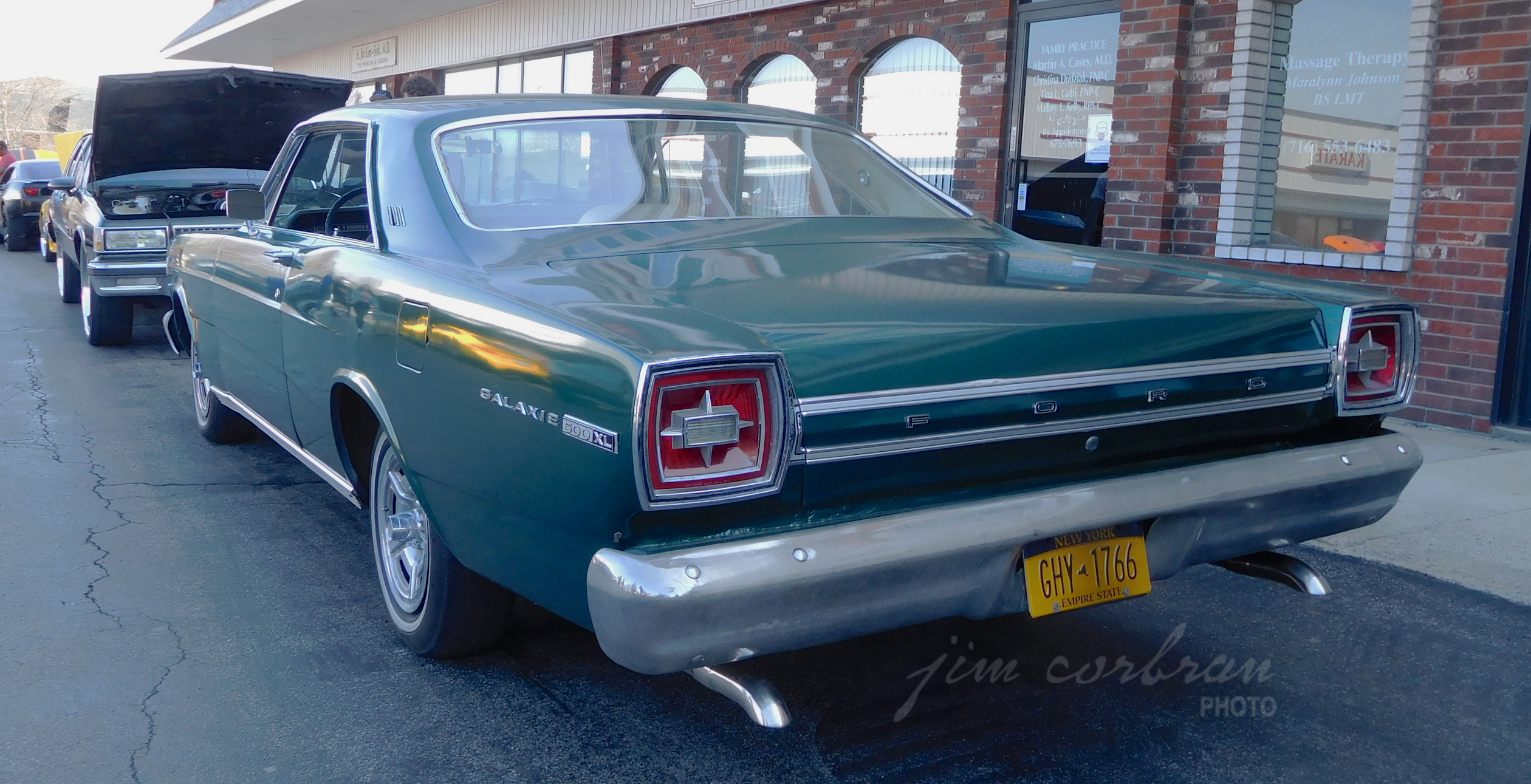 This 1966 Ford Galaxie 500XL marks the marque’s second year for stacked headlights, and the first year when both the upscale 500XL and the LTD featured a front grille different from the rest of the full-size lineup, a tradition which would last the rest of the decade (although for 1967 the differences were very slight). This one appears to be painted Ivy Green. The 500XL was available in seven interior color choices; the Ivy Green paint though, limited those choices to black, or two different beige patterns. We saw today’s RealRide at last month’s Cars and Coffee at Wimbledon Lanes in West Seneca.