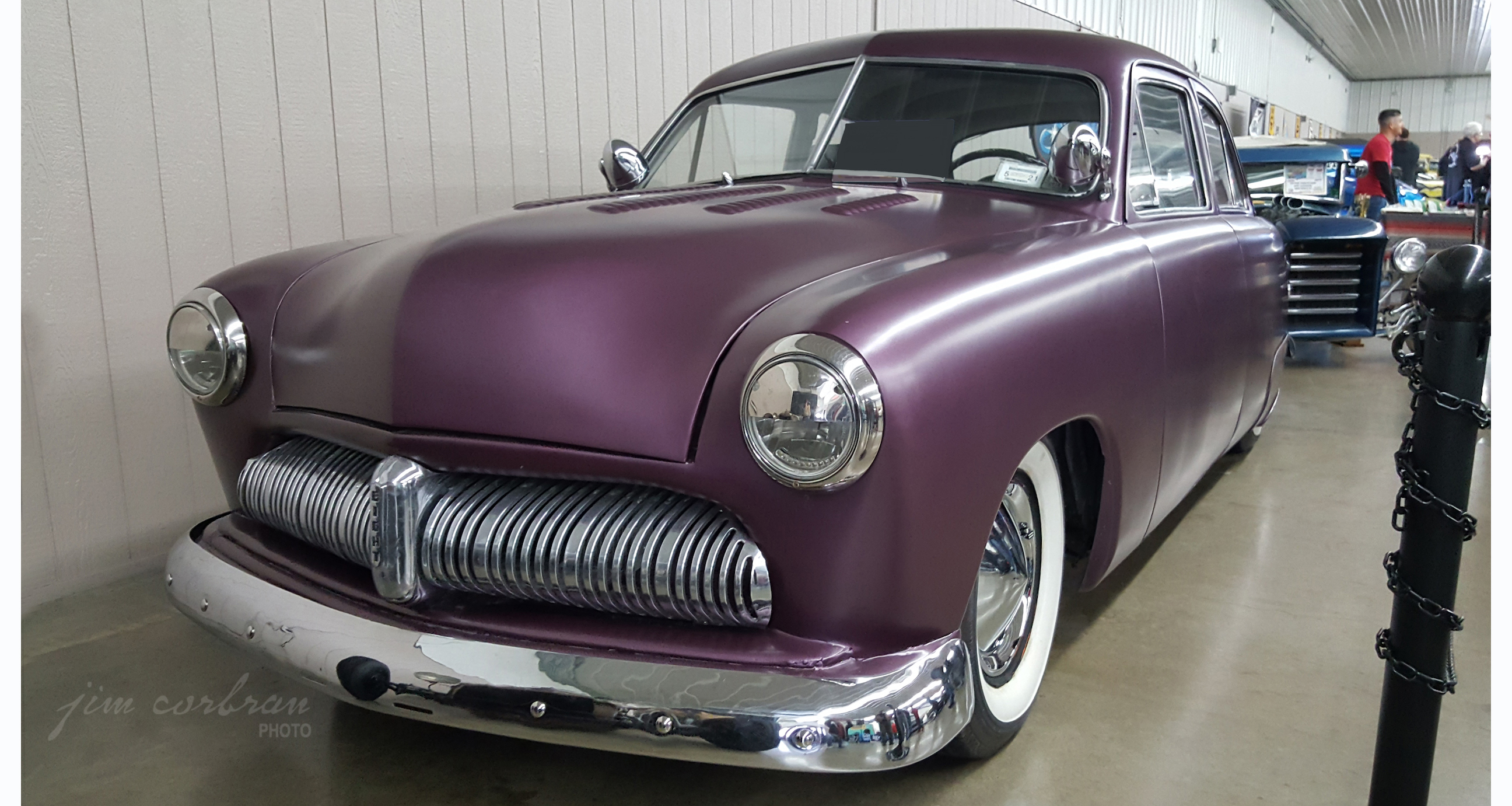 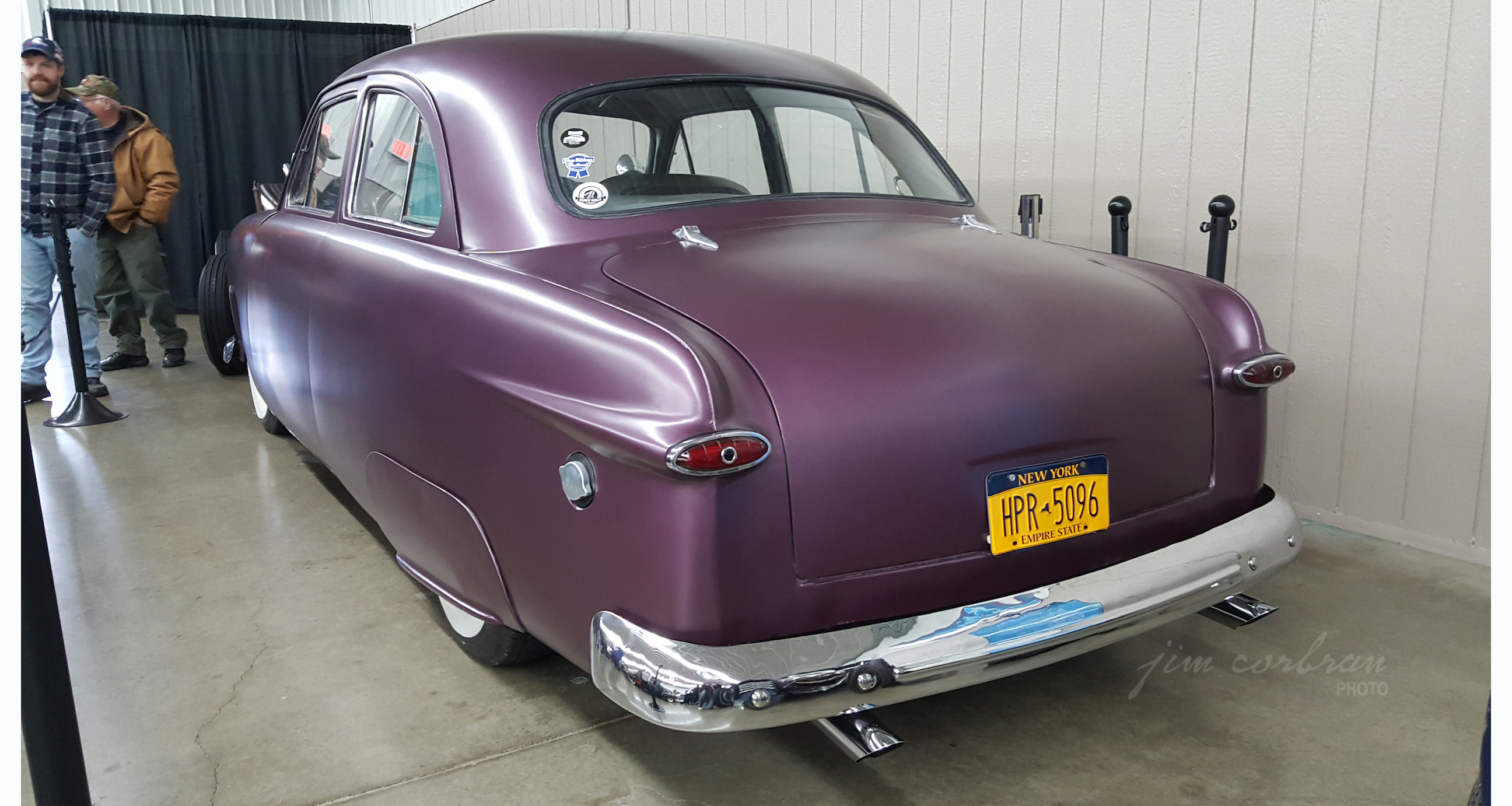 If you happened to wander into the Old School Review in the back room of this year’s Cavalcade of Cars in Hamburg, you may have come across today’s RealRide and thought to yourself “Nice old Shoebox Ford.” And you would have been close, but no cigar. This is actually a 1949 Meteor, which yes, was largely based on the Ford but was sold in Canada at Mercury-Lincoln-Meteor dealers. Some often refer to Meteors as Canadian Fords, but a Canadian Ford was the same as a U.S. Ford, sold in Canada at Ford-Monarch dealers. The biggest differences visually between the Meteor and the Ford in the 1949 models are the front grille, which on the Meteor definitely has a Mercury vibe to it, and out back a Meteor medallion sits above the license plate assembly instead of a Ford badge. 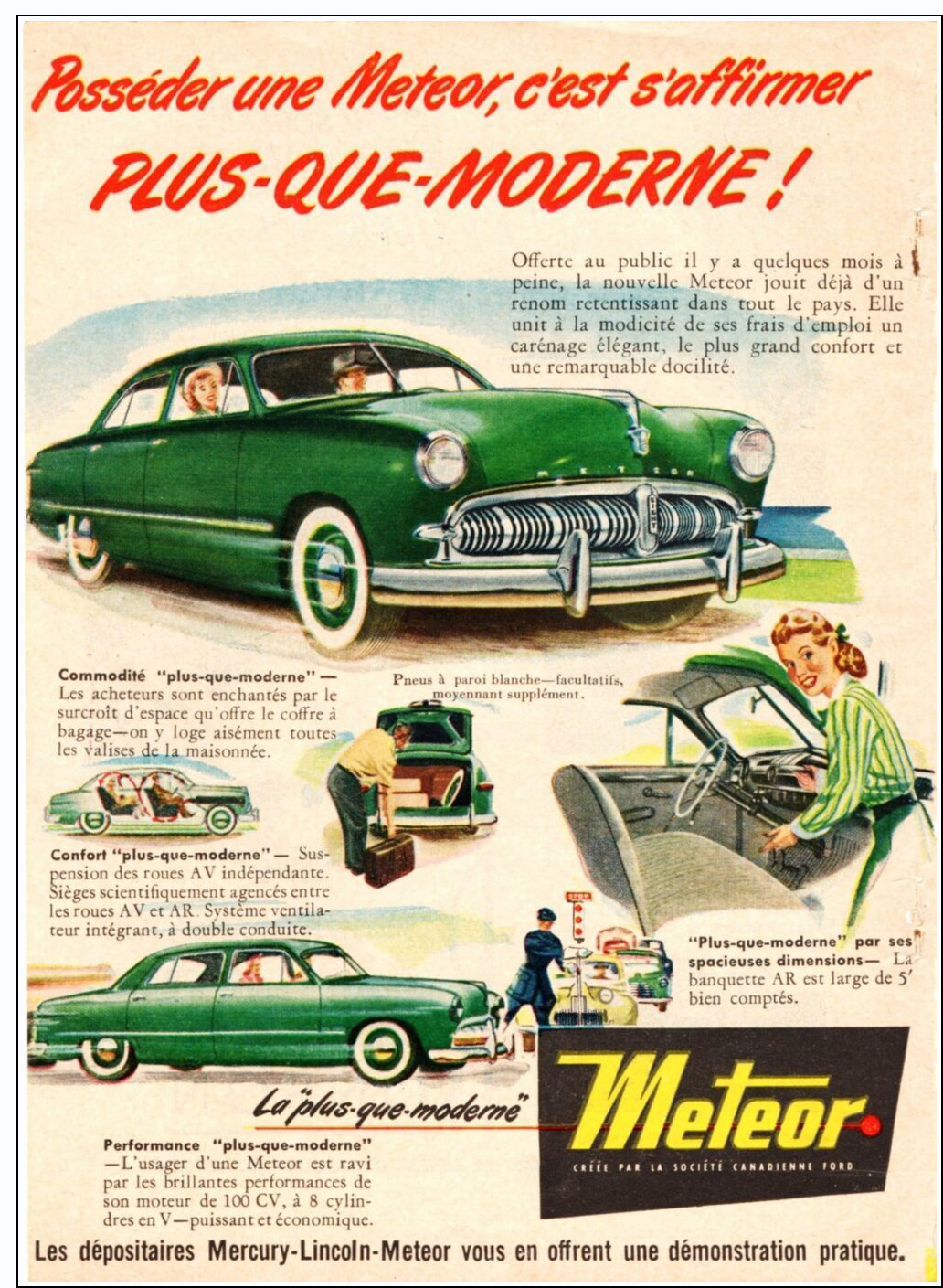