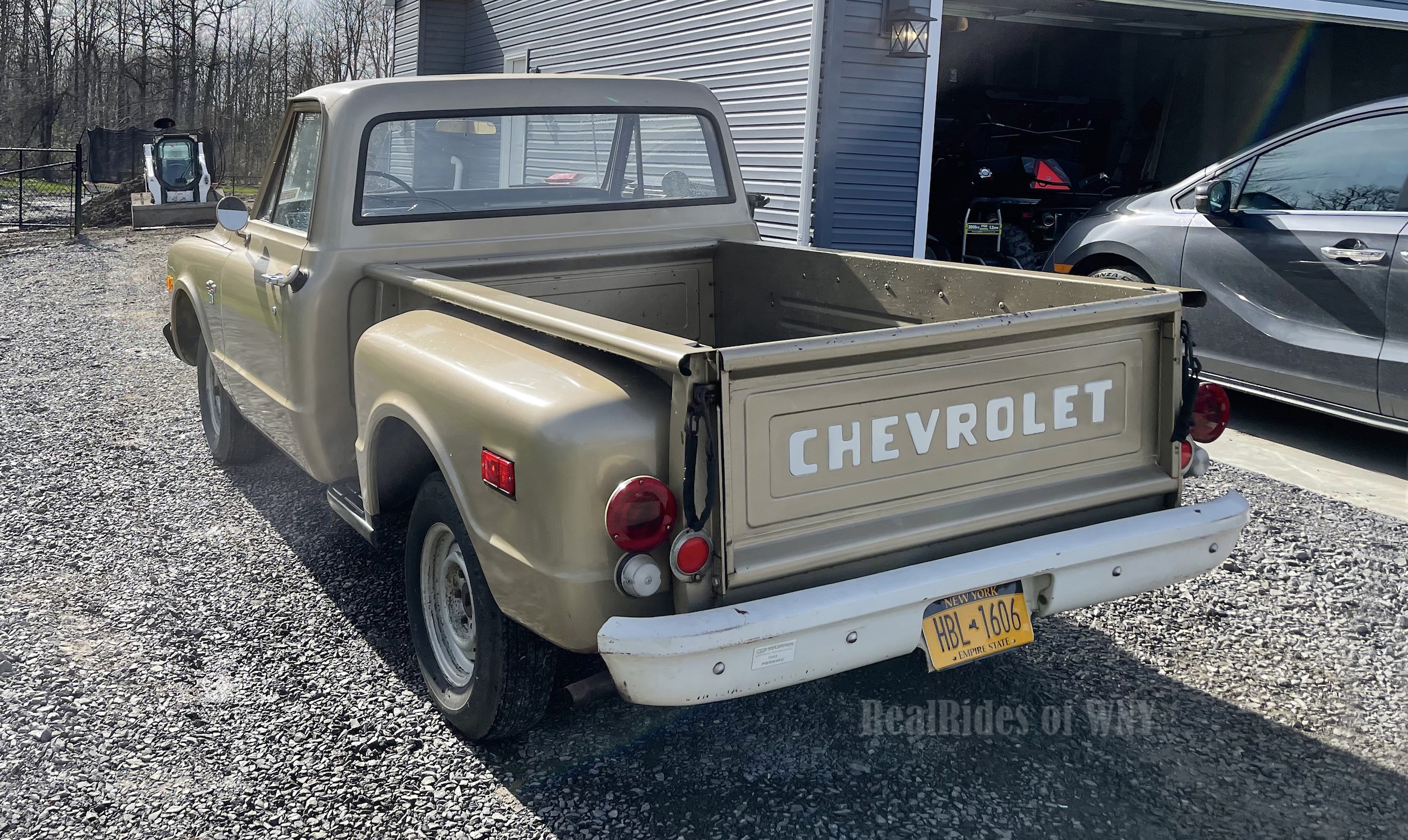 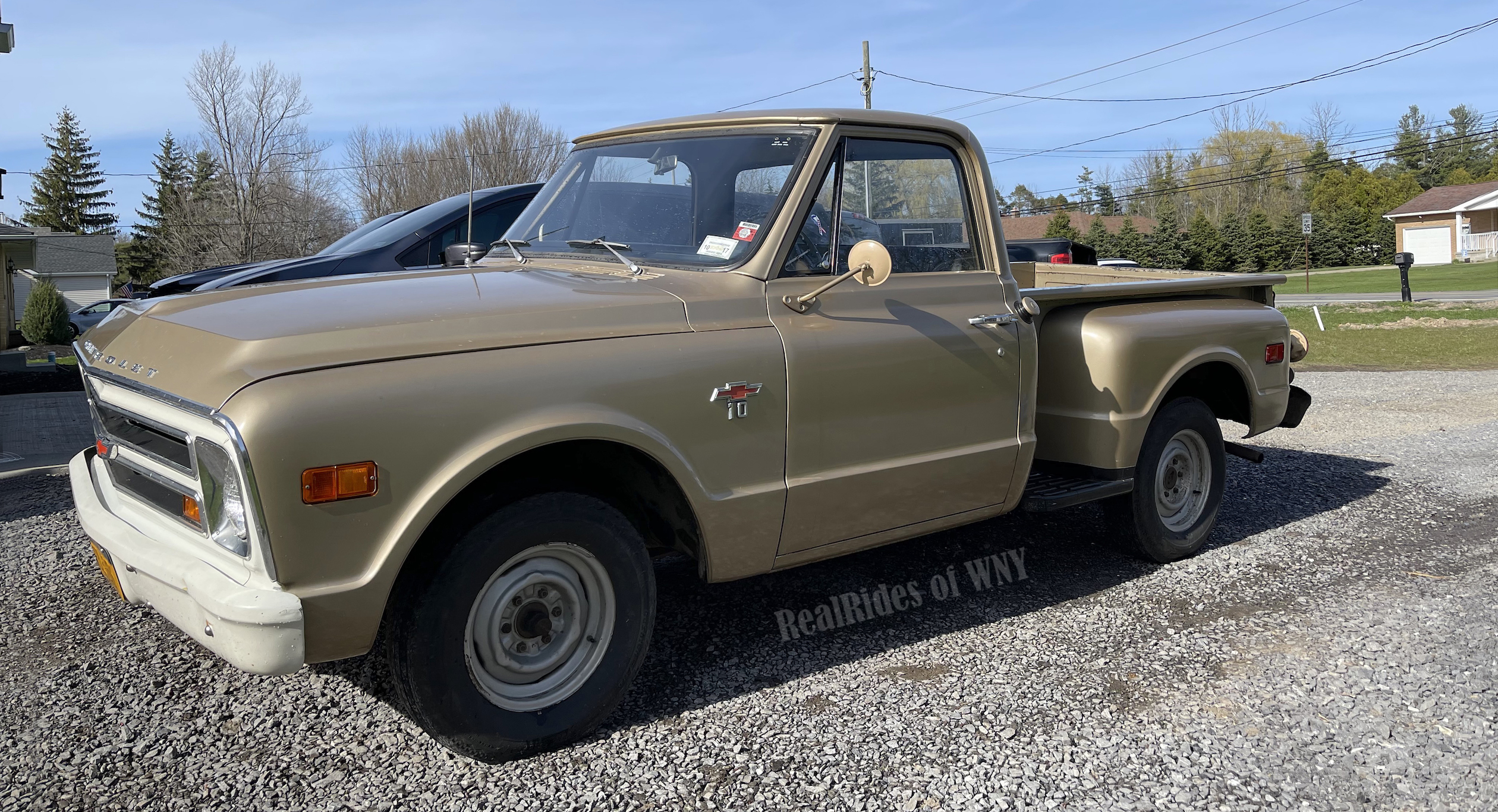 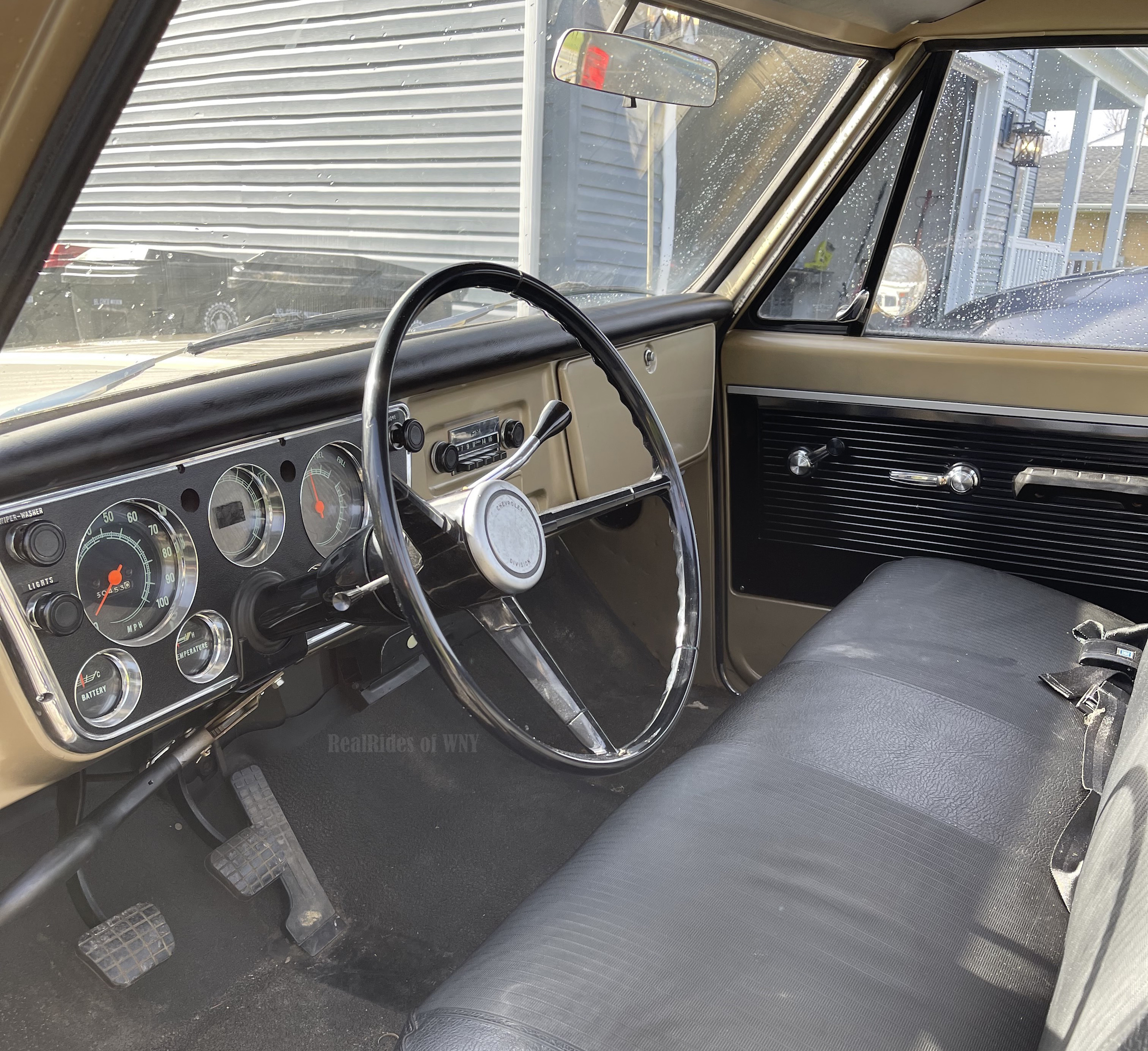 Another day, another 1960s-era pristine pickup truck. These photos were sent in by RealRides reader Kevin Arndt of Lancaster. Mr. Arndt told us he recently bought this 1968 Chevrolet C-10 Stepside, a 50k clean original, from the son of the original owner who passed away in 1991. The truck had pretty much been parked since then. It’s never been driven in snow (always a plus here in WNY!) — and to top that the original owner never even drove it in the rain! Before you ask, yes, the hubcaps are still with the truck, they’re just not on right now. After getting it out of storage it started right up after changing the fluids. Nice find!