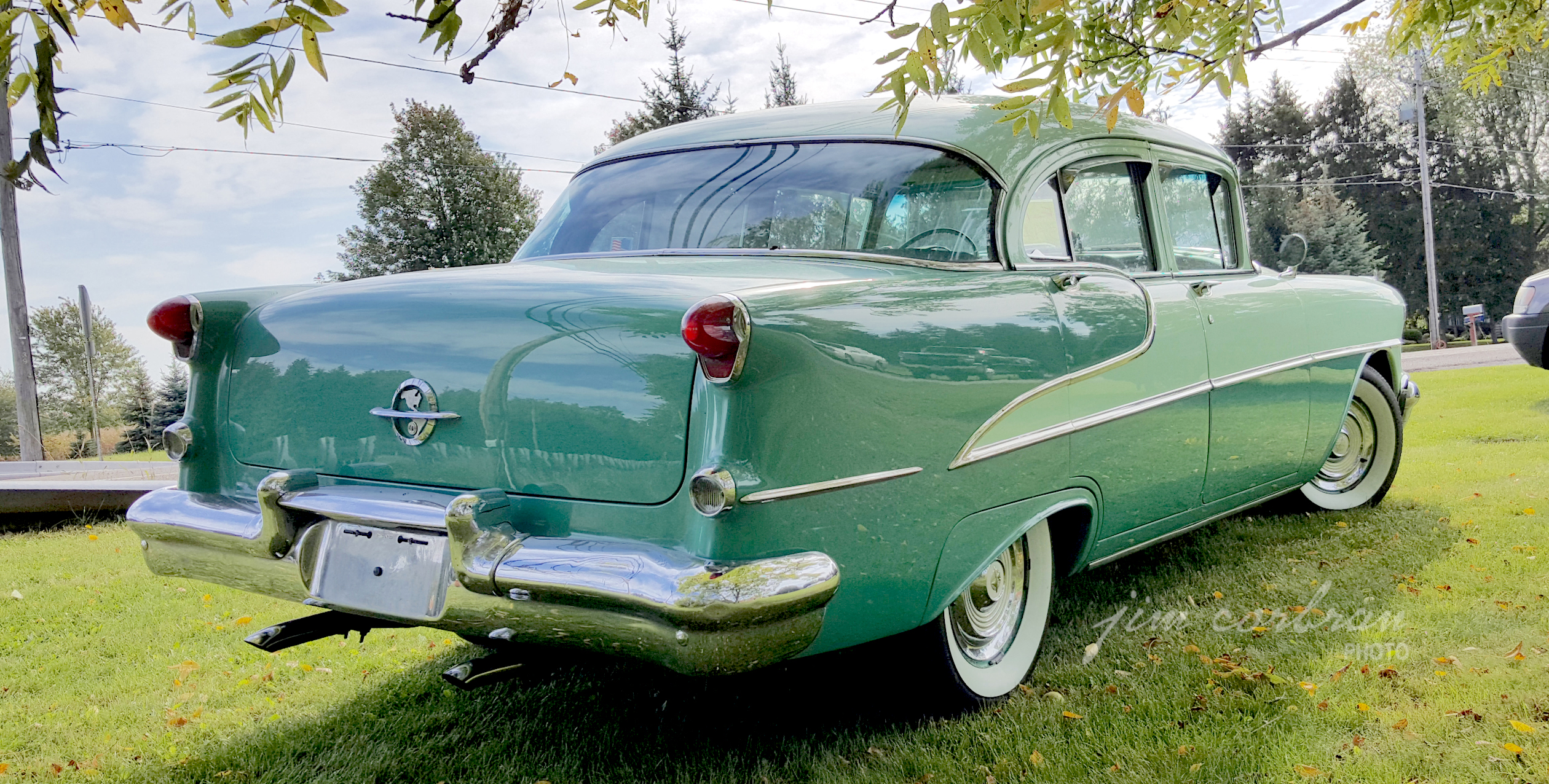 This 1955 Oldsmobile 88 sedan was seen on the side of the road on our way to Olcott one day early last fall. It was wearing a For Sale sign in the windshield, as well as a pair of some of the strangest shaped factory fender skirts (IMO) to come out of Detroit… or in this case, Lansing, Michigan. I imagine Olds did it to mimic the shape of the front wheel opening but, why? The 88 models were referred to in the Olds brochures as “88.” Strange. At least they were consistent though, as the more upscale Super “88” also used the quotes. The top-of-the-line Ninety-Eight had no quotation marks around it (and was always spelled-out). Who knows what goes on inside the heads of marketing people?