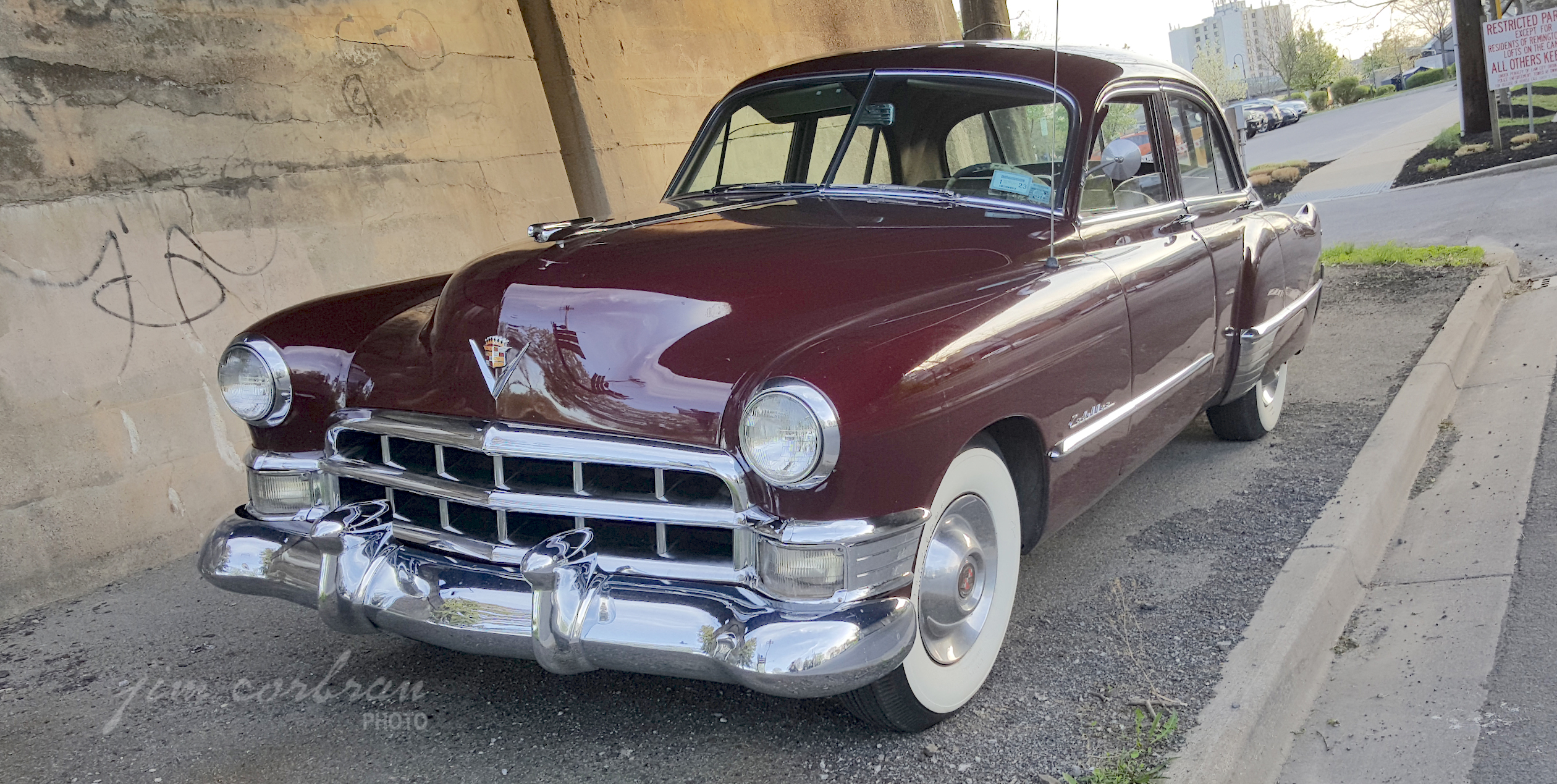 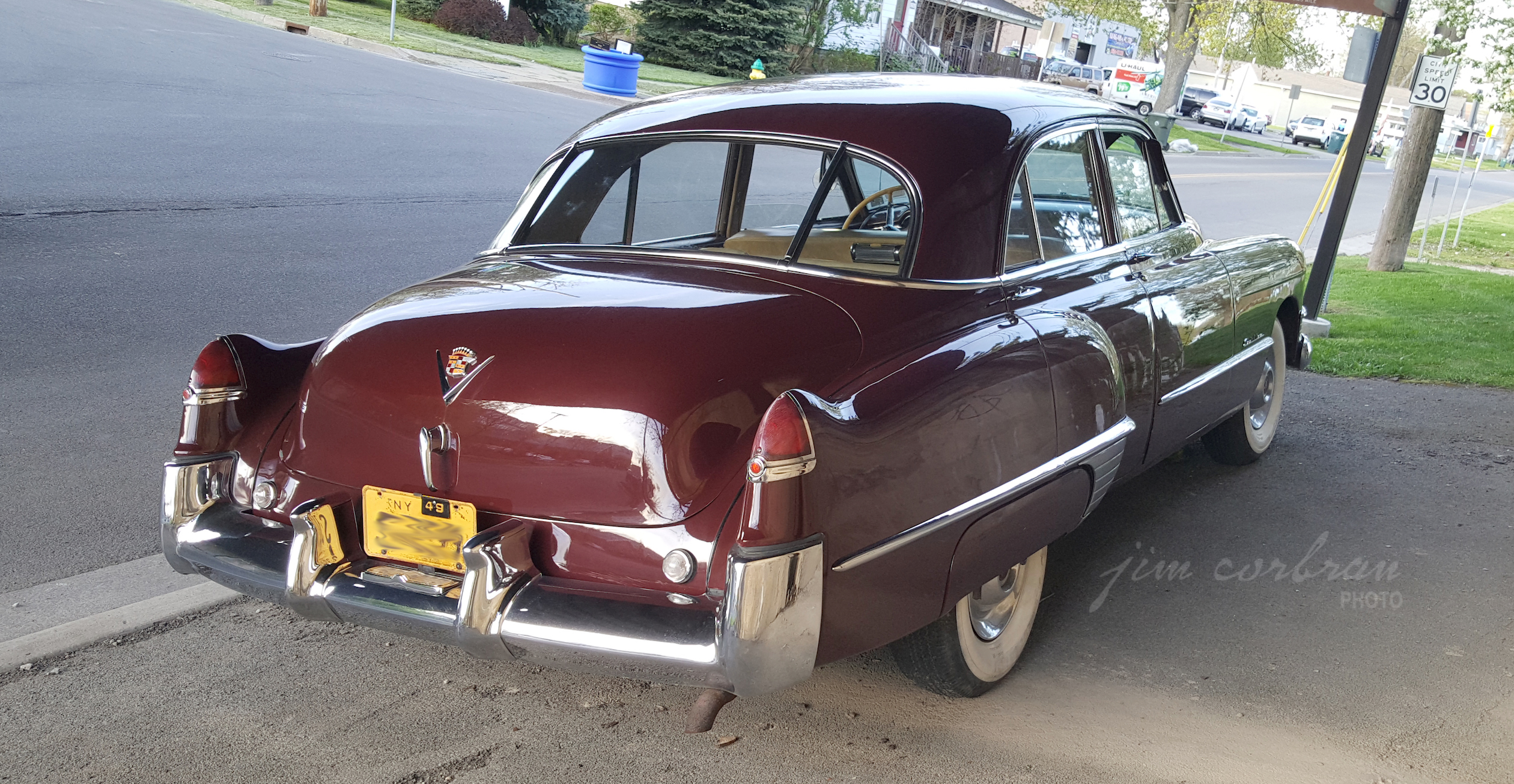 General Motors’ luxury car division wasn’t one for putting model names out there where the general public could see them back when this 1949 Cadillac Series Sixty-One Touring Sedan was new, but a quick glance at that year’s “prestige brochure” and a look at the side trim on today’s RealRide tells us it’s not a Fleetwood Sixty Special, nor is it a Series Sixty-Two. And it’s definitely not a Fleetwood Series Seventy-Five, as these seven-passenger cars still used the 1948 Cadillac’s body style. See them all above for yourself. The Sixty-One was Cadillac’s lowest priced series for MY 1949. We saw this one a few weeks ago taking refuge in the shade of a North Tonawanda railroad overpass.