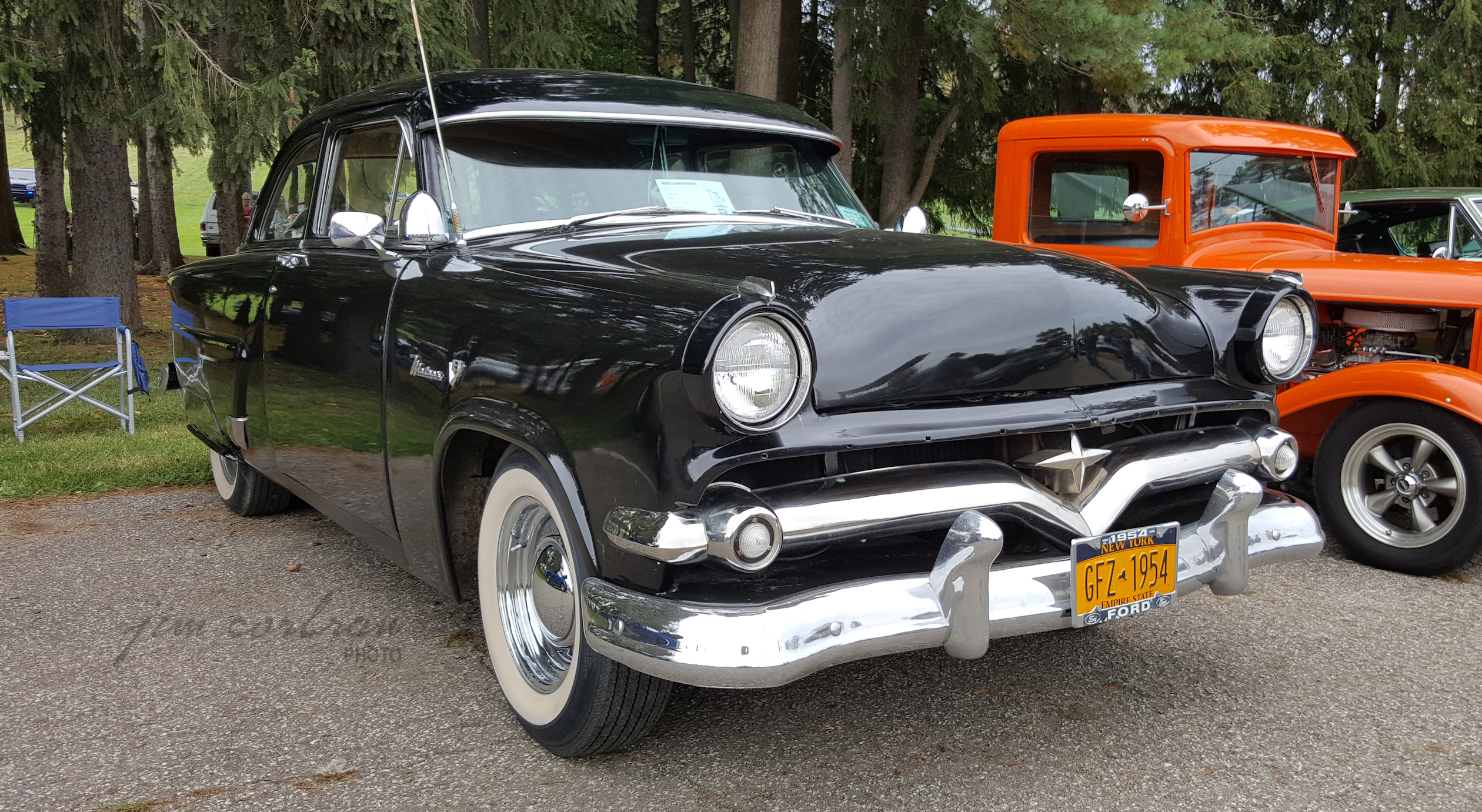 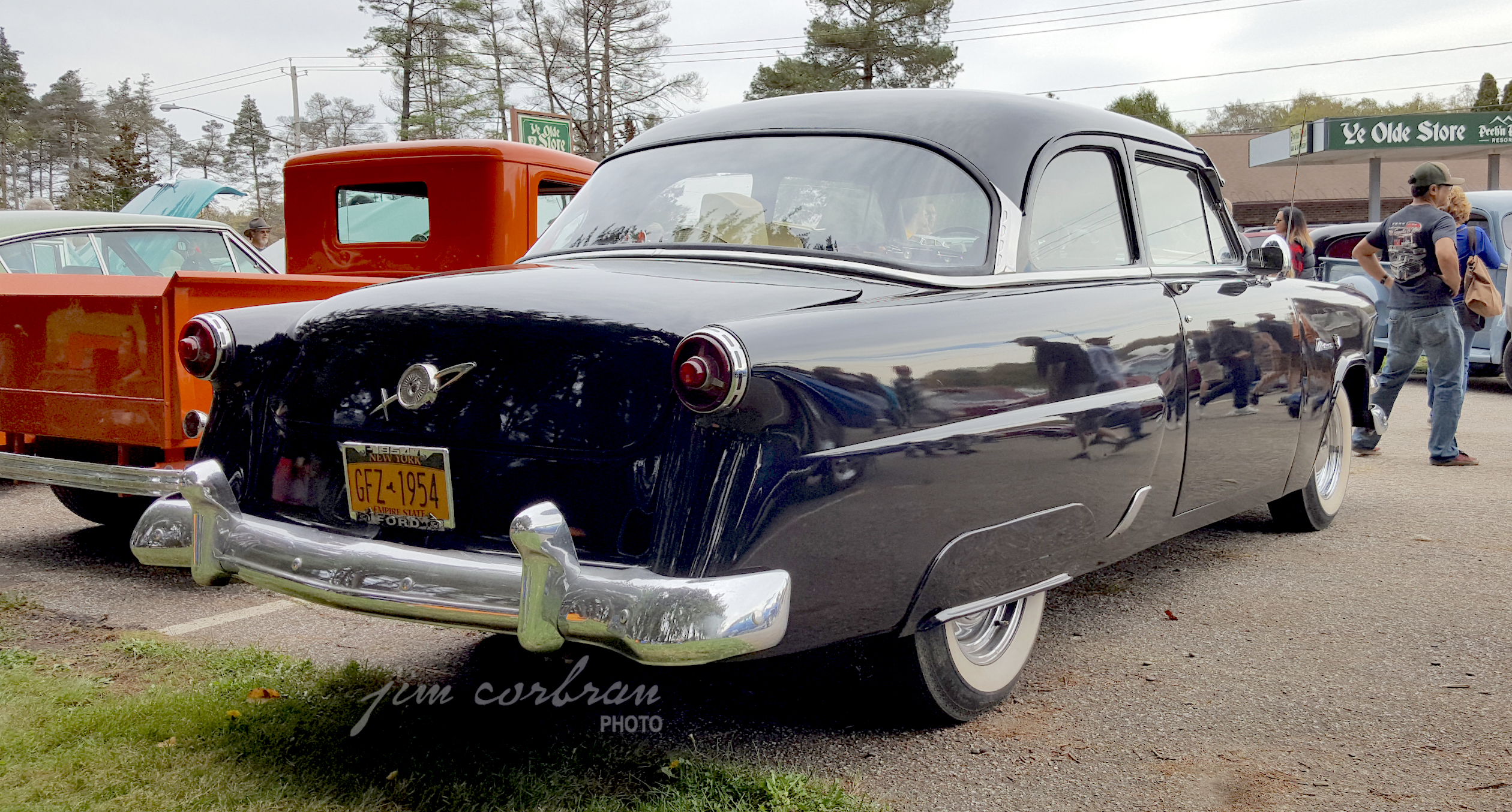 Why, you might be asking yourself, would any Canadian buyer choose a 1954 Meteor like this one over an almost identical 1954 Ford? Could be that, seeing how Canada’s population is so spread out, there wasn’t a Ford dealer for hundreds of miles, but there was a Mercury-Meteor dealer much closer to home. This is why Ford marketed the Meteor — to appeal to as many price ranges as they could without an overabundance of dealerships. They didn’t want to sell Fords and Mercurys at every dealership because it wouldn’t have made sense in the larger metro areas which could support both a Ford and a Lincoln-Mercury store. (For the same reasons, in the areas where there was only a Ford-Monarch store, buyers could also choose from a higher-priced Mercury-based Monarch lineup of cars.) We saw this rarely-seen in the U.S. RealRide last fall at the annual car show held at the Peek’n Peak Resort in Clymer.