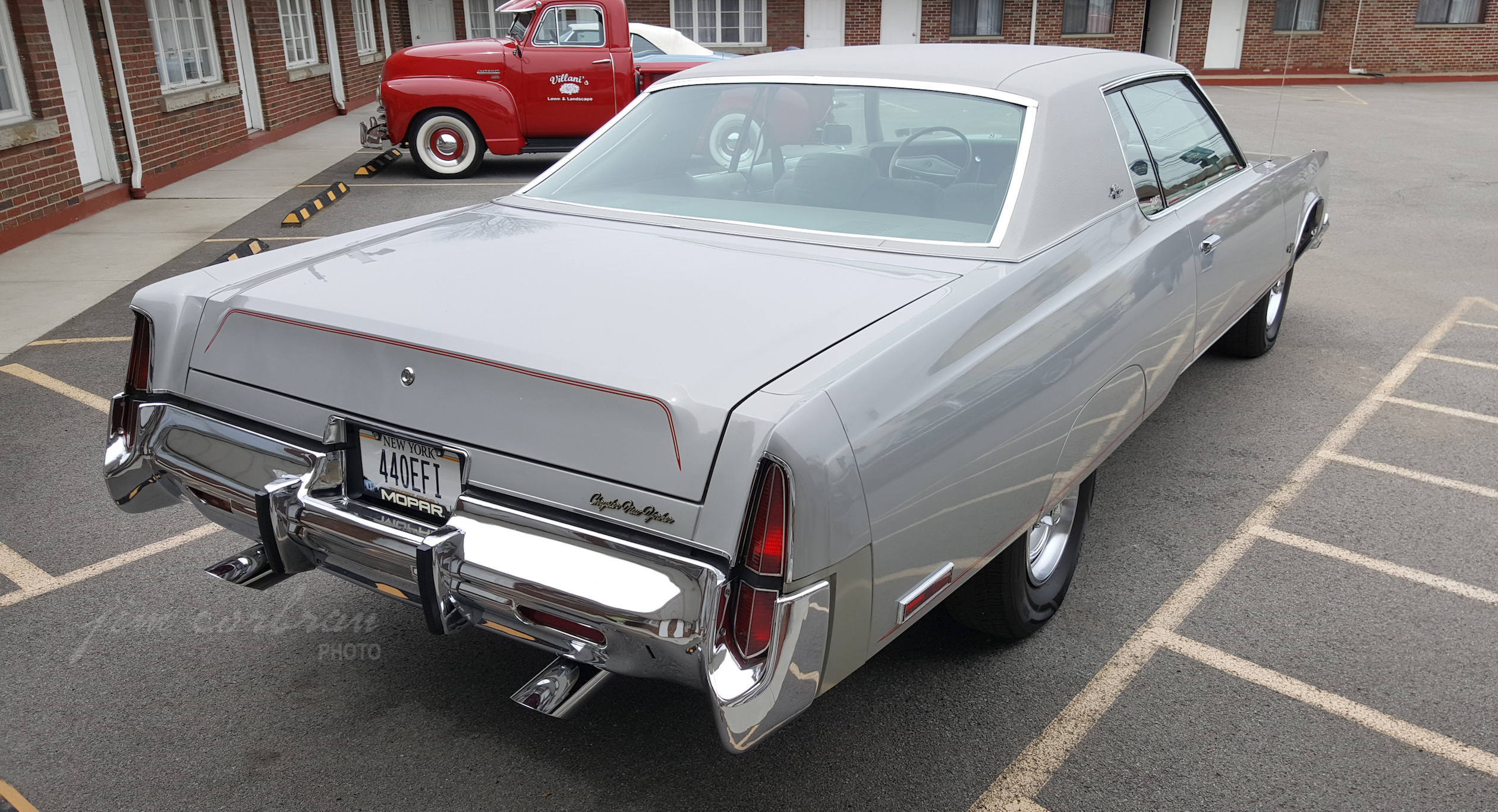 If you’ve been around the local cruise night/car show scene these past few years, you’ve probably seen (and heard, Lol) this 1978 Chrysler New Yorker Brougham. It’s been owned by Lackawanna’s Rick Teribury for three years or so now, and it has a bit over 17k on the odometer. We met up with Rick and his NYer a few weeks ago in Niagara Falls where the car was being used as a period background piece for a 1980s-era movie scene being shot at the Moonlite Motel on Niagara Falls Boulevard. (Full disclosure: our ’81 AMC Spirit was also there. We’re all hoping not to end up on the cutting room floor, Lol.) The Tom Hanks movie, “A Man Called Otto,” is scheduled to open on Christmas, as this is written. The New Yorker of course, was Chrysler’s big luxury yacht, and 1978 was part of that confusing period when they weren’t sure what to do with the Imperial nameplate. In 1975 this same (almost) exact car was badged as an Imperial, but the following year the New Yorker Brougham name took its place. By then the only other big Chrysler was the Newport; downsizing occurred for model year 1979, and that was that.