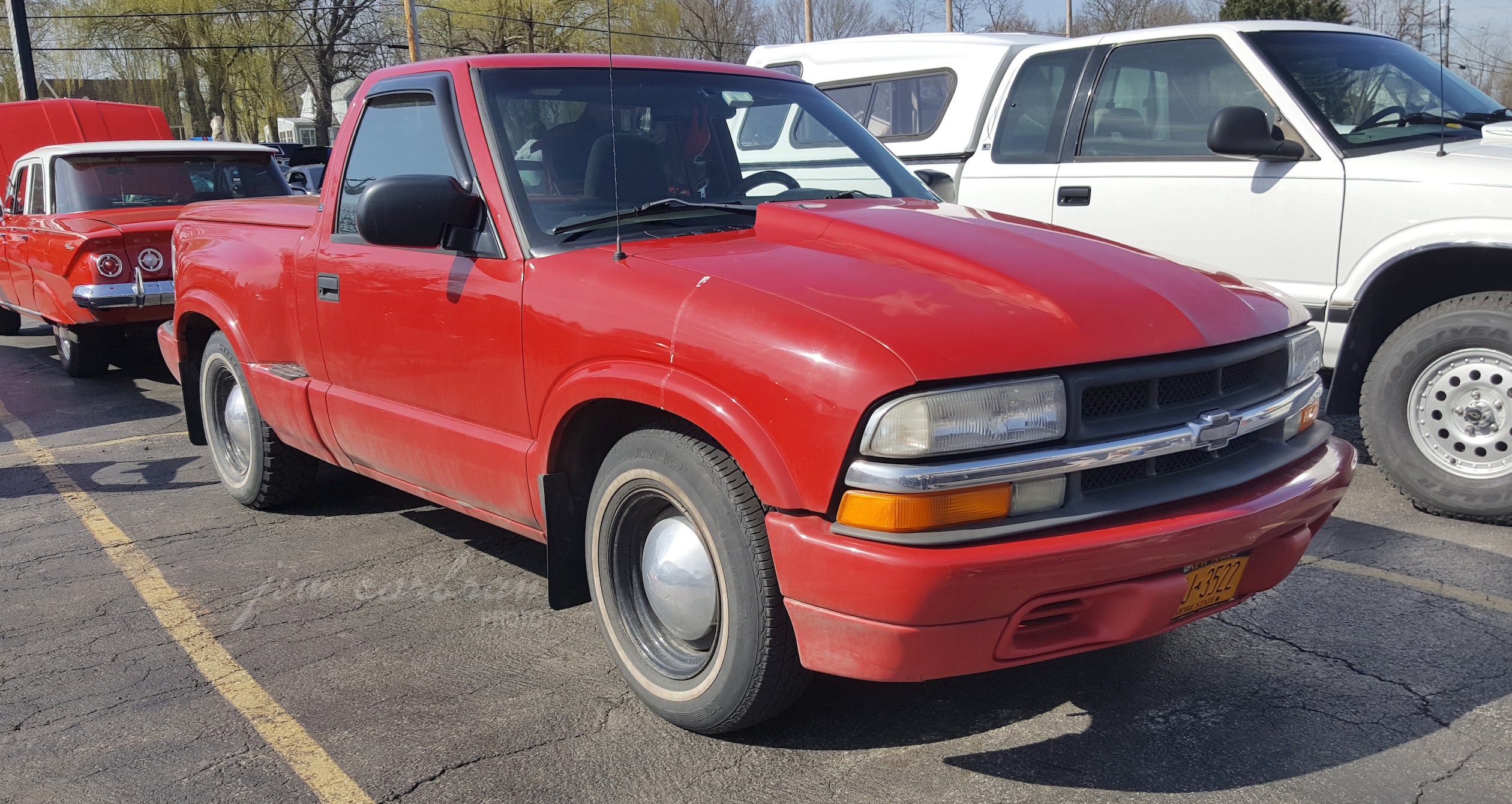 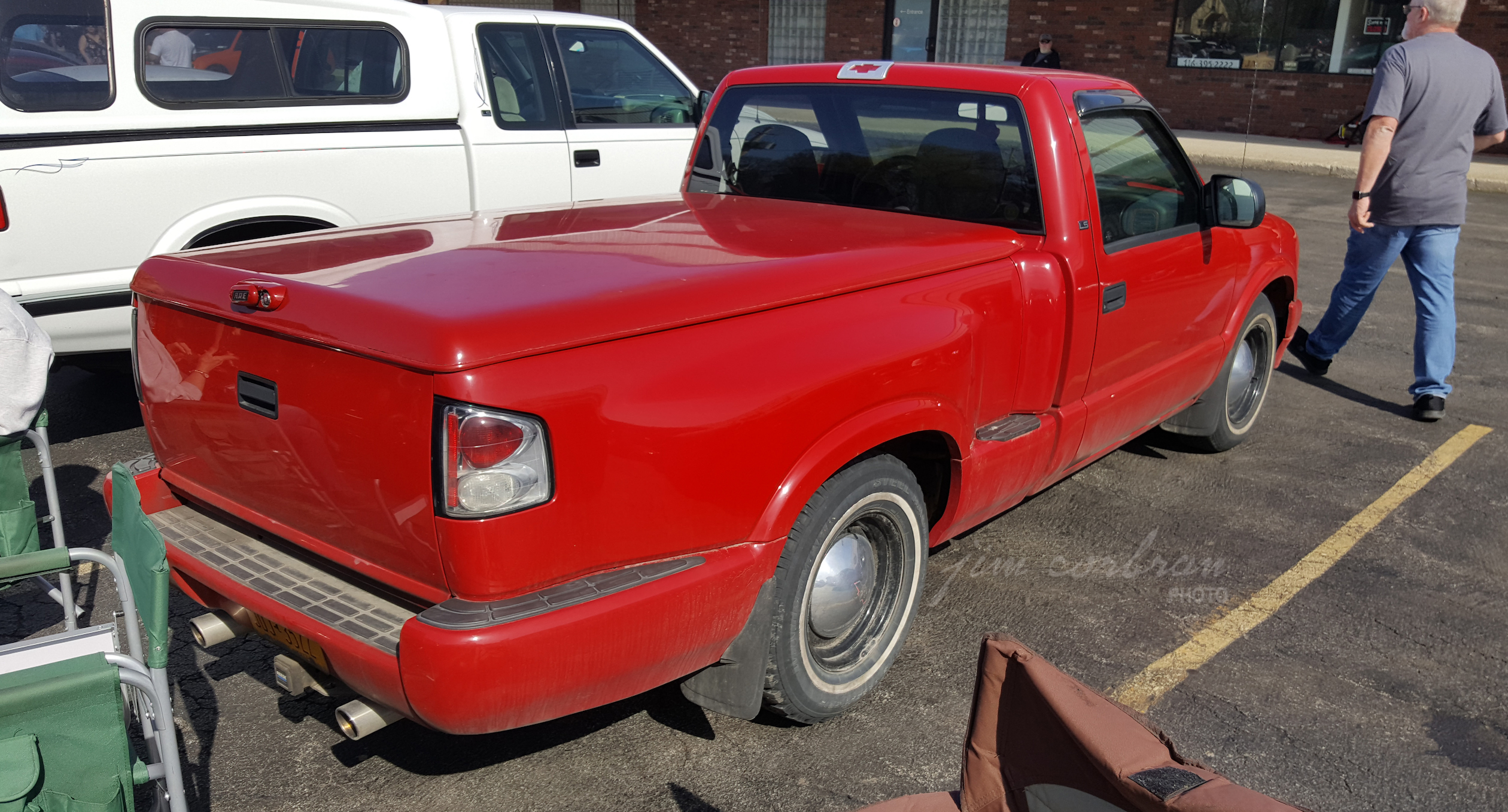 Nope, it’s not often you see a 1998 Chevy S-10 Sportside at a classic car gathering, let alone one with one of my favorite combos: whitewalls, black steelies, and Baby Moons. We saw this one back in April at a Cars and Coffee gathering at Wimbledon Lanes in West Seneca. Besides the Sportside — whose rear fenders hint at the full-size Chevy Stepside — the S-10 was also available as the slabsided Fleetside in long (88.8”) and short (72.8”) box lengths. Both the Sportside and the Fleetside models were available in regular and extended cab versions. No back doors or back seats yet; that would have to wait a few more years.