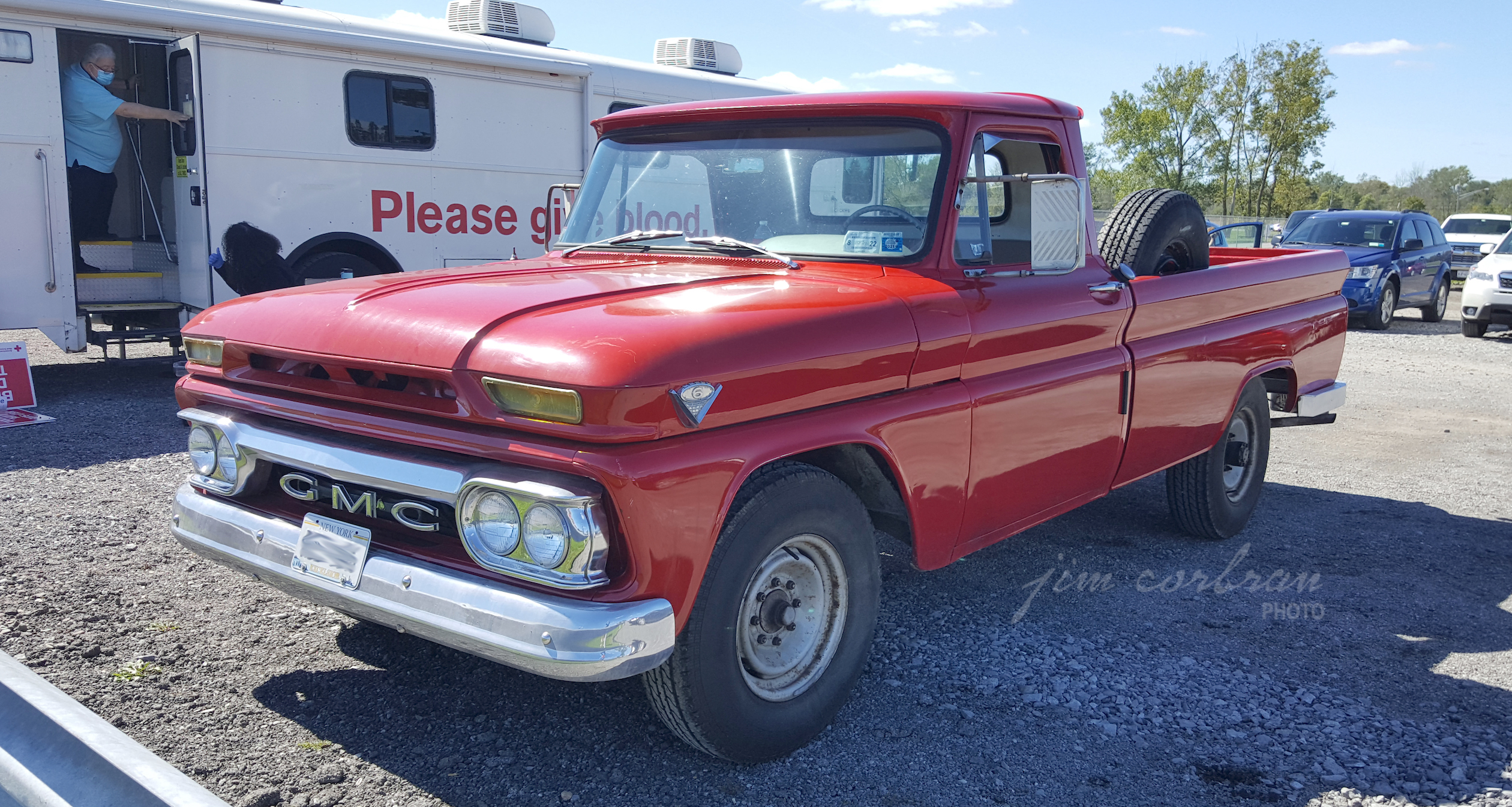 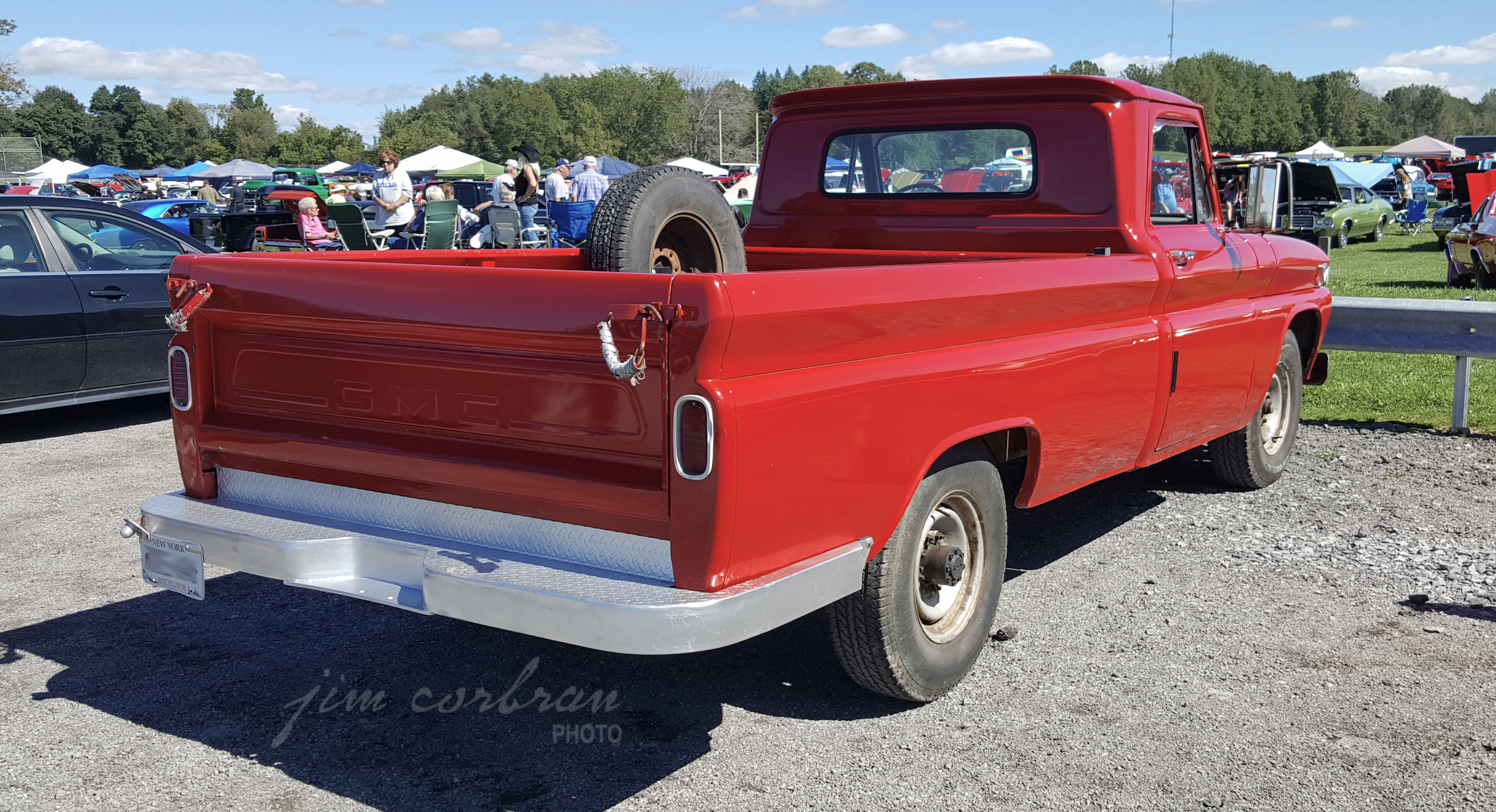 The 1964 GMC pickup was offered in a variety of bed lengths. The Wide-Side (like this one) and the Fenderside could each be ordered with an eight- or a 6.5-foot bed; while the Fenderside could also be had with a nine-foot version. Today’s RealRide, seen in the spectator's lot at last year’s Pembroke-Corfu-Darien Kiwanis 14th Annual Car Cruise & Fall Festival in Pembroke, appears to be the longer eight-foot version. In case you’re wondering, the Fenderside is the equivalent of the Chevy Stepside (see the brochure illustration below). 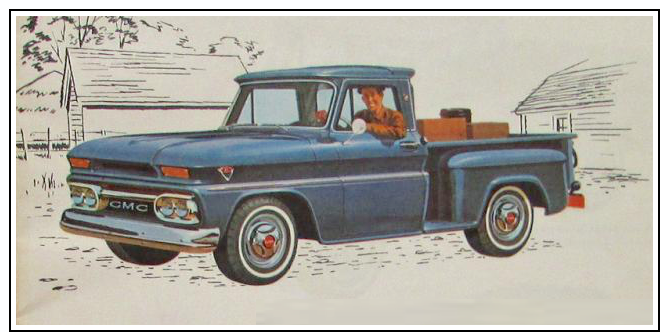