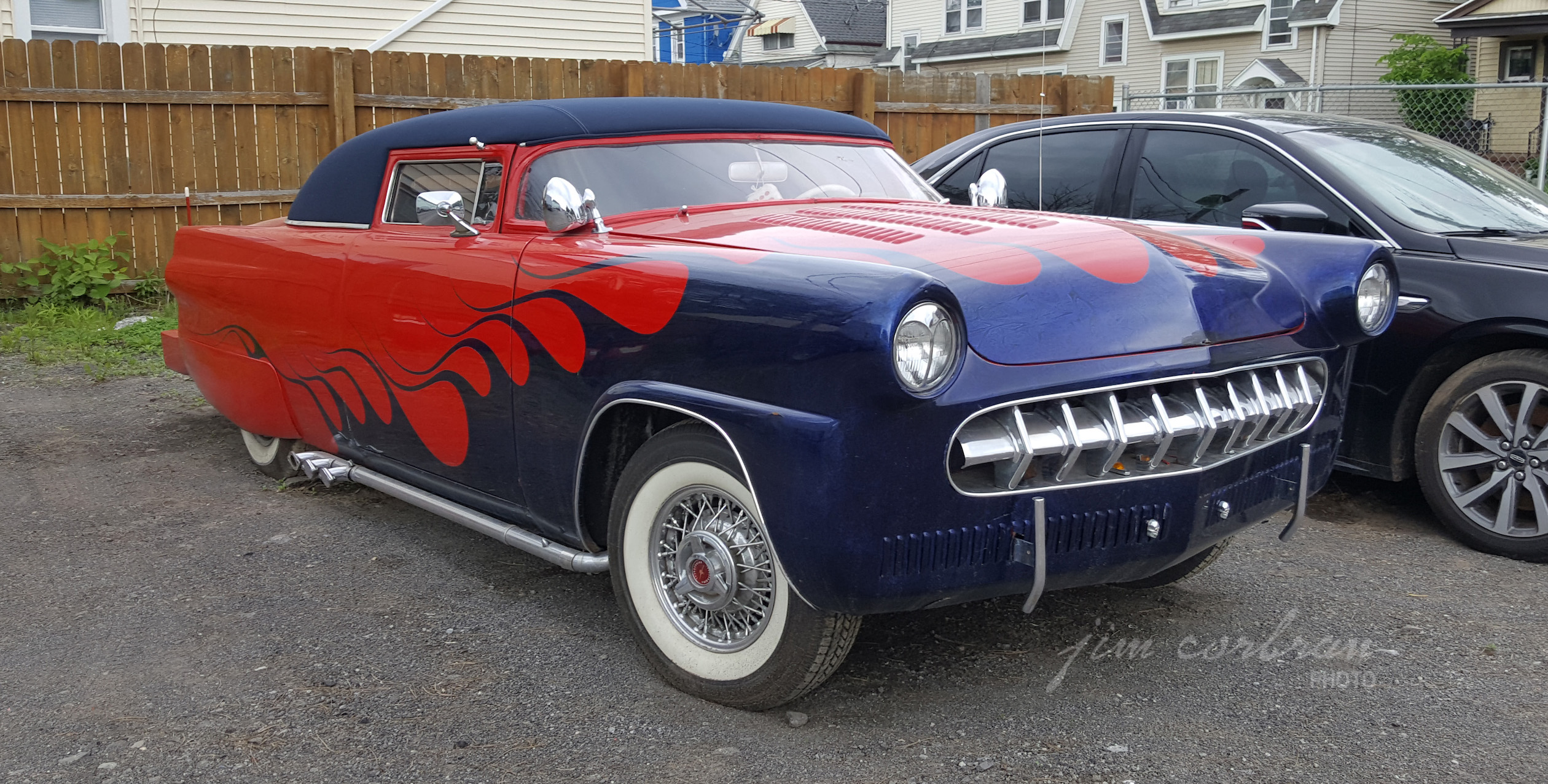 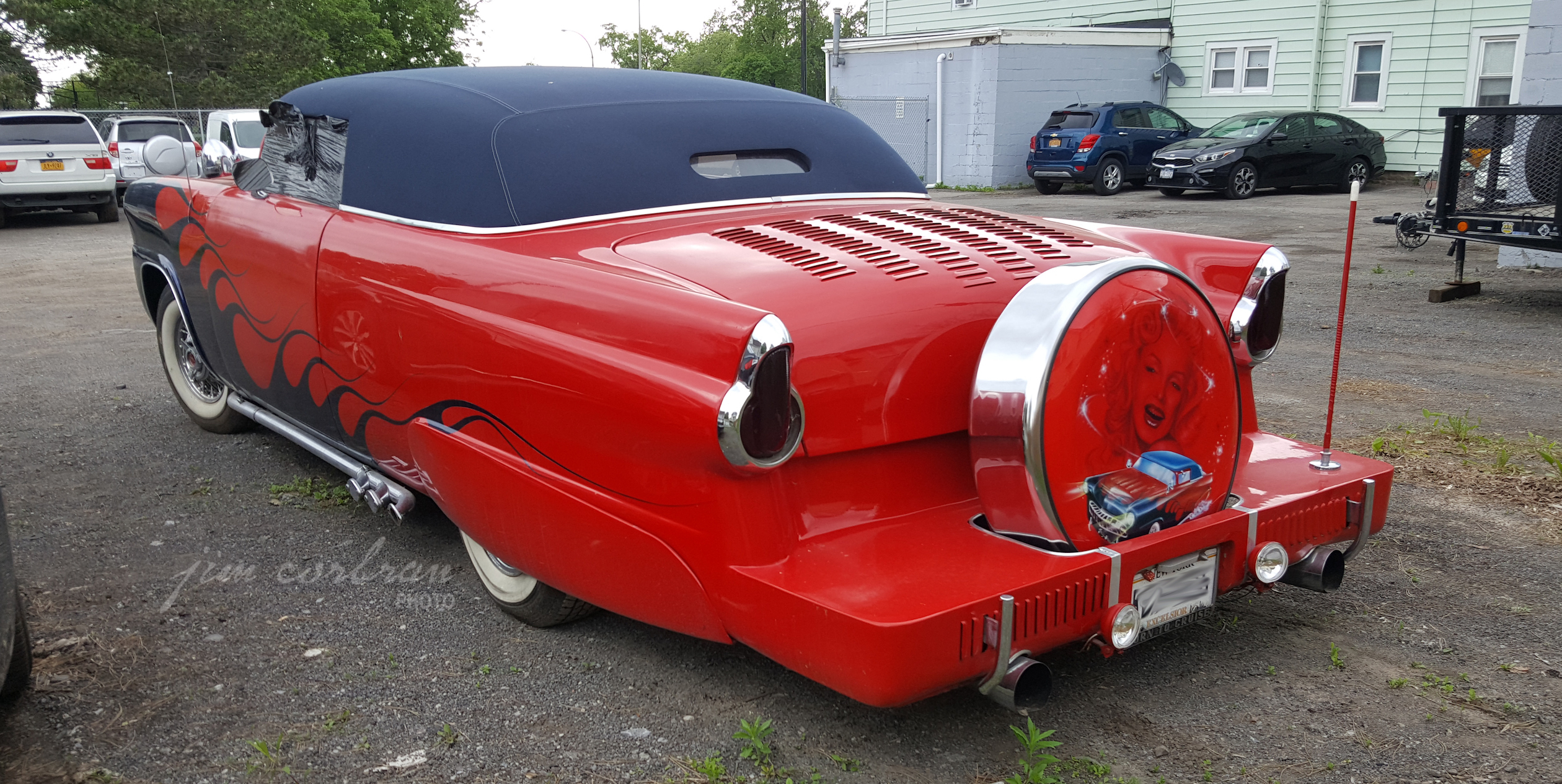 Seeing that the door windows are fully framed, I think it’s safe to say that today's RealRide isn’t a convertible. Besides the chopped top, how many other modifications can you find on this 1955 Ford Tudor? That top, IMO, is a faux Carson top, made to look like it’s a convertible. An actual Carson top looks similar, but is fully removable. There’s always the possibility though… it’s hard to say without looking more closely (or maybe, just asking somebody who knows! Lol…). We saw it a few weeks ago while bicycling though the Riverside neighborhoods of Buffalo.