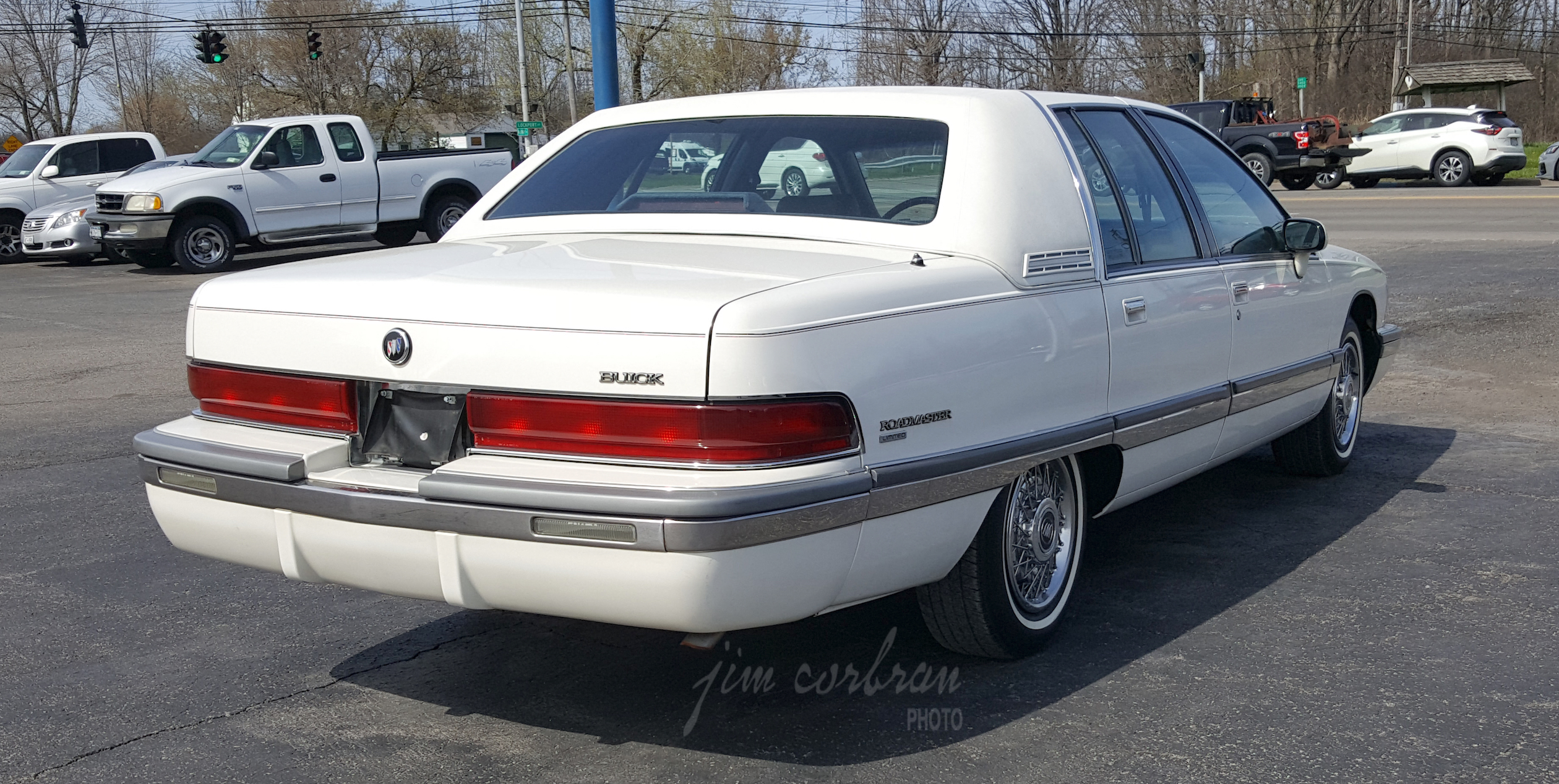 If land yachts are your cup of tea, we recently came across this 1992 Buick Roadmaster Limited in a Niagara Falls used car lot. Buick called it “…an unmistakably full-frame, rear-wheel drive road sedan with a powerful 180-horsepower, 5.7-litre fuel-injected V-8 that puts a lot of power on the pavement.” I especially like the British spelling of “litre” here, as it suggests that the Roadmaster has a flair for European road-handling.