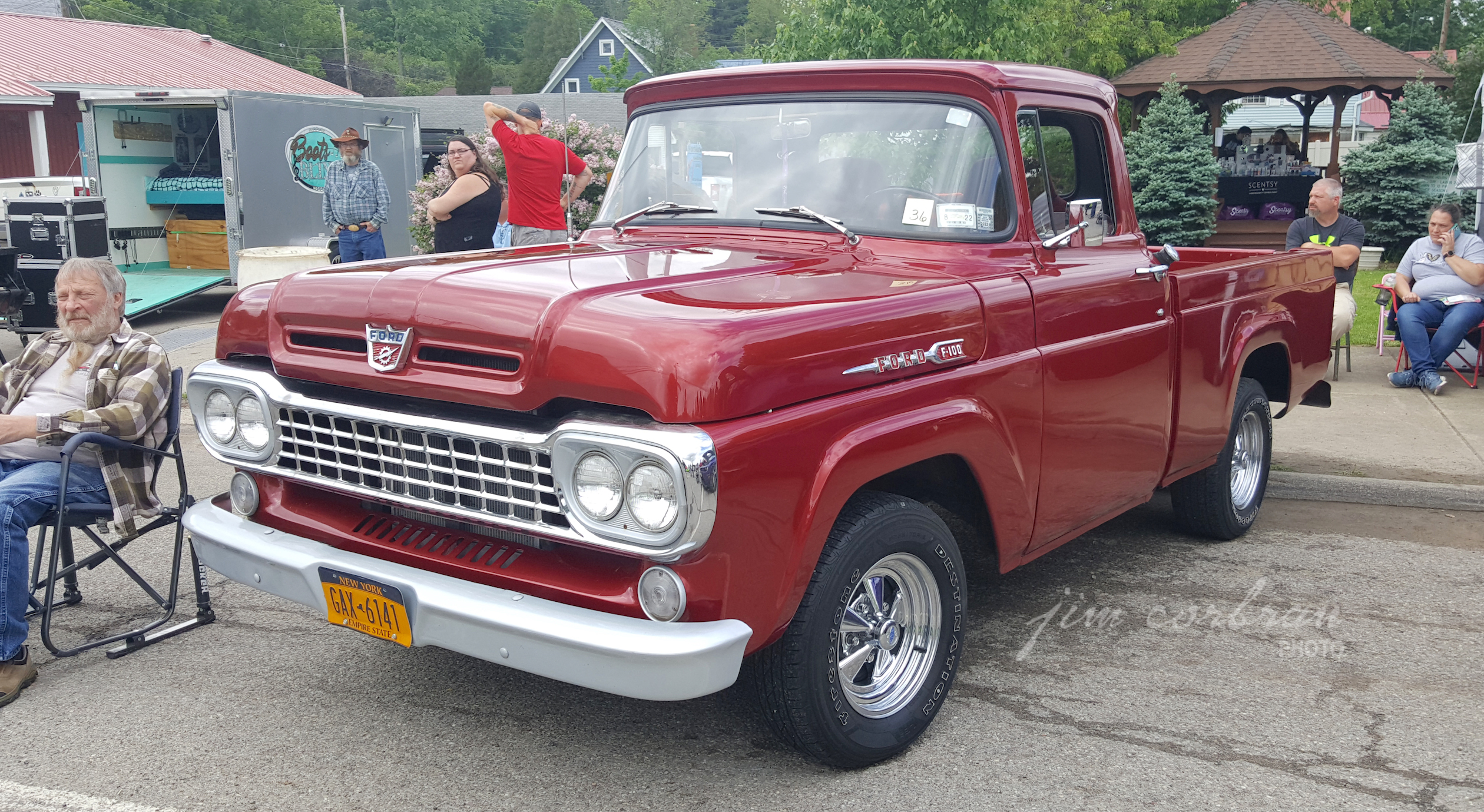 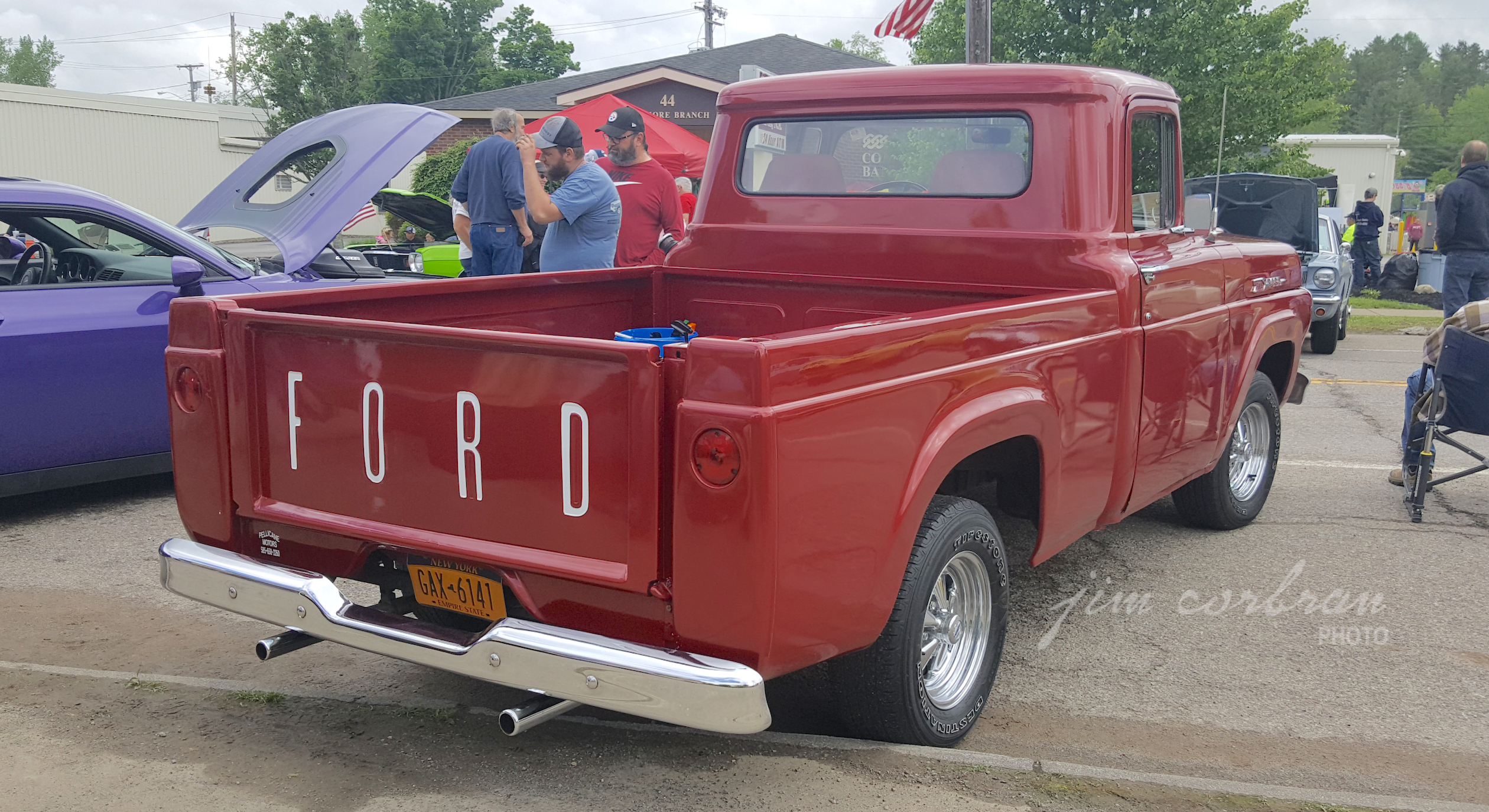 We came across this 1960 Ford F-100 Styleside a few weekends ago at the Fun Fest Car Show in Fillmore. The F-series trucks were the only Ford pickups available for MY 1960, but that would all change the following year with the introduction of the compact Econoline (below). For 1960 though, Ford’s pickups were still offered in 100, 250 and 350 series, with the larger, medium-duty trucks ranging from the F-500 through F-1100. Pickups were still available as this Styleside as well as a Fenderside (bottom photo). 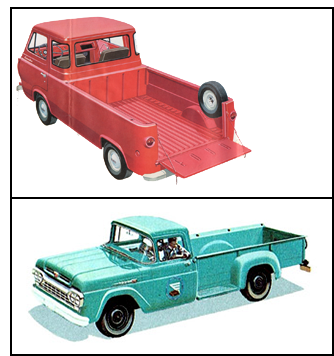