To put it mildly, this 1966 Ford Country Sedan has a pair of mean-looking exhaust pipes poking out from beneath that back bumper. Not to mention a set of extra-deep steel rims, partly disguised by those factory dog dish hubcaps. I’m guessing that this old wagon is used for more than just taking the kids on trips to the drive-in. We saw it almost a year ago in a Webster driveway. I imagine the ones most of us remember look more like those seen below in Ford's  Buyer’s Digest of New Car Facts for 1966. 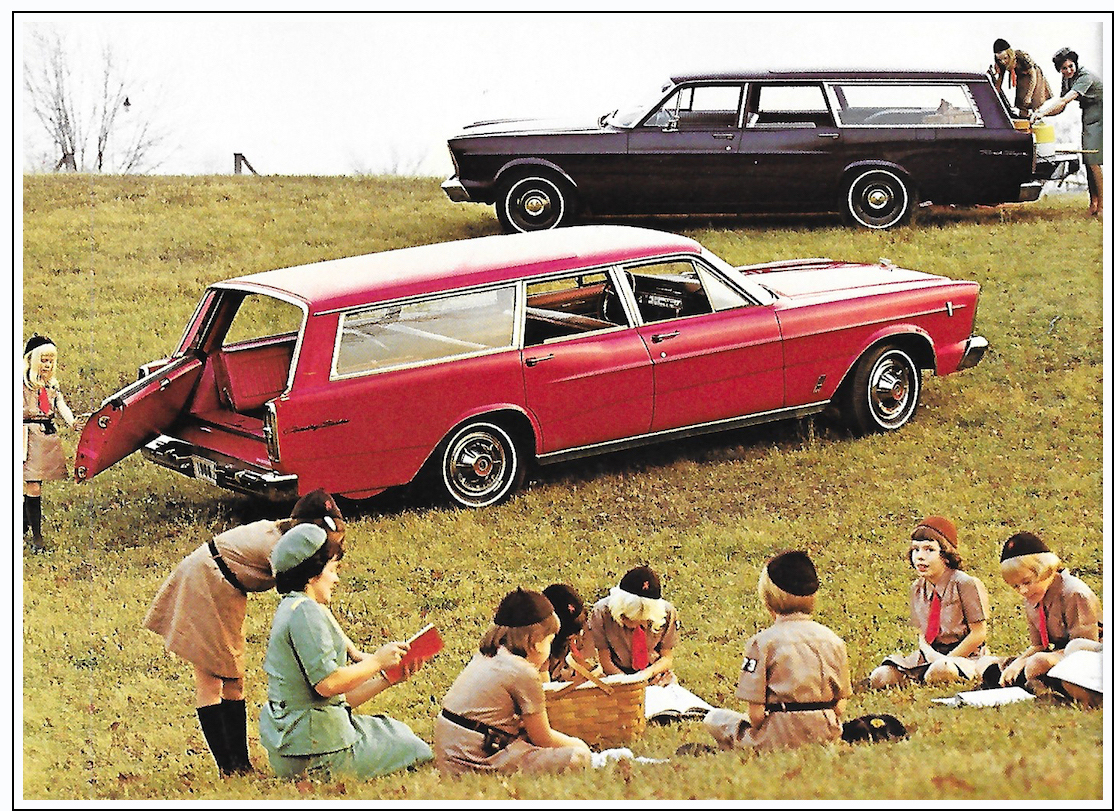