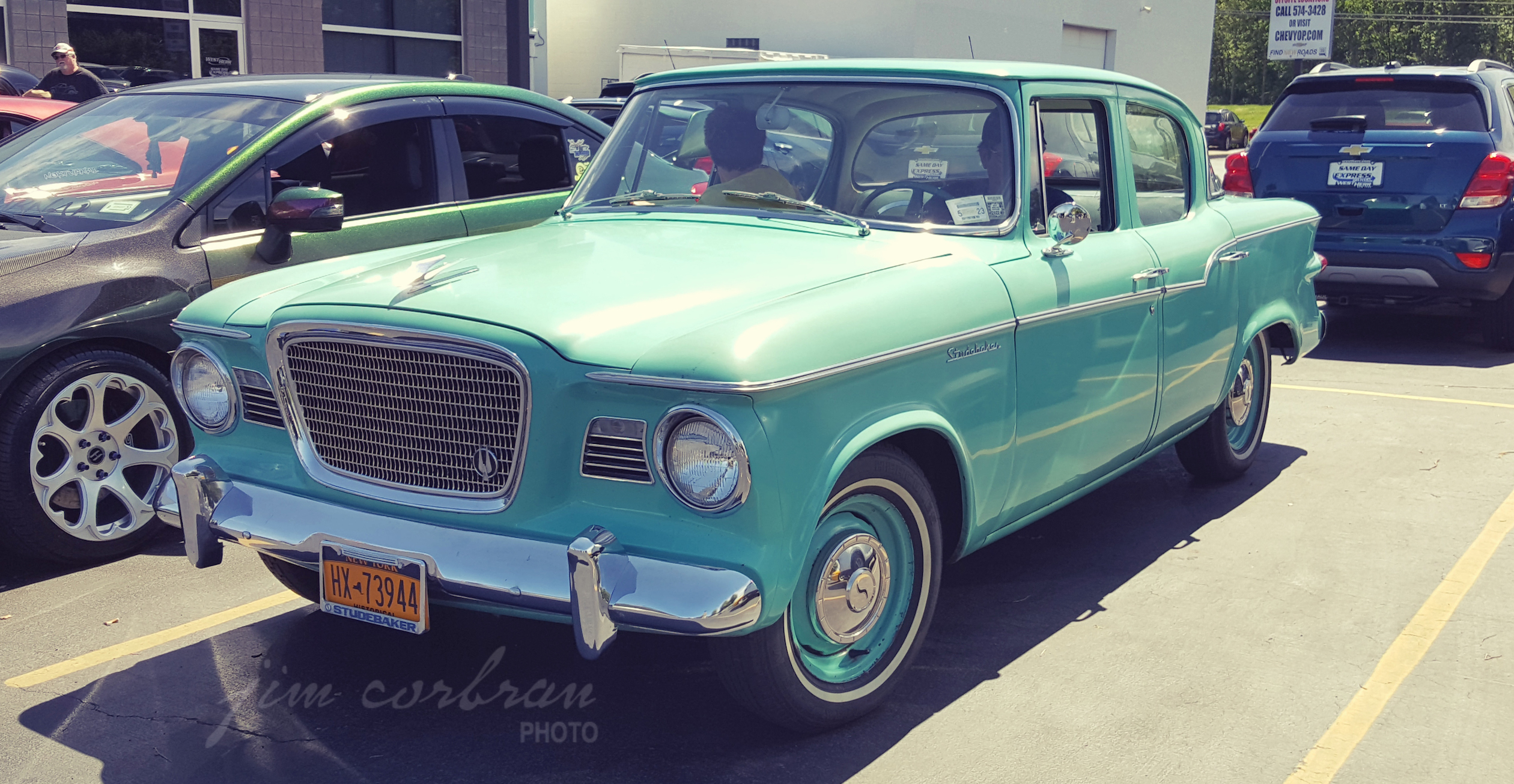 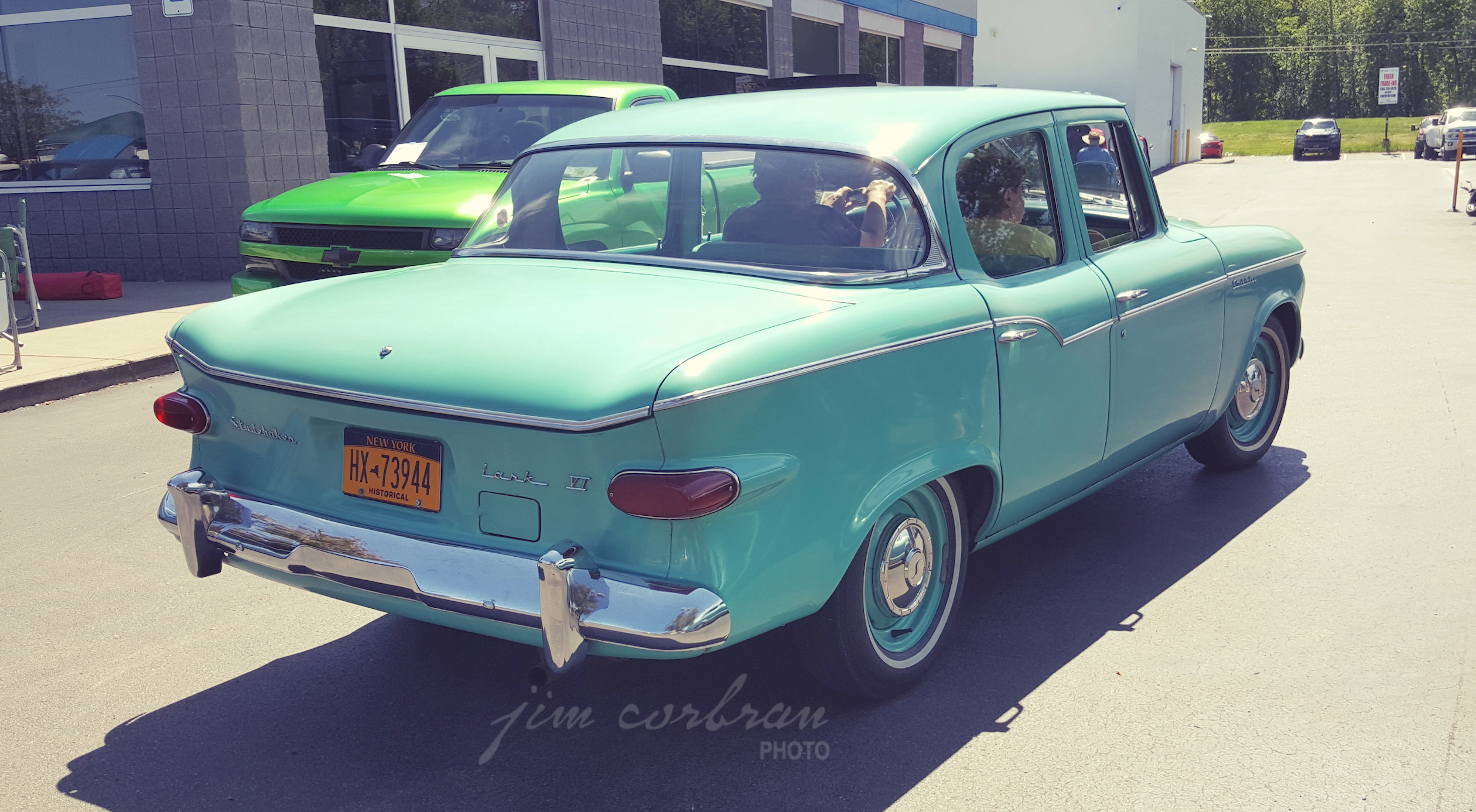 This 1959 Studebaker Lark VI made the drive from the Genesee County Village of Bergen to the Orphans Car Show in Orchard Park earlier this month “…on the back roads” as the owners explained. A roughly one-and-a-quarter hour drive avoiding the Thruway is often the best way to go when driving a 63-year-old car, no matter how good its condition is — and this one’s in pretty good shape! And anyway, the back roads are usually more interesting. In 1959, the Lark, along with the Rambler American, were in their final year of being the only American-made compacts, as the Big Three’s Falcon, Corvair, and Valiant would debut a year later.