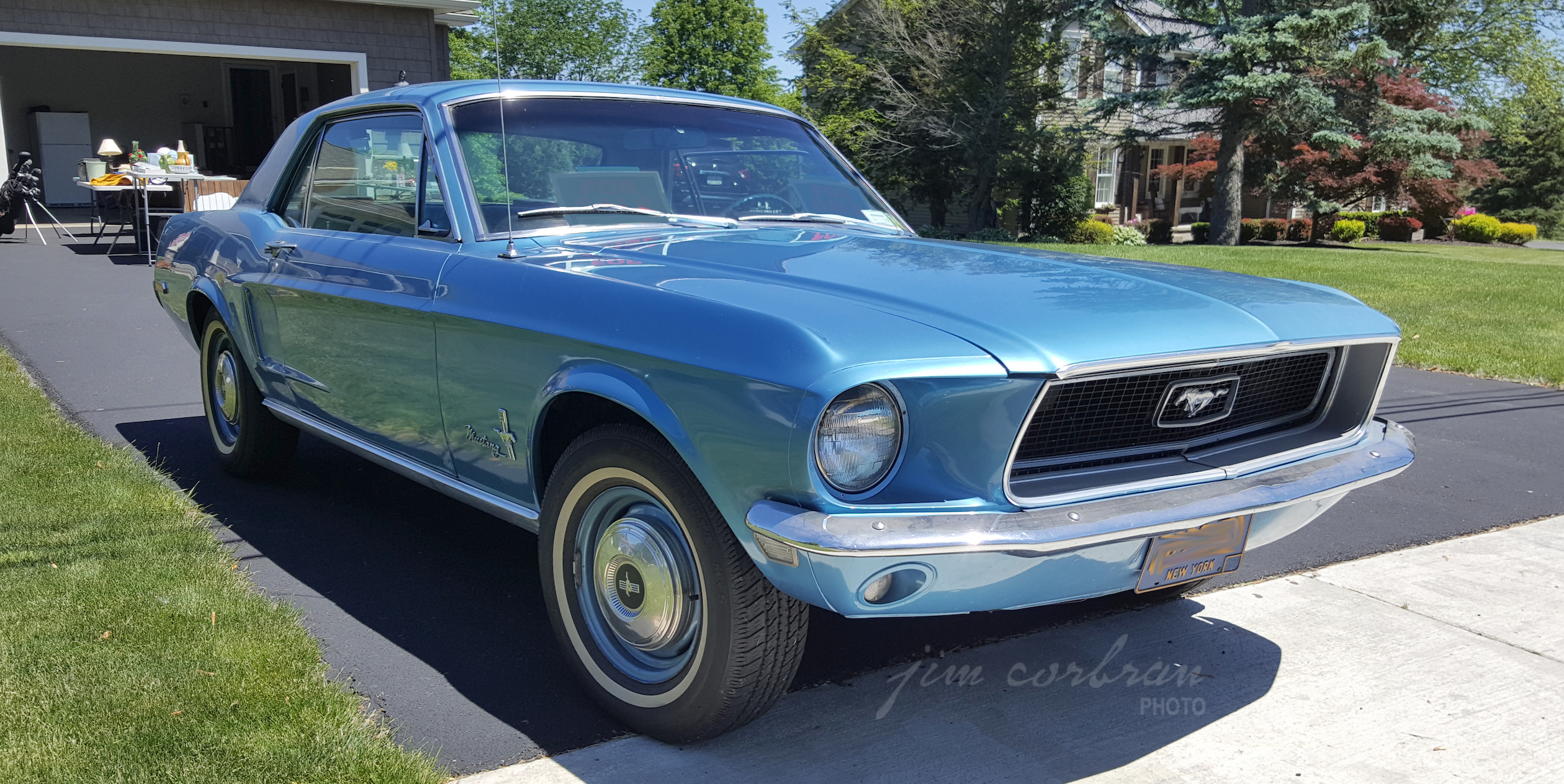 If you’re looking for an unassuming pony car, we passed this 1968 Ford Mustang which was For Sale a few weeks ago in Pendleton while on our way to the Field of Dreams Car Show in Lockport. Equipped with Ford’s 289cid V8, this Brittany Blue example has had an extensive amount of work done on it over the past few years. You might be surprised to learn that the hubcaps on today’s RealRide were standard equipment for 1968 — seems like most of them (IMO) left the factory sporting a set of Deluxe Wheel Covers. Another surprise may be that a front bench seat was also an option. I don’t think I’ve ever seen one, and I’ve seen plenty of ’67 & ’68 Mustangs over the years!