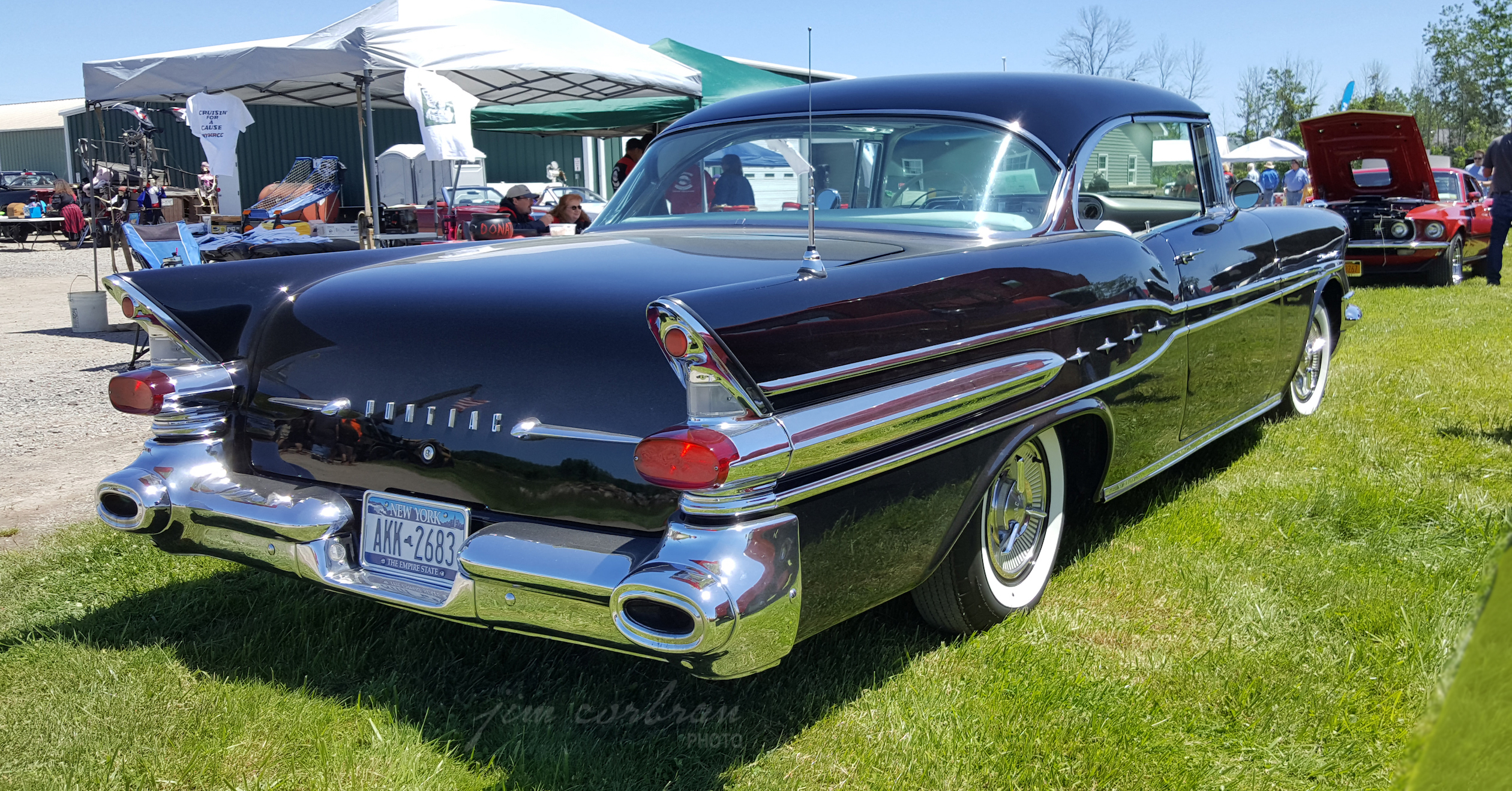 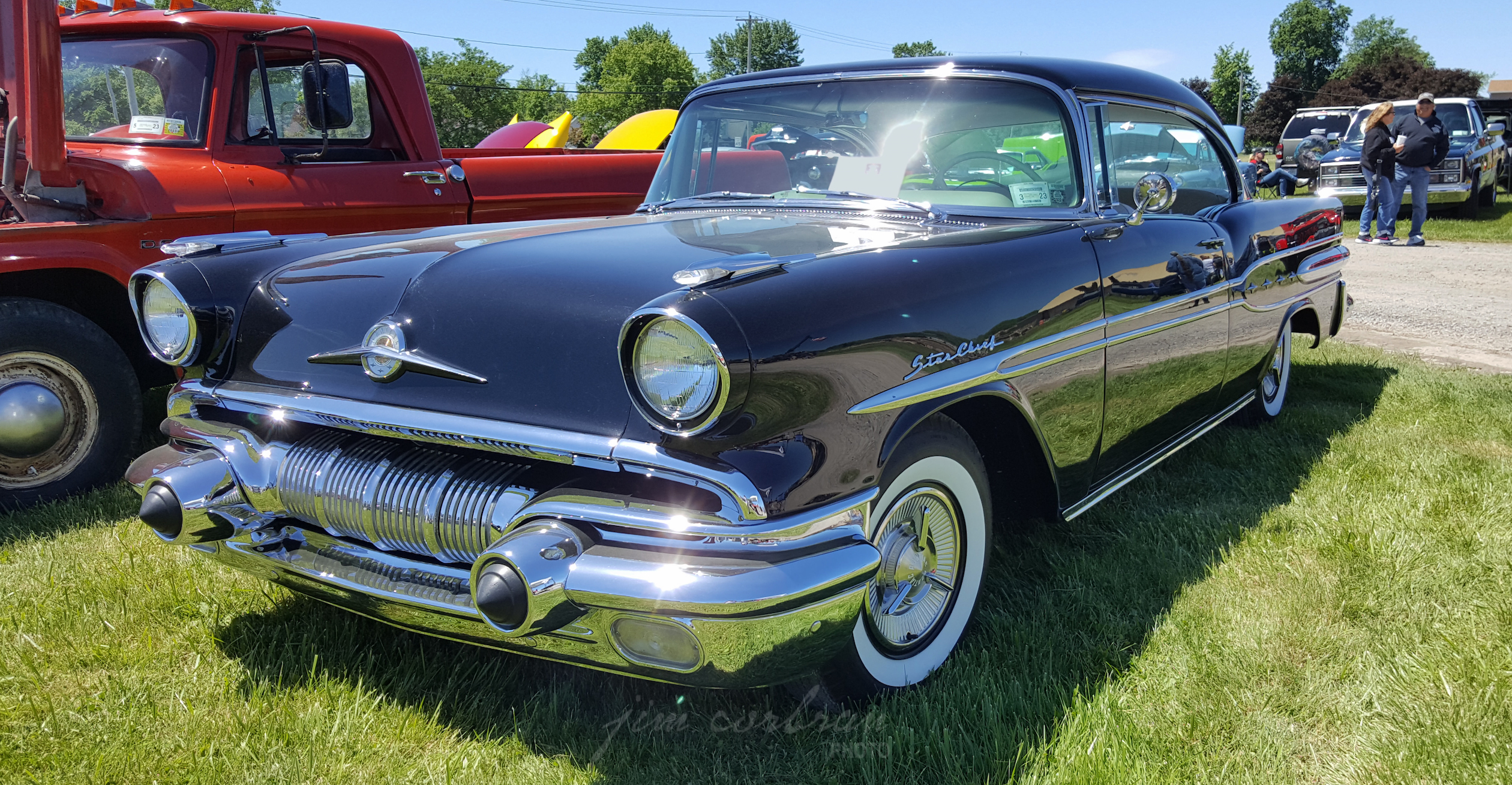 Attending as many car shows/cruise nights as I (and I’m sure many of you) do, sometimes it seems like the only 1957 General Motors cars to have survived all these years are Chevrolets. Then one weekend earlier this month I came across this 1957 Pontiac Star Chief — and the next day came across another one! Pontiac sold plenty of cars for MY 1957. The Encyclopedia of American Cars says 333,473 of them left the factory. The biggest seller was the base model Chieftain 4-door sedan (44,999) while the rarest was the Bonneville convertible (630). All 1957 Pontiacs had a version of the 347cid V8 — an engine that had kept growing in size since its introduction as Pontiac’s first V8 in 1955 when it measured 287.2 cubic inches. It then went to 316.6 for 1956, and 370 for 1958 before finally settling in 1959 at the 389cid size at which it would remain for years. We saw this one at the Field of Dreams Car Show in Lockport earlier this month.