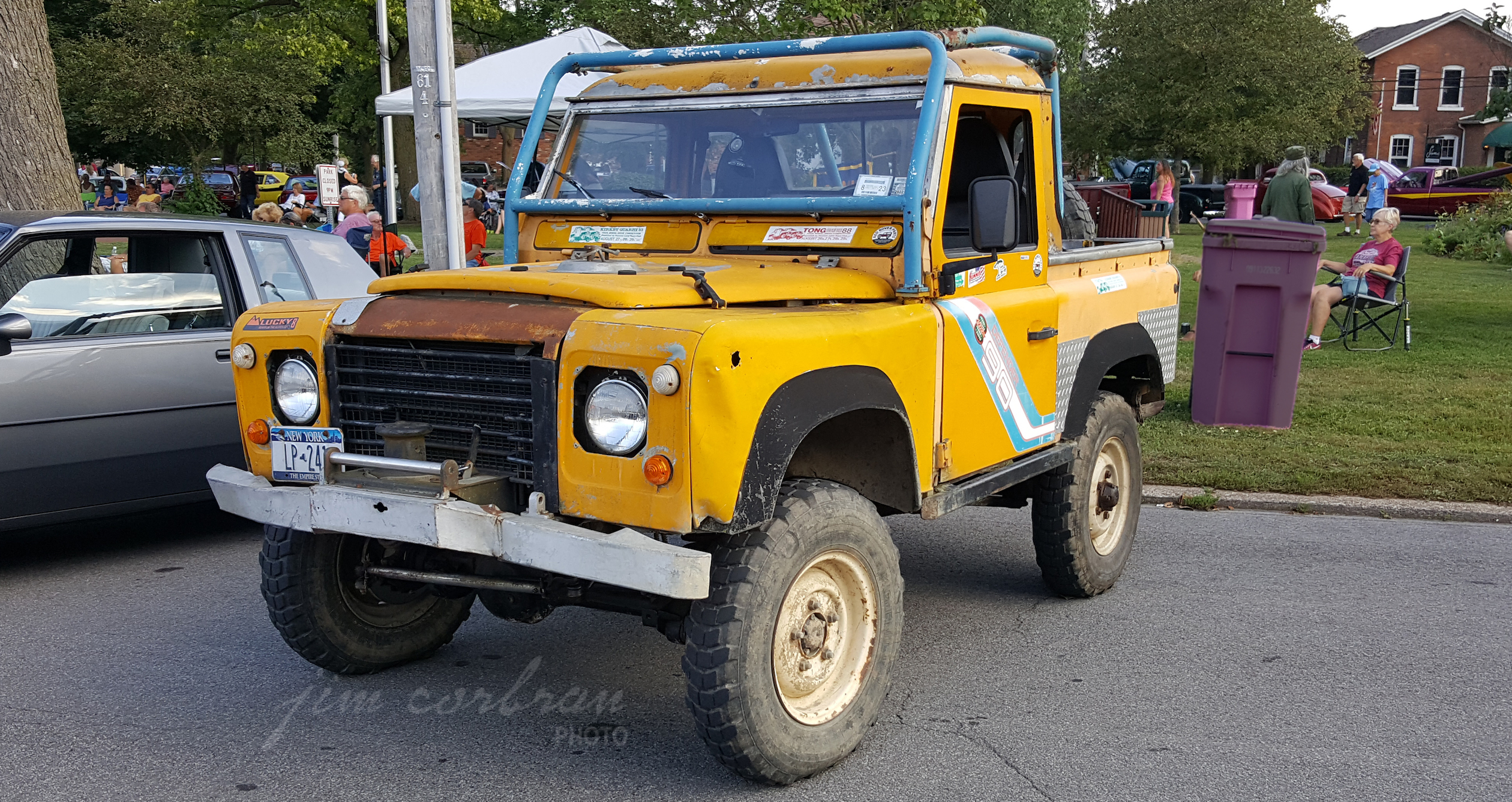 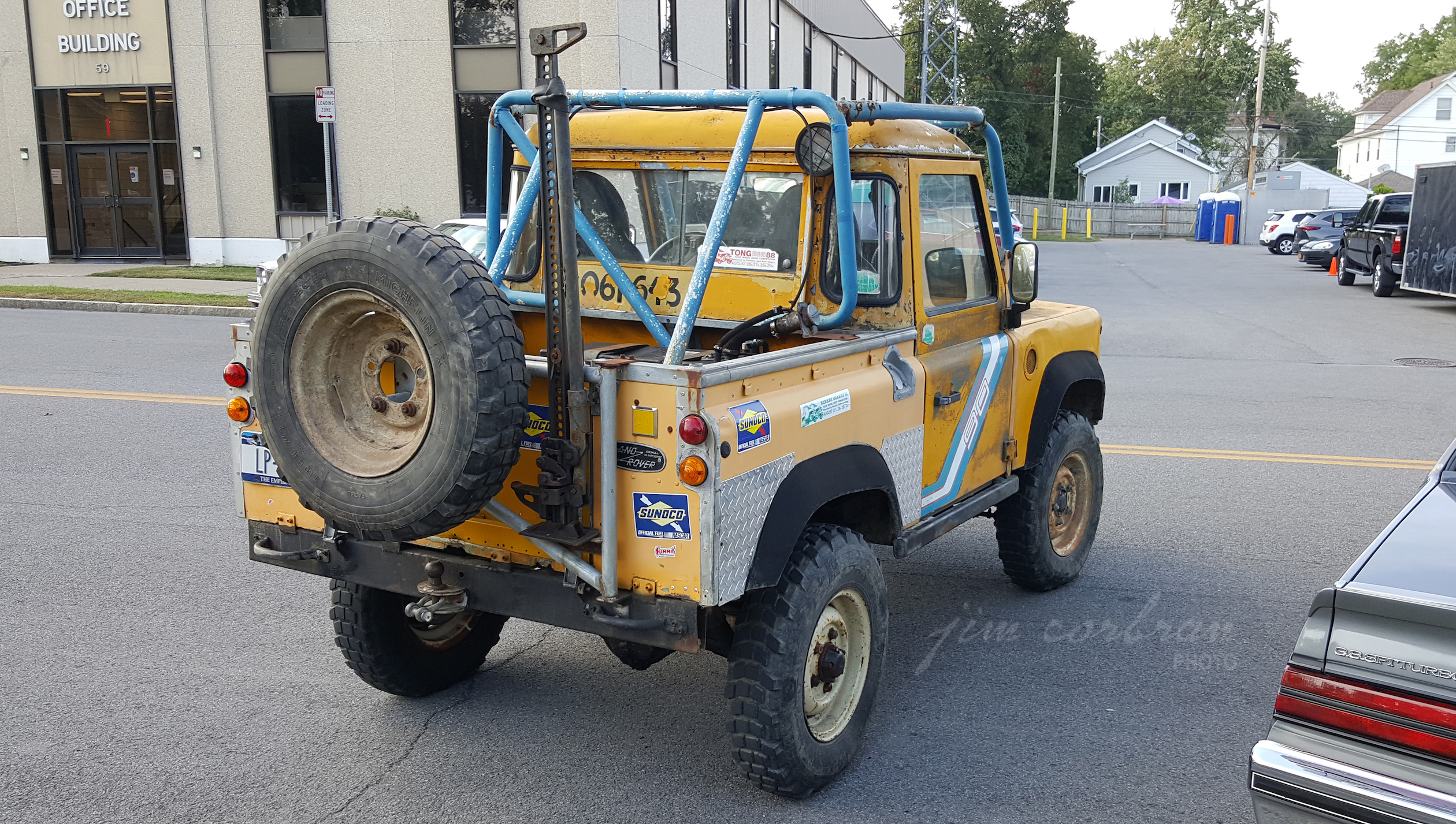 Most of my internet searches for a 1964 Land Rover like this one turned up vehicles that have the same basic shape, but are quite different in the details. The front ends, for example, look mostly like the one seen below in a brochure illustration. The door handles on today’s RealRide also differ in the fact that they’re horizontal and not inset into the door skins. Holes in the front fenders seem to be there for side marker lights, which weren’t federally mandated in the U.S. until later in the 1960s. So, why do I think it’s a 1964 model? Because that’s what the NYS registration sticker on the windshield said when we saw it last summer at a weekly cruise night at Ida Fritz Park in Lockport. 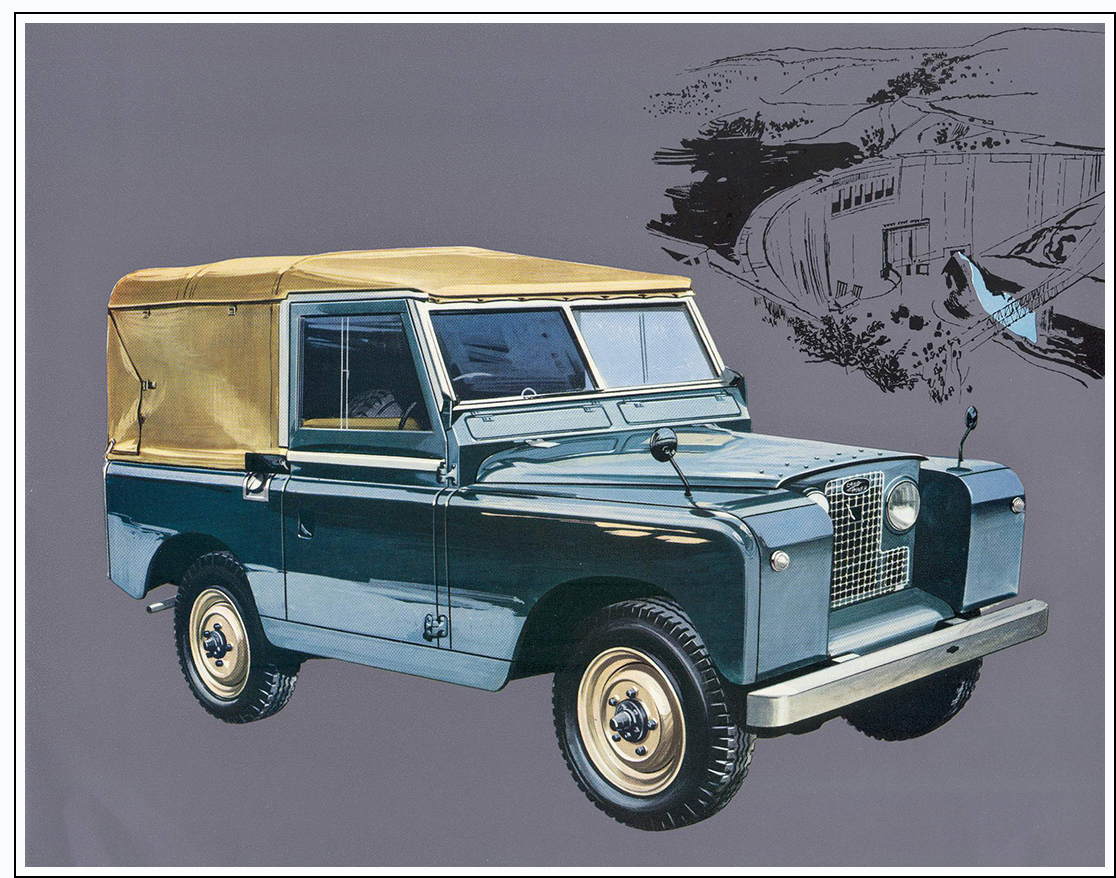