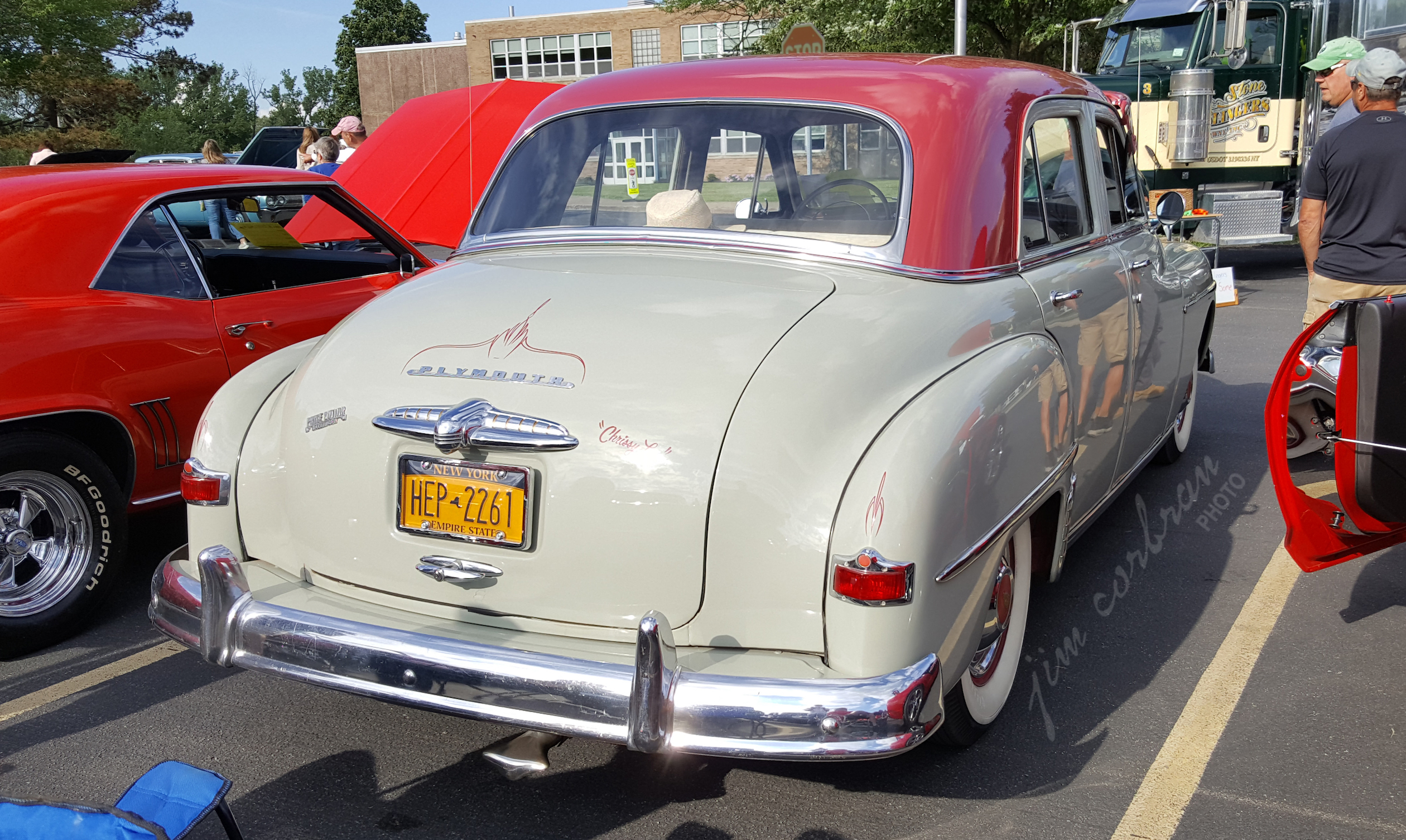 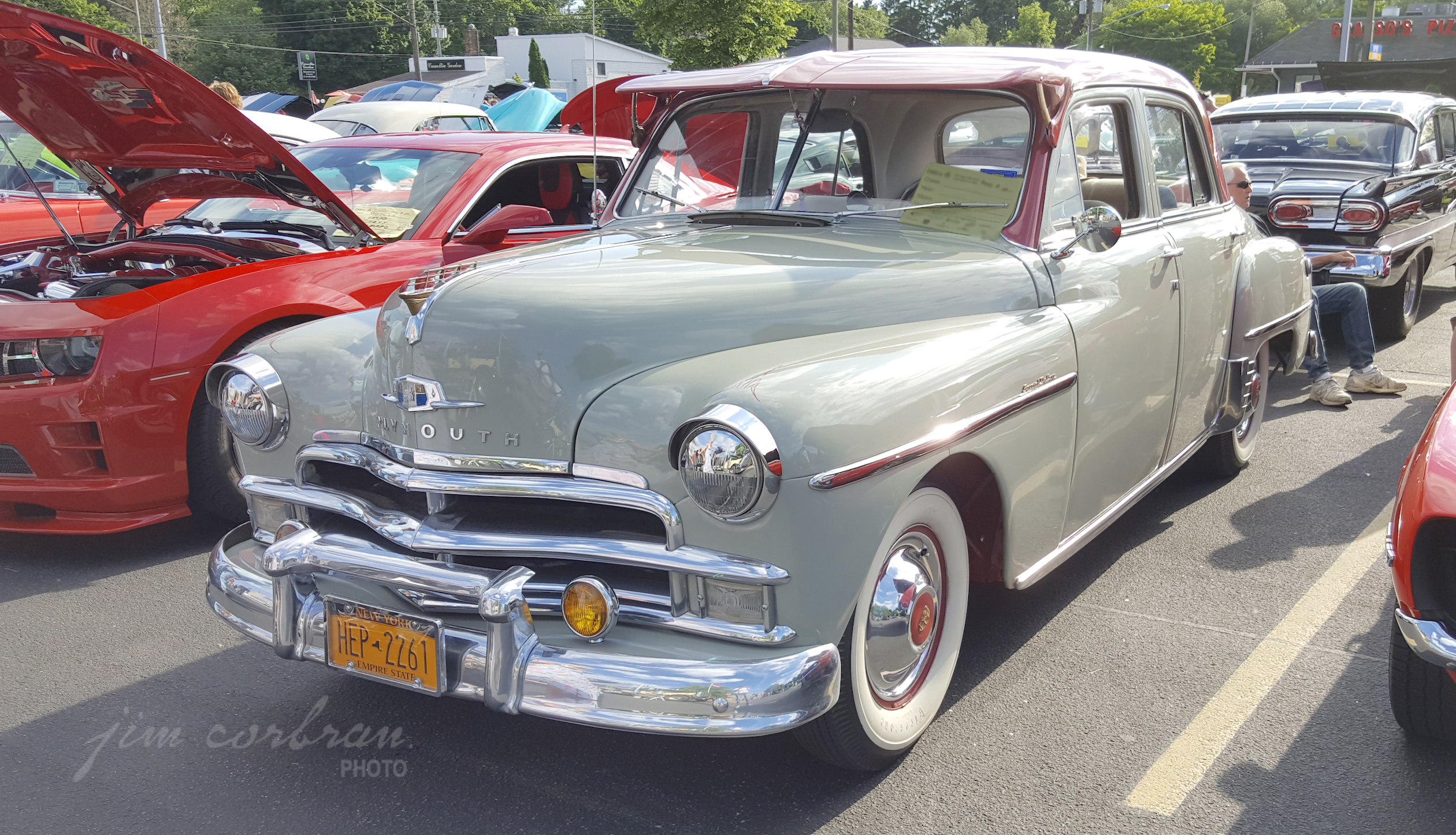 When I spotted this 1950 Plymouth Special DeLuxe at the recently held car & bike show put on by the Depew High School Academy of Finance in the Village of Depew, I made a bee-line over there to take these pictures before it got away. You just don’t see many Mopars from the early fifties these days. From here it looks like a factory two-tone paint job of Mexico Red over Peru Gray. Striking! The Special DeLuxe four-door was Plymouth’s biggest seller for MY 1950, with 234,084 being produced. Original MSRP was $1,629. It was part of the P20 lineup of cars, all of which rode on a 118.5 inch wheelbase. There were also smaller, P19 cars with a wheelbase of 111 inches. These were an array of two-door cars in the DeLuxe series, examples of which are the three-passenger coupe and the two-door sedan seen below in brochure illustrations (there were also a couple of two-door Suburban station wagons). 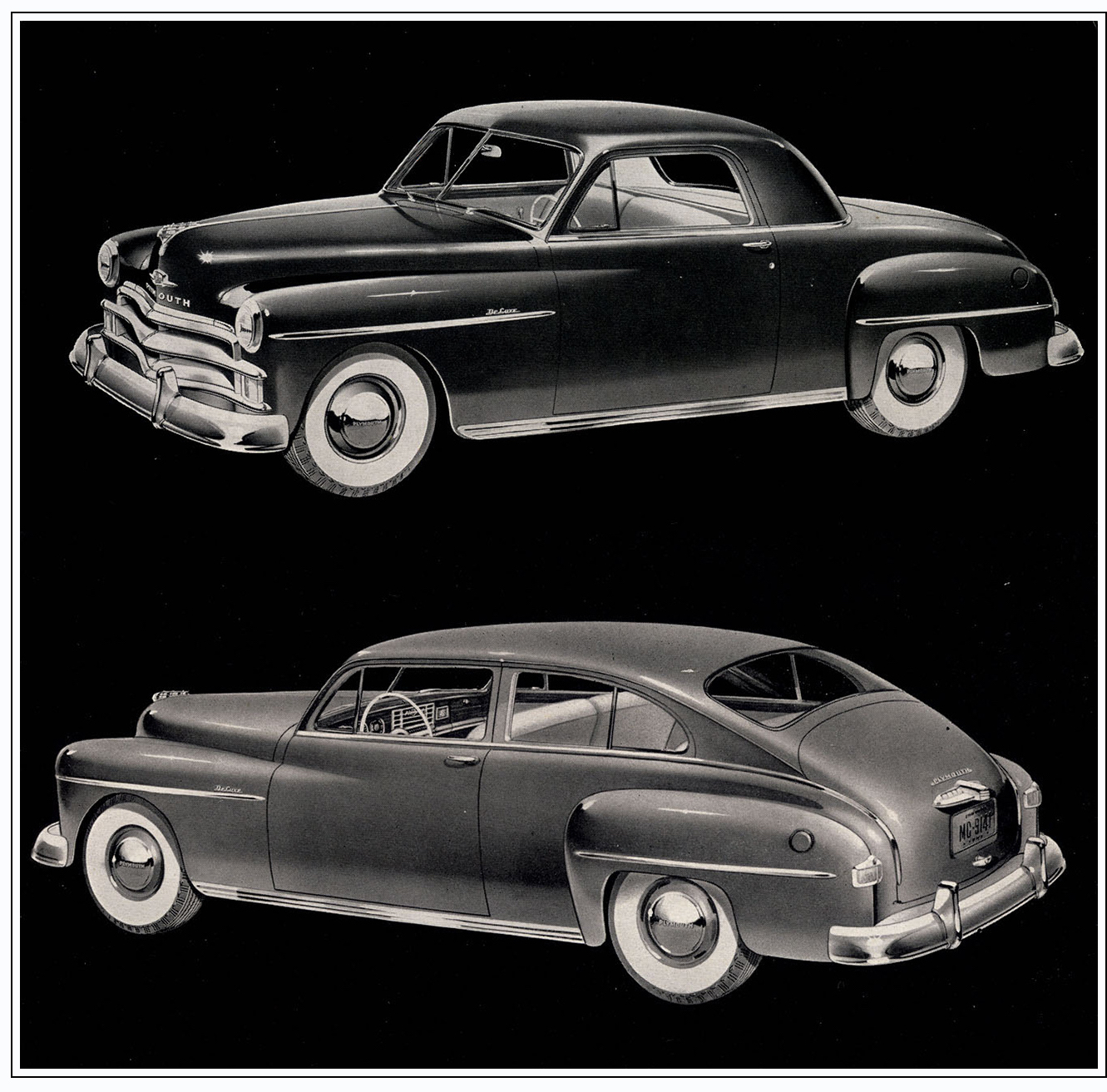