I know we’ve featured the occasional two-fer-one photo op here in the past, but I’m pretty sure this is the first quatre-fer-une séance photo to appear on RealRides. These four Renaults, all plated and ready to drive from the looks of them (we’ve seen them at car shows in the past), were spotted in an Albion yard last summer. Two Alliances (technically, the convertible in the back was badged a GTA) and two Fuegos. These cars of course, came about as the result of the American Motors-Renault partnership beginning in 1980. The Alliance was available in North America from 1983-87, while the much quirkier Fuego (which is Spanish for “fire”) was available here from 1985-87, and in other areas from 1980-92. The Alliance was also available in other markets, where it was badged as the Renault 9 (its sibling hatchback, the Encore, was sold elsewhere as the Renault 11, like the one seen below in a brochure illustration), and it remained in production in Turkey until 2000, where it was badged the Renault Broadway. 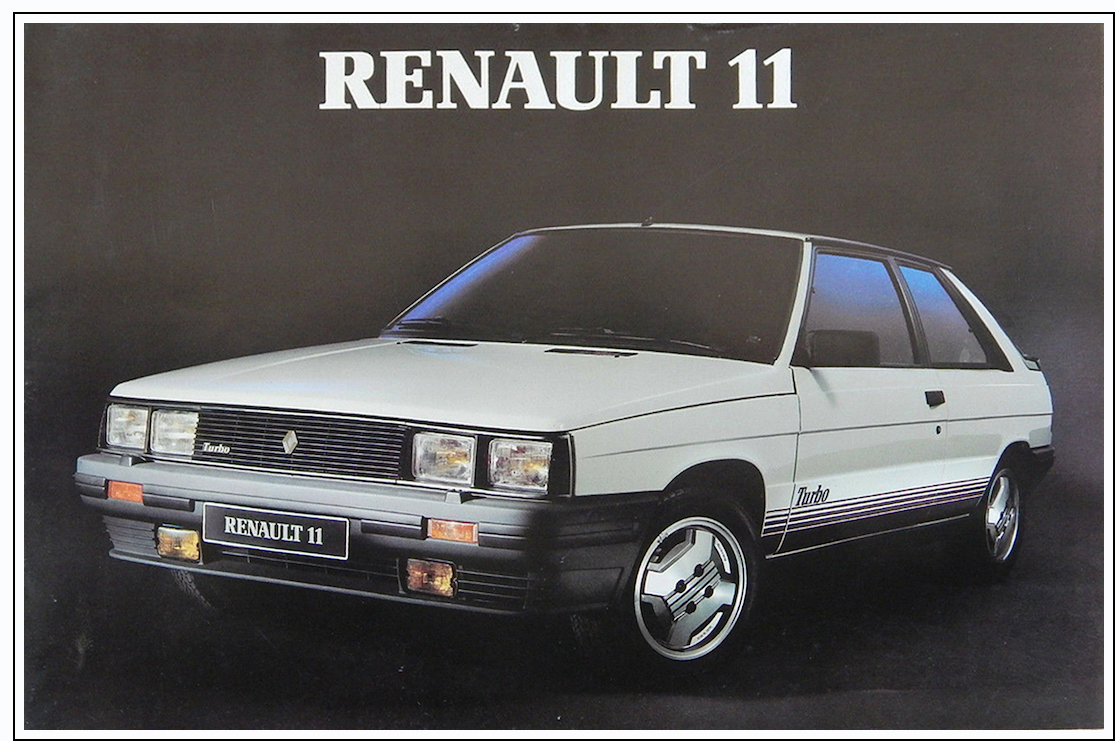