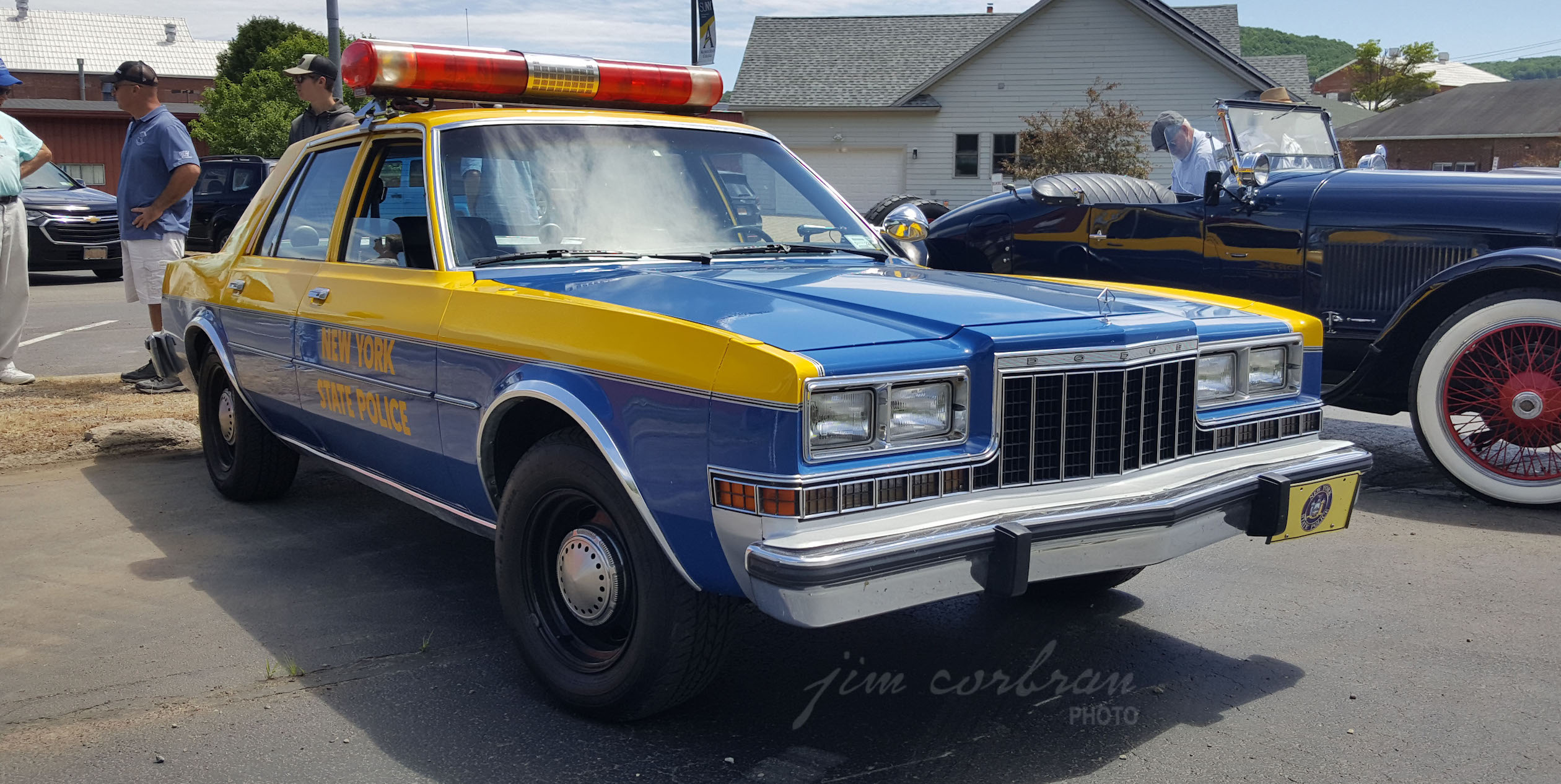 I imagine a few of us out there are old enough to remember this New York State Police cruiser color scheme. Some of us go back even further to the black over white combo seen below in the 1972 Plymouth Fury I pinterest photo. Today’s RealRide is a bit newer — a 1984 Dodge Diplomat seen in Wellsville last week in a gathering of spectators’ cars at the 2022 Hemmings Motor News Great Race lunch stop, which was held on the local Alfred State College campus. The Diplomat was one of four cars to share this same basic body — the other three being the Plymouth Gran Fury, the Chrysler Fifth Avenue, and north of the border the Plymouth Caravelle. Also a favorite of taxi drivers, these M-body cars debuted for MY 1977 as the Diplomat and the Chrysler Le Baron. The final models produced were the 1989 Fifth Avenue series. 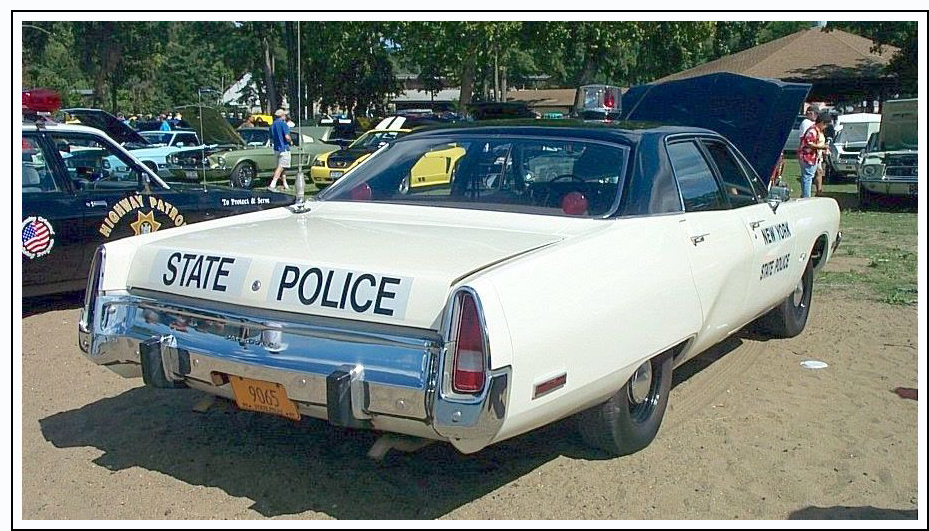