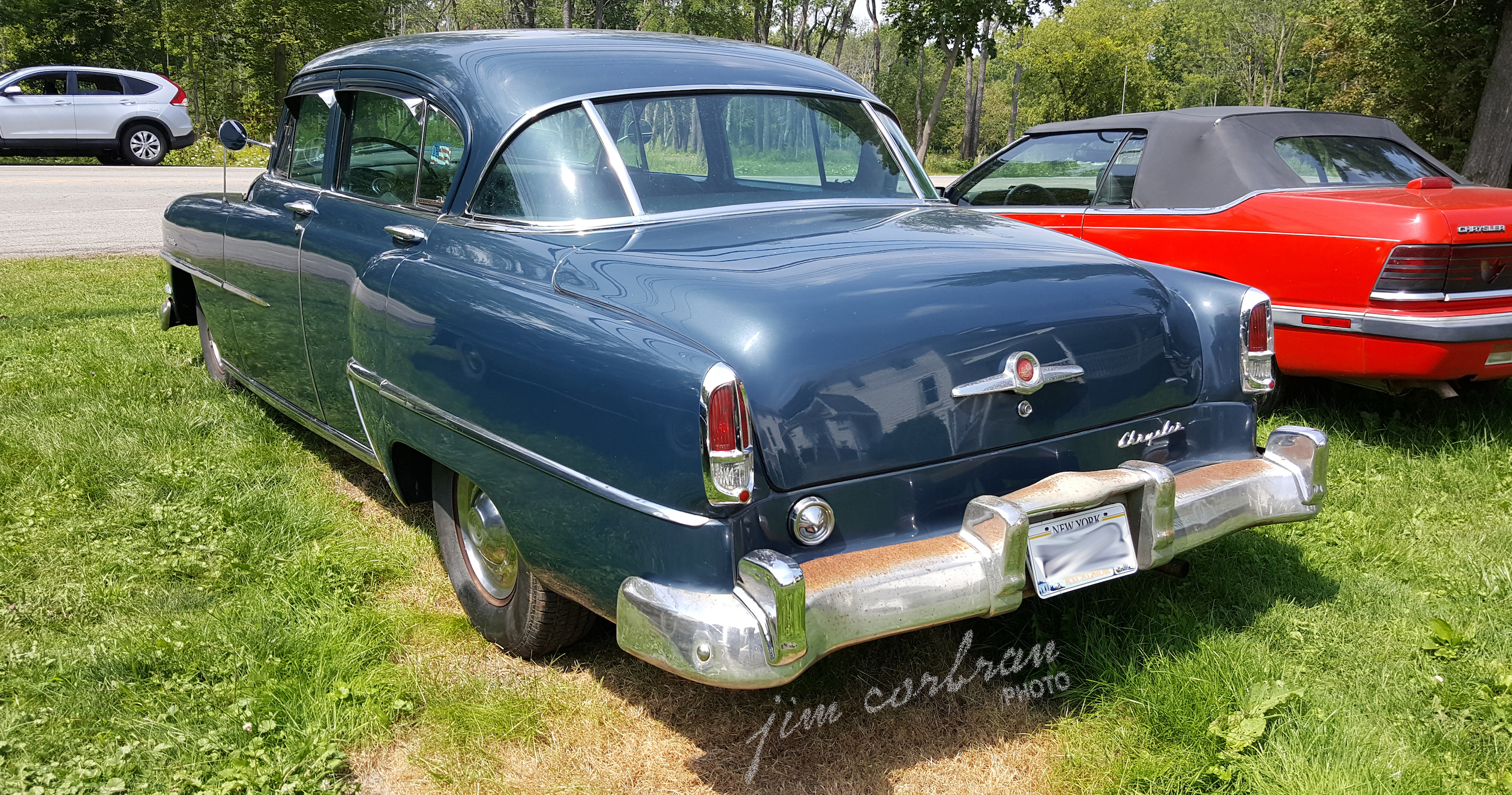 This 1953 Chrysler Windsor DeLuxe is not from the marque’s entry-level series. That would’ve been the plain ol' Windsor, which was available as Chrysler’s only two-door pillared car for 1953 (the Club Coupe), as well as — surprisingly (to me at least) Chrysler’s only 8-passenger sedan, along with the regular four-door sedan and Town & Country wagon. You can see the whole lineup in the brochure illustration below (including the Imperial, which at this point was still a separate nameplate). All Windsor models were powered by Chrysler’s Spitfire inline six, while the others had a Firepower V8 under the hood. We came upon this one last summer in Elma sporting a For Sale sign in the window. 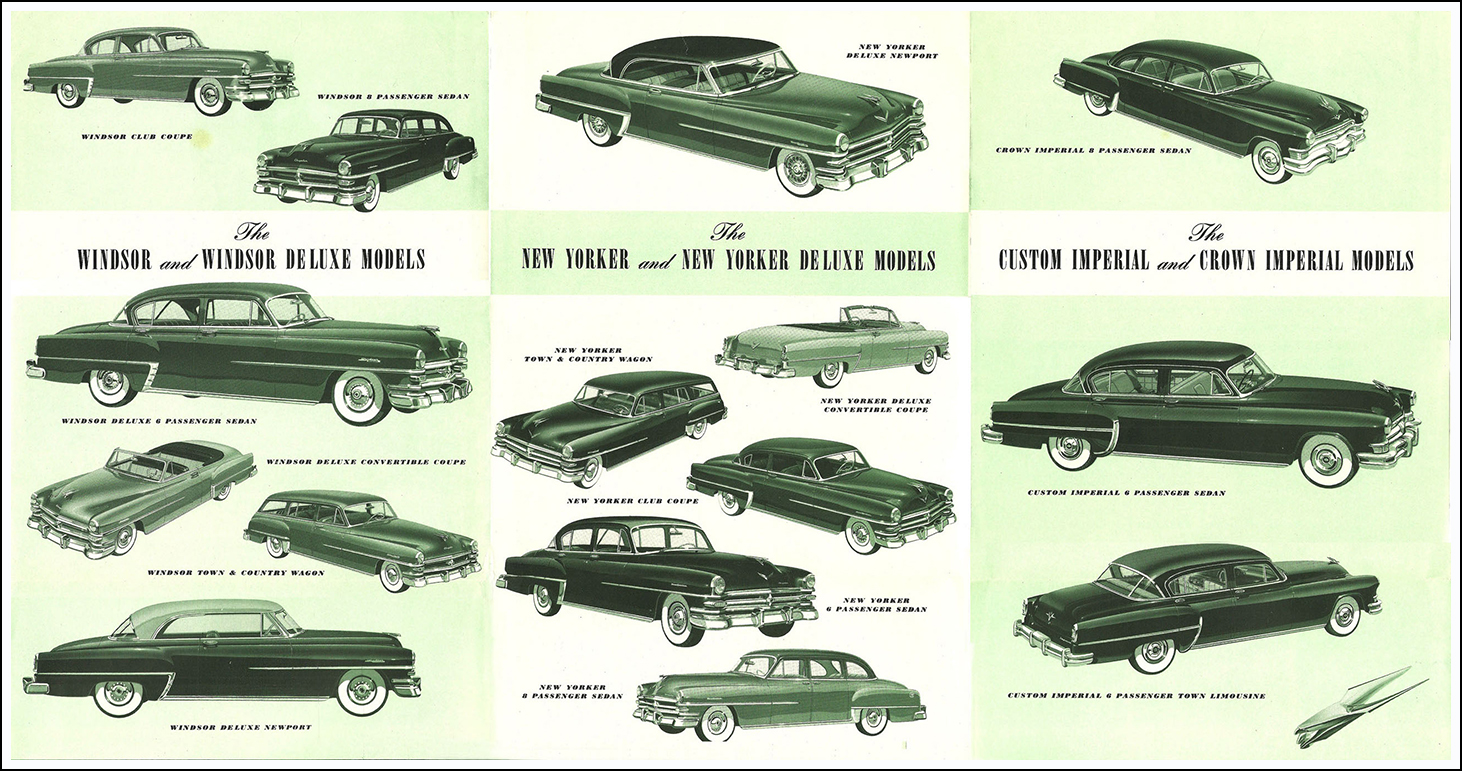