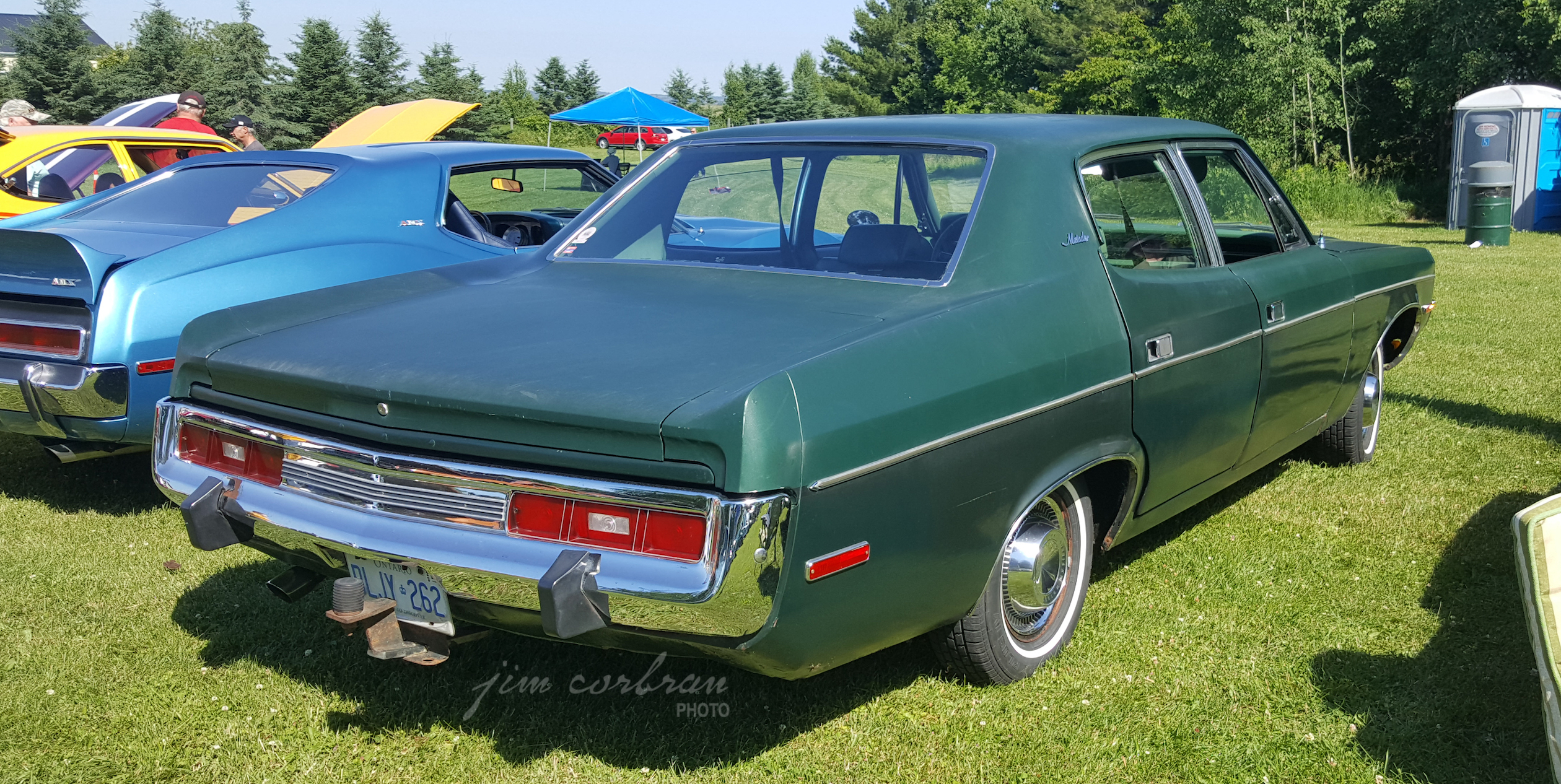 We finally “crossed over the bridge” a couple of weekends ago to attend the 26thAnnual Rambler-Rama, held this year in Port Perry, Ontario. Put on by the Northern Ramblers (AMC) Car Club of Canada, this year’s event featured almost 60 different AMC-related entries, including a bunch of AMXes, Americans, Marlins, and other assorted nameplates (including a few Hudsons) rarely seen at most other car shows. One of my favorites (if you’re a regular reader this shouldn’t surprise you at all) was this 1973 AMC Matador which made the hour or so drive up from Toronto. The Matador, AMC’s mid-size offering, was definitely on life support by 1973, with only one series of cars, offered as a four-door sedan and wagon as well as a two-door hardtop, all in six- and eight-cylinder versions. A very swoopy coupe would supplant the two-door hardtop for 1974, but its controversial styling wasn’t enough to save the Matador from disappearing after MY 1978.