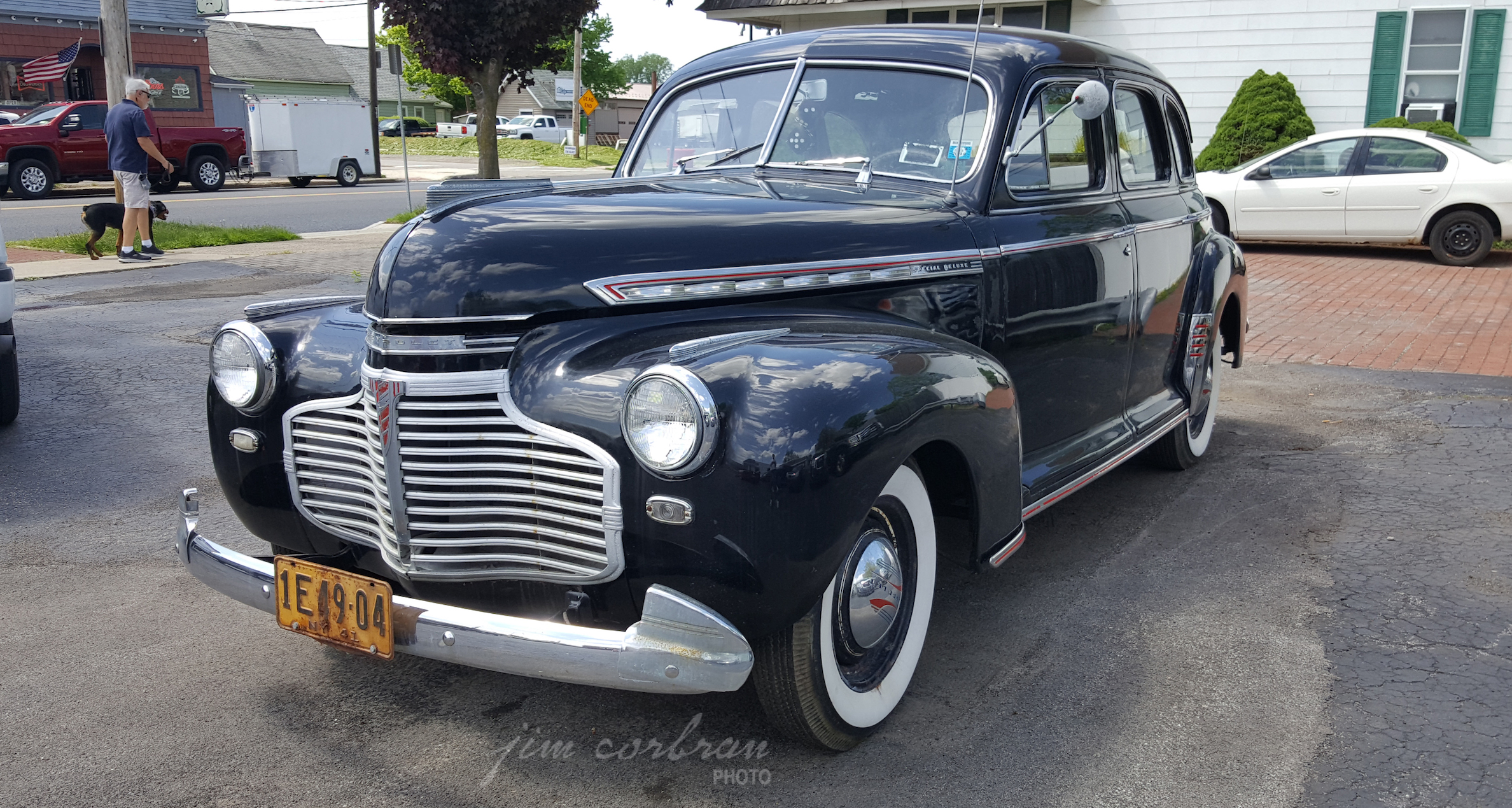 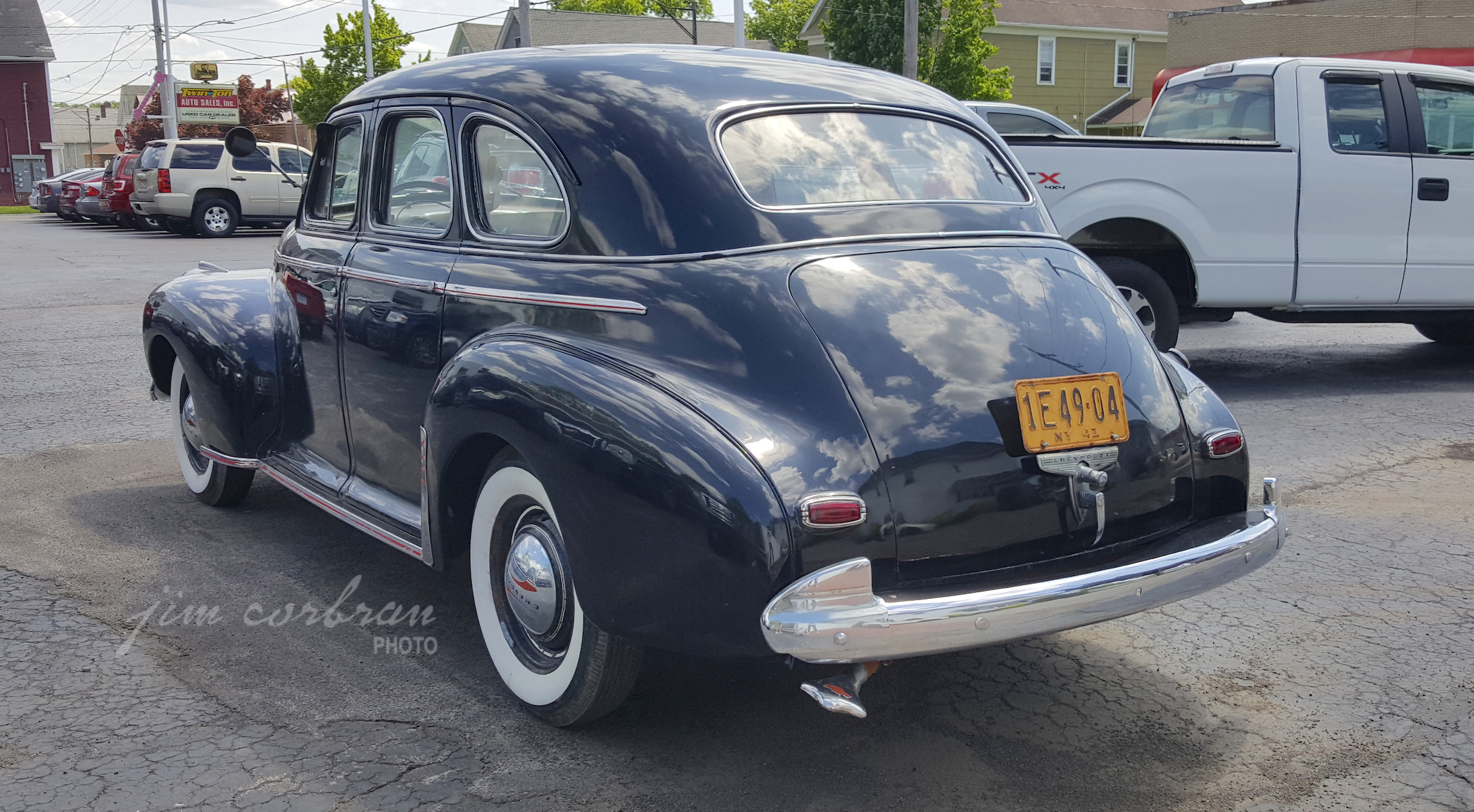 When we came across this 1941 Chevrolet Special DeLuxe Sport Sedan a while back, the guy moving it around the North Tonawanda parking lot we saw them in told us that he’d just bought it. From any angle it looks remarkably good for an 81-year-old car. For the record, Chevy’s 1941 four-door sedans were Sport Sedans while the two-doors were Town Sedans. There were other body styles as well: five-passenger coupe, business coupe, cabriolet, and station wagon; as well as another series, the base model Master DeLuxe.