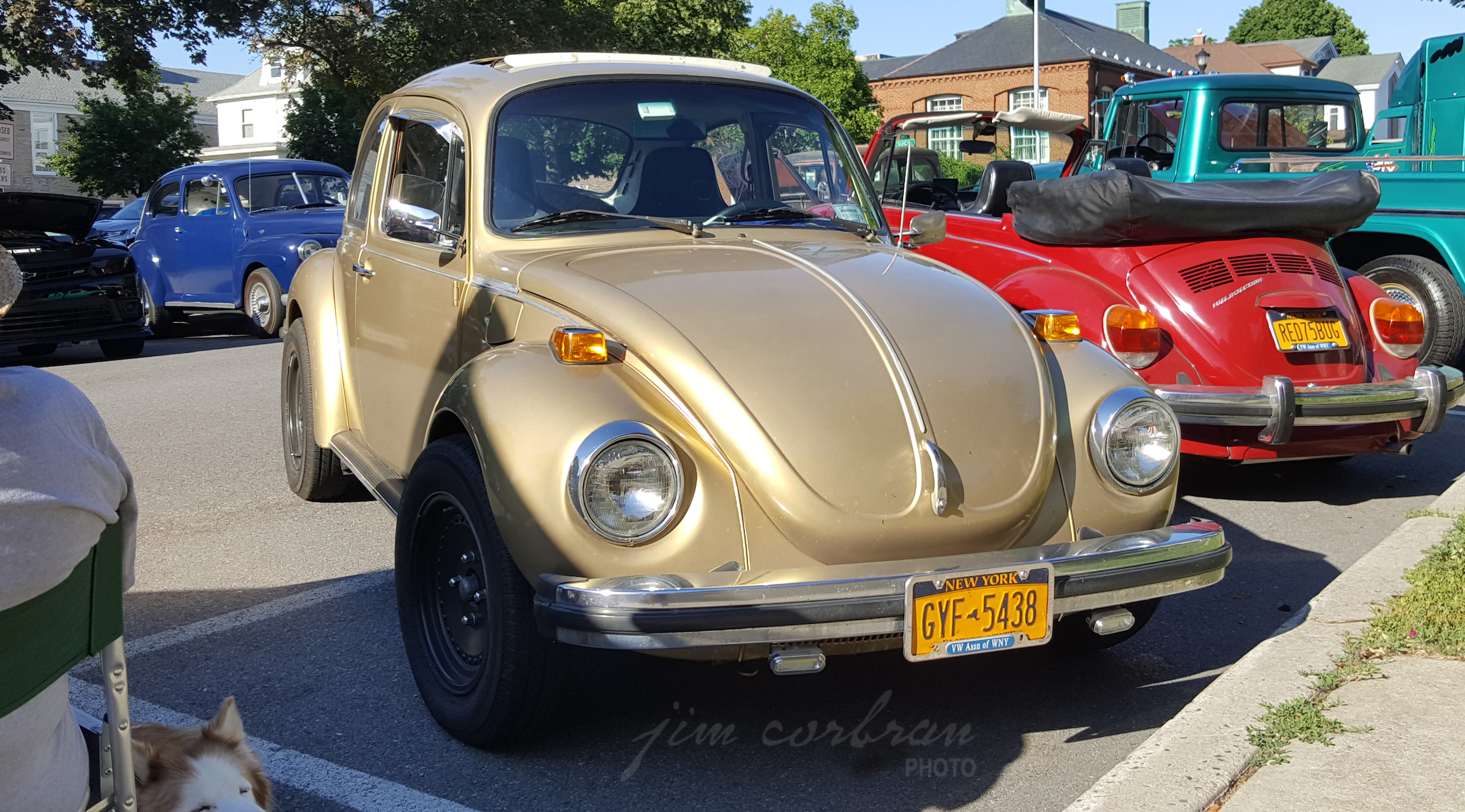 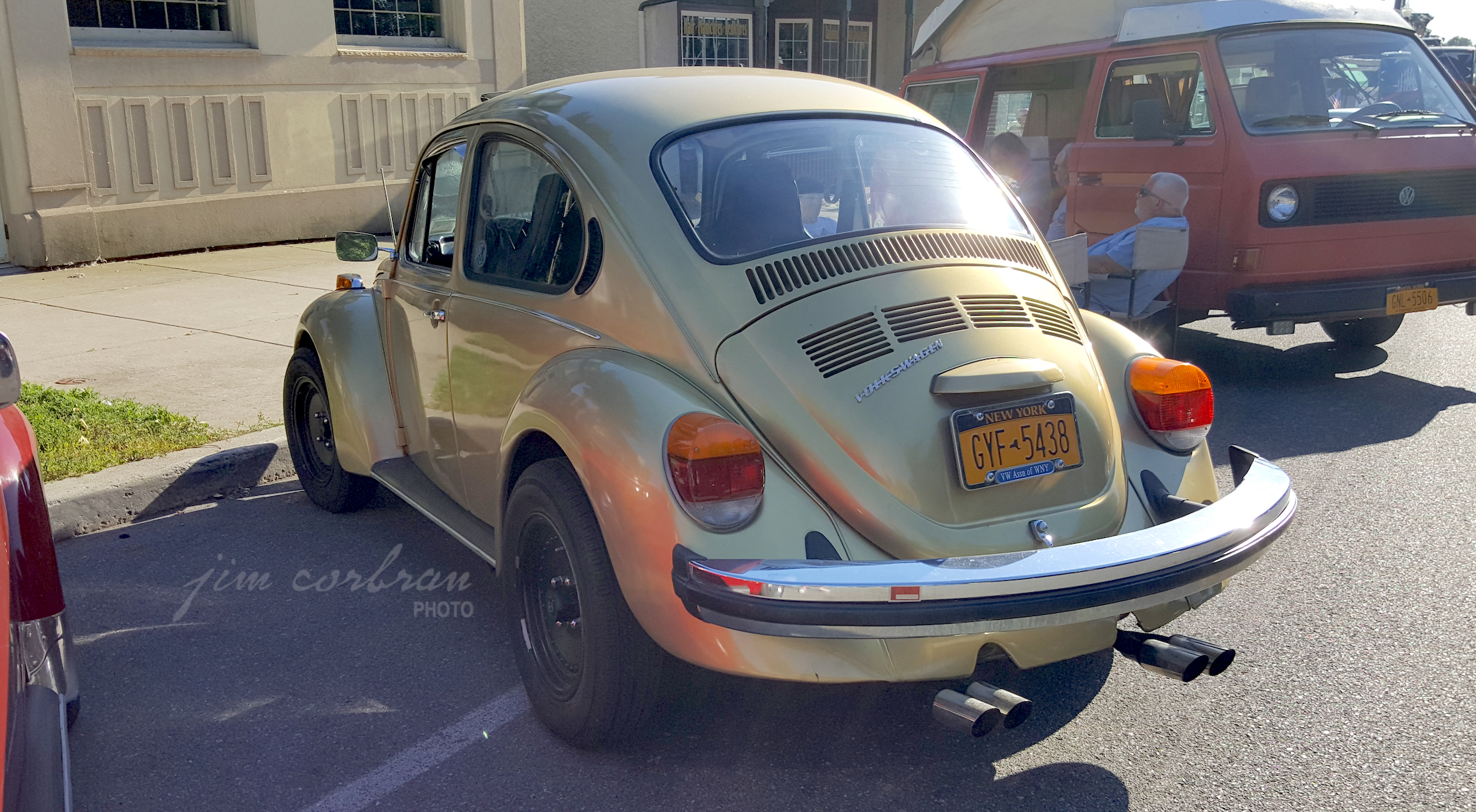 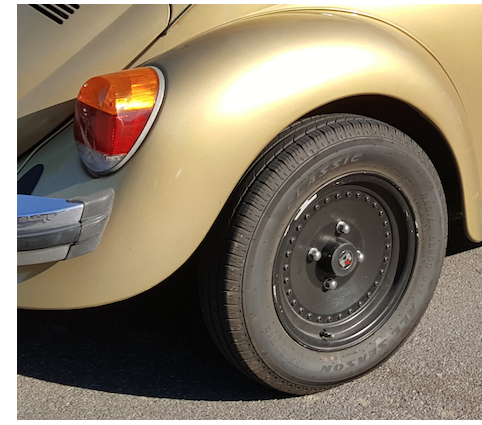 We’ve featured many of these cars here over the years, but the rims on this particular 1974 Volkswagen Super Beetle aren’t something you see every day. (I kinda like ‘em.) Contrary to some years, for 1974 VW officially called these cars Beetle and Super Beetle. Some years the engine size was included in the model name, e.g., 1971 VW 1200. We know these rims are add-ons, and I don’t believe this is a factory color either. Check out the ’74 Super Beetle color choices below. We saw this one a couple of weeks ago at a weekly cruise night in Akron. 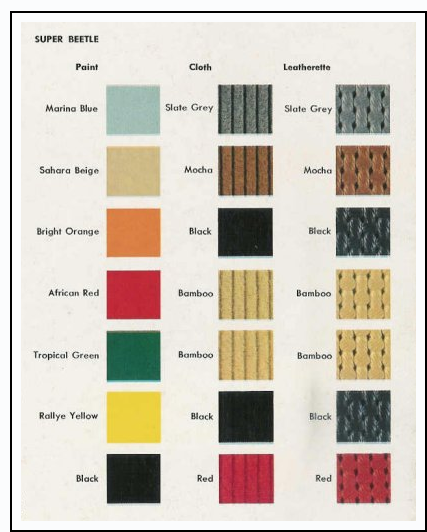